He had defied expectations and won an election by registering scores of new voters inspired by the possibility of electing a black leader. In office, he tried to govern above the fray...

Anna Sale, reporter for our co-producer WNYC’s politics website, It’s a Free Country, joins us to look back: back upon days when the President of the United States found himself up ag...

It was 1936, and it had been a difficult few years for President Franklin Roosevelt at the Supreme Court. Congress moved quickly to pass Roosevelt’s New Deal agenda, and the nine justices ruled swiftly to throw much of it out.

“No Supreme Court in history had ever struck down so many laws so quickly,” Jeff Shesol wrote in his 2010 book Supreme Power: Franklin Roosevelt vs. the Supreme Court. “Between 1933 and 1936, the Court overturned acts of Congress at ten times the traditional rate.”

Anti-Establishment Fervor In, GOP Elders Out?

Former Florida Governor Jeb Bush endorsed Mitt Romney yesterday, following the former Massachusetts governor's lopsided victory in Illinois. But whereas that might have been the gold-...

Party Undisciplined: Where are the GOP's Elders?

If we’ve learned one thing about the Republicans in the Obama era, the GOP is no longer the party of party loyalty.

Health Care in Court: A Primer to the Supreme Court Case

As the Supreme Court takes up a challenge to the health care overhaul known as "Obamacare," here's what you need to know about the arguments, the mixed court decisions so far, what th...

Mitt Romney has raised more money from New York than any other state. Anna Sale, It's A Free Country politics reporter, looks at Mitt Romney's fundraising in New York, including his visit to the city last night. Plus Nicholas Confessorre, politics reporter for The New York Times, discusses how Barack Obama is also turning to Wall Street for election cash.

No contender for the GOP nomination has been more successful raising campaign cash than Mitt Romney. Romney was just in New York City on a fundraising trip, taking checks from bankers and businessmen. But how might those big contributions harm the on-again/off-again Republican frontrunner, who's already struggling with an image problem generated by his immense wealth? And how might the Super PACs be turning the dynamics of this year's campaign on its head?

Mitt Romney was born in Michigan and governed in Massachusetts, but New York is fundraising home.

He's raised more money here than any other state, and nine of his top ten fundraising zip codes are in New York City or its suburbs - in Fairfield County, Connecticut, according to the Center for Responsive Politics. He’s back on Wednesday for fundraisers in New York City and Stamford, Connecticut.

What's at Stake on Super Tuesday?

Voters in 10 states weigh in on the Republican presidential line-up today in Super Tuesday primary elections and caucuses around the country. Four hundred and thirty-seven delegates are up for grabs -- but also at stake is the momentum of the campaign. Who is out there voting today? Is the Republican primary voter demographic in Idaho and Alaska the same as in Tennessee and Georgia? And who are they voting for? 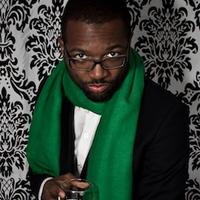 Join political reporter Anna Sale as she hosts our Super Tuesday event brought to you by It’s a Free Country. Author and comedian Baratunde Thurston will share the stage with Anna as will a stellar cast of contributors to It's a Free Country, including WNYC's Brian Lehrer.

"My observation of the Republican primary campaign is that it has pandered to the ultra-ideologues in the political arena. It has also made the whole atmosphere really jingoistic," Chopra said.

Anna Sale, It's A Free Country politics reporter, and John Heilemann, national affairs editor for New York Magazine and author of Game Change: Obama and the Clintons, McCain and Palin, and the Race of a Lifetime, look at the Michigan and Arizona primary results.

With shifting demographics, the white, working-class worker isn't the only voting block that matters — but they're still very vocal and powerful one. Sharing some beliefs and experiences of disillusionment, these voters primarily cast their ballots based on social issues. As Romney continues to slide in his home state the day before the election, it's possible that Santorum could yet again surpass him in the Michigan and Arizona primaries.

Despite the talk about Wall Street’s grousing with the Obama administration, New York’s Obama bundlers in 2012 are still dominated by fundraisers in finance, consulting, law and real estate.

Over the weekend, Romney won both the CPAC straw poll and Maine caucuses; he'll head to Arizona on Monday while Santorum heads to Washington. After rioting and looting in Athens, Greece's parliament approved an austerity and debt-relief bill early Monday. Back in the States, President Obama unveils a budget blueprint Monday. Later this week, Chinese Vice President Xi Jinping visits the White House. Fourth quarter earnings reports from more than 50 S&P 500 companies are expected this week.

Obama SuperPAC Push: What It Might Mean in NYC

The Obama campaign announced this week that it will encourage the president's supporters to give to the SuperPAC backing his reelection effort, and New York donors will be a prime target. A WNYC analysis of disclosure forms shows Romney's SuperPAC raised 44 times more than Obama's in New York last year.

Nevada Caucus and the Month Ahead

It was another decisive victory for Mitt Romney as he easily took Nevada this weekend. Things appear to be looking up for the on-again, off-again Republican front-runner. This month's Primary schedule favor the former Massachusetts governor. But with a long road ahead to the Republican National Convention in September, it's still possible that Romney's key GOP antagonist Newt Gingrich could regain his momentum.

Former Massachusetts Governor Mitt Romney won the Republican caucus in Nevada yesterday by about 25 points, helped in part by Mormons, who made up more than a quarter of the voters who turned out.

This big win cast against renewed scrutiny of Romney's silence about his faith. Frank Rich castigated Romney's silence on his faith in last week's New York Magazine. "Romney's very public persona feels like a hoax because it has been so elaborately contrived to keep his core identity under wraps,” Rich wrote in the article, titled “Who in God's Name is Mitt Romney?”

Over the weekend at Columbia University, scholars and students — Mormon and not — were asking the same question. But the broader concern was what Romney's presidential run means for Church of Jesus Christ of Latter-day Saints, and more than a few described deep ambivalence about this new spotlight.

Explainer: Your Guide to the February GOP Caucuses

The caucuses over the next few weeks are a little, well, meh. But the local gatherings, and their turnout, will give us some sense as to the mood of the party base in a very different set of states.