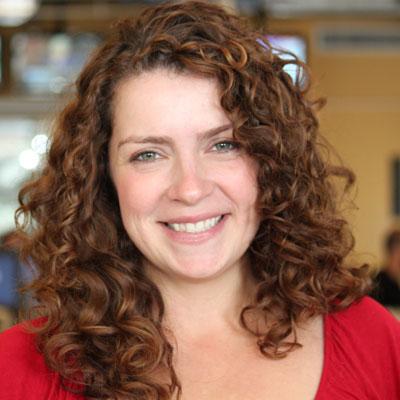 Brigid Bergin is an award-winning senior reporter on the People and Power desk.

Brigid is fiercely committed to telling stories that help people engage and support democracy. Her reporting has led to multiple appearances on NPR, MSNBC and the PBS. In April 2016, she broke the news of a voter purge in Brooklyn just days before New York’s presidential primary, triggering city, state and federal investigations. She hosted WNYC's live midterm election series, The People' Guide to Power, and regularly guest hosts The Brian Lehrer Show and The Takeaway. She graduated from the University at Albany and the CUNY Newmark School of Journalism. Follow her on Twitter @brigidbergin

Brigid Bergin appears in the following:

We catch up on the latest controversies surrounding New York congressman George Santos.

More than 1 in 4 otherwise eligible Black Manhattanites are barred from juries because of a felony conviction. WNYC’s Brigid Bergin reports that claim is at the heart of a new lawsuit.

‘Voters should not be disregarded’: Alvin Bragg reflects on first year as Manhattan’s DA

Manhattan's top prosecutor reflects on becoming Republican gubernatorial candidate Lee Zeldin's target and what he needs to improve next year in a one-on-one with WNYC's Brigid Bergin.

Georgia Heads to a Runoff...Again

The Midterms aren't over yet. Once again, Georgia is headed to a runoff Senate election on December 6th.

A Shadow Looms Over Qatar For The World Cup

An estimated 6,500 migrant workers have died constructing the infrastructure for the 2022 World Cup, and Qatar's record on women's and LGBTQ rights have also raised concerns.

What It Takes To Engage Young Voters

Jack Lobel, deputy communications director and spokesperson for Voters of Tomorrow, joins us to talk about some of the organizing work that goes into sustaining the youth vote.

Navigating the Adderall Shortage with ADHD

A professor of cognitive psychology joins us to dispel misconceptions about ADHD and the medication commonly used to treat it, Adderall.

The People's Guide To Power: How'd It Go In NY And Around The Country?

WNYC/Gothamist senior political reporter Brigid Bergin hosts a conversation about the results of the 2022 midterms, and where we go from here.

Brigid Bergin joins to discuss her reporting on the process of voting and tallying votes.

The People's Guide To Power: The Stakes Of The 2022 Midterms

WNYC/Gothamist senior political reporter Brigid Bergin hosts a conversation about what's at stake for the country, and the NY/NJ region, in this year's elections.

Early voting begins as Youngkin and Hochul rally with supporters

This will be a busy week across the region as candidates make closing arguments to voters. WNYC's Brigid Bergin and Michael Hill discuss what voters need to know.

The People's Guide To Power: The Power Of The Law To Protect Voting

WNYC/Gothamist senior political reporter Brigid Bergin hosts a conversation about threats to our election infrastructure, and how the law protects against them.

The People's Guide To Power: The Power Of Labor

One New York Republican is worried about high voter turnout in New York City this November. He happens to be a commissioner on the city Board of Elections. WNYC's Brigid Bergin reports.

The People's Guide To Power: The Power Of The Dobbs Decision

WNYC/Gothamist senior political reporter Brigid Bergin hosts a conversation about how abortion rights as an issue is playing a role in this year's midterms.

The People's Guide To Power: The Power Of Money In New York Politics

WNYC/Gothamist senior political reporter Brigid Bergin hosts a conversation about how elections are financed, and what it means for our democracy.