John Keefe appears in the following:

Where the Heck Is Hell's Kitchen?

New York is a city of neighborhoods — but where those neighborhoods begin and end isn't entirely clear. DNAinfo asked its readers to crowdsource the boundaries, and the results are in.

Take a Tour of the New St. Pat's

A major restoration of the cathedral was expedited for the pope's visit this month. Hear our tour with the rector and an architect, and slide back and forth on a before and after photo.

In or Out? Test Your Line-Judge Skills

The quarterfinals of the U.S. Open start today, and if you can't make it to Queens, the Wall Street Journal has a cool way to experience the action — by judging if a ball is in or out.

Like manspreading. And stealing cabs. What if stock photos depicted the way people actually behave?

We took temperatures at 103 platforms during Wednesday evening's rush. Here are the results.

An example of how numbers can make a story extremely personal.

A look at major events at the intersection of race and policing.

When it comes to samples, size matters.

What's in the Air as You Cycle City Streets?

Fine particles of black carbon are linked to a wide array of heart, respiratory and other health problems. WNYC and Columbia want to know how those air particles affect bike commuters.

Where New York City Kids Are Not Getting Vaccinated

WNYC is the first to obtain access to vaccination rates in the largest public school system in the U.S. And now, you can look them up.

6 Killed in Metro-North Crash in Westchester

A crowded Harlem Line train crashed into a Mercedes SUV in Valhalla on Tuesday evening, creating a fatal explosion — and the deadliest incident in the railroad's history.
Read More

The mayor says accumulation could hit three feet, with winds gusts of 50 miles an hour, making for one of the nastiest snowstorms on record. 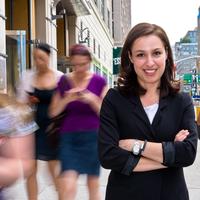 Bored and Brilliant: The Lost Art of Spacing Out

Wed, Jan. 14 | SOLD OUT. Join New Tech City for a digital detox that will help you reclaim the time you spend on your phone and use it to rediscover the creative benefits of boredom.

Resisting Arrest in Black and White

Records show police are far more likely to file resisting arrest charges against blacks than whites — another sign of the troubled relationship between communities of color and the NYPD.

New Yorkers' opinions are as diverse as the city itself — from hopelessness to optimism to disbelief.

Cool Enough For Ya?

The number of scorchers this year is down drastically from years past. The mercury has reached 90 degrees just four days this summer, while New York City typically experienced at leas...

Congressman Charlie Rangel has declared victory in New York's 13th congressional district Democratic primary. But he only leads Adriano Espaillat by about two thousand votes, and a significant number of absentee ballots have yet to be counted. WNYC political reporter Brigid Bergin and Data News team's John Keefe break down the politics and data of the super-close race.