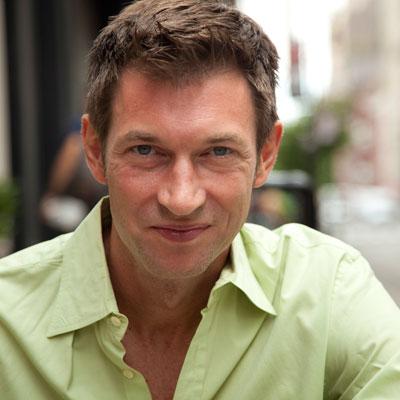 On Friday, April 24, 2020, Richard Hake passed away. New York Public Radio President and CEO Goli Sheikholeslami issued this statement on Hake's career and his many contributions to WNYC.

Since 1992, Richard Hake has worked as News Host and Reporter at WNYC. His live and produced radio feature segments range from hard breaking news to cultural and artistic sound portraits. Richard’s work has been heard both nationally and locally on the NPR programs, Morning Edition, Weekend Edition, All Things Considered and On The Media. His voice is regularly heard during on air fundraisers and as fill in host for various WNYC shows.

Richard Hake appears in the following:

88nine Radio Milwaukee
The state never restored the core services in health, labor and safety-net programs that got cut during the 2008 recession. And that's hurting the governor's response to the pandemic.

If you die at home from the coronavirus, there’s a good chance you won’t be included in the official death toll.

More than 3,000 COVID-19 patients are hospitalized in New York State, with more than 700 in intensive care.

After days of mounting pressure from parents and teachers, Mayor de Blasio announced Sunday night the nation's largest system will shut down for at least a month.

The Trump Organization used middlemen to pay New York City tax assessors to lower its property tax assessments in the 1980s and 1990s, according to new reporting from Trump, Inc.

In this week's look ahead: the coronavirus outbreak, the New York state budget, Harvey Weinstein's sentencing, and listen for the sound of spring: red-winged blackbirds are back.

In this week's look ahead: New York has its first official COVID-19 case. Mike Bloomberg will appear on a primary ballot for the first time. And: more on transit and accessibility.

The CDC will now begin testing people who traveled to Iran, South Korea, Japan and Italy.

The View on Mike Bloomberg from the Southeast

Ahead of Super Tuesday, we checked in with three southeastern states — Tennessee, Arkansas and North Carolina — to hear how voters there are feeling about the former New York City mayor.

Those of us in NYC have a lot of experience — and feelings — about Mike Bloomberg. We spoke to reporters in Super Tuesday states to see what voters in Texas, Oklahoma and Utah think.

In this week's look ahead: NYC — and Mike Bloomberg — haven't closed the chapter on stop and frisk. New York's plastic bag ban goes into effect, and NJ Gov. Murphy delivers his budget.

Co-creator and host Kurt Andersen talks about memorable moments in the show's history.

A voting rights trial in East Ramapo could end Orthodox Jewish dominance of the town's school board.

This week's look ahead: tensions between police, the mayor, and protesters in the aftermath of the shooting of two NYPD officers. It's 'tin cup day' in Albany. And: misogyny in Trenton.

Bus routes in Queens have largely stayed the same since the 1940s. The MTA says that’s why it’s drawing a new network. But when it released the first draft, it was met with backlash.

West Side Story Returns To Broadway — And Brings Controversy With It

Protesters are calling for the removal of a dancer from the Broadway revival of "West Side Story," since he has been accused of soliciting explicit images of another dancer.

Younger Children More Likely to be Classified with Learning Disabilities

In this week's look ahead: proposed changes to New York City's property tax system, the coronavirus outbreak, and a case that's been a lightning rod for critics of bail reform.