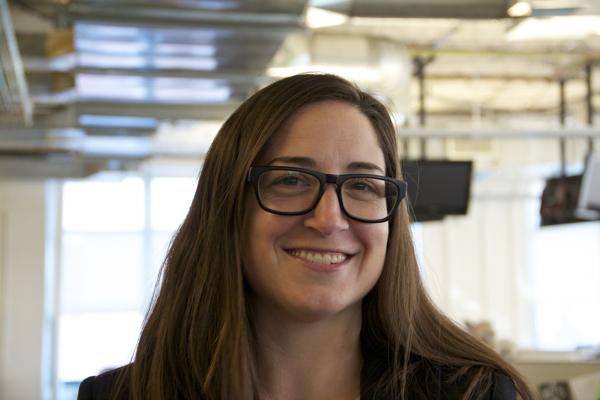 Caitlin Thompson is WNYC.org's executive editor, and oversees the Empire Recap Podcast, Soundcheck and produces Duplicast and the Mad Men Pre-Game Show. She was WNYC's political editor during the 2012 election, graduated from the Missouri School of Journalism and is the titleholder of the women’s tennis team’s pizza eating contest. Thirteen slices.

During the 2012 election, she served as WNYC's political editor, overseeing the award-winning interactive site It's A Free Country as well as the New York political blog The Empire.

Caitlin covered the 2006 and 2008 elections for The Washington Post, where she produced the daily Post Politics Podcast and Citizen K Street, an investigative series on the rise of lobbying. From there, Caitlin went on the campaign trail for TIME, where she profiled the McCain campaign’s resurgence in New Hampshire, the Barackstar effect and how to eat a Huckaburger, among other stories. Caitlin graduated from the Missouri School of Journalism and is the titleholder of the women’s tennis team’s pizza eating contest. You can follow her on Twitter @caitlin_thomps.

Caitlin Thompson appears in the following:

Lindsay Gibbs of "Burn It All Down" and Caitlin Thompson of "Racquet Magazine" on what sports to watch this month.

What the USWNT Can Learn From Tennis

Caitlin Thompson, co-founder of "Racquet", on what the United States Women's National Team can learn from the fight for pay equity in tennis.

Sarah and Delphine team up to battle the neolutionists, family ties are strained and remade, and our clone hosts try to pick up the pieces after Orphan Black's shocking Season 3 finale.

Delphine goes full Single White Female on Shay, the Castor mole isn't who we expect, and Hanna and Emma explain what happens when our beloved Orphans head across the pond.

World-renowned codebreaker Johnny Taiwan joins our hosts for an intense lesson on cryptography and being a dungeon master.

We Talk to Mark Wahlberg, Champion of Clones

Cosima and Alison pull a switcheroo over some much needed pee, Helena and Mrs. S finally come to blows, and as our clone hosts explain, a fierce hug heals all wounds.

When Television and Science Collide in a Fiery Ball

Sarah and Helena hash it out in captivity, Cosima's new girlfriend might be sinister and Paul takes on the government – until it blows up in his face.

The Clone's Guide to Breaking Out of Prison

Sarah and Helena are locked up together - but according to our clone hosts, they're still so far apart. Cosima has a hot date and Gracie's gone full CW.

Don't Do it, Don! Suicides, Rebirths and the Art of the Finale

Don confronts his life deceptions in Kansas, Pete is wooed by the prospect of a simpler life - maybe including Trudy - and Betty gets a devastating diagnosis.

I’m Just a Clone with a Podcast

Things get awkward when Hanna and Emma's least-favorite clone, Janet, stops in. Plus: How to survive a close-range bullet wound.

The Don Draper of Cats

Don goes on the run, Joan battles egregious sexism at McCann and Roger and Peggy send off the SC+P offices in proper fashion.

The girl and boy clones are related, Mark bites it in a cornfield, Allison has fully broken bad, and clone sisters Emma and Hanna are here to explain it all.

The team gets back together for one last pitch to save their agency. But is it too late to save the show from ignoring a big blind spot?

Hanna and Emma puzzle out Orphan Black's action-packed second episode: Paul is back with a vengeance, Helena's getting waterboarded in the desert and Donnie grows some stones.

Sally's back! A grown-up Glen gets weird with Betty! And Don's apartment reeks of failure.

Our clone-hosts are back from hibernation and ready to relive the glory of the Orphan Black season premiere. Rachel is alive? Male clones are whack? And what is the deal with Helsinki?

If You Could Clone Jesus, Would You?

Twin clones Hanna and Emma moderate a fierce - and at times baffling - debate between Minister Cooper Gray and Epigeneticist Myron Benjamin about the ethical quandaries of cloning.

Megan got her divorce, Don got dumped by the diner waitress and Harry Crane's true pervy nature was revealed. But whither Sally Draper? We miss that kid.

While the characters on this show might be "OK," they're never actually ok. Why not?

Wherein We Meet Our Maker

It's an emotional day for our clones as they prepare for the new series of Orphan Black and finally meet the father of modern cloning, Dr. Brian Chair. Hear his shocking revelations.
1 2 3 4 5 6 7 Next