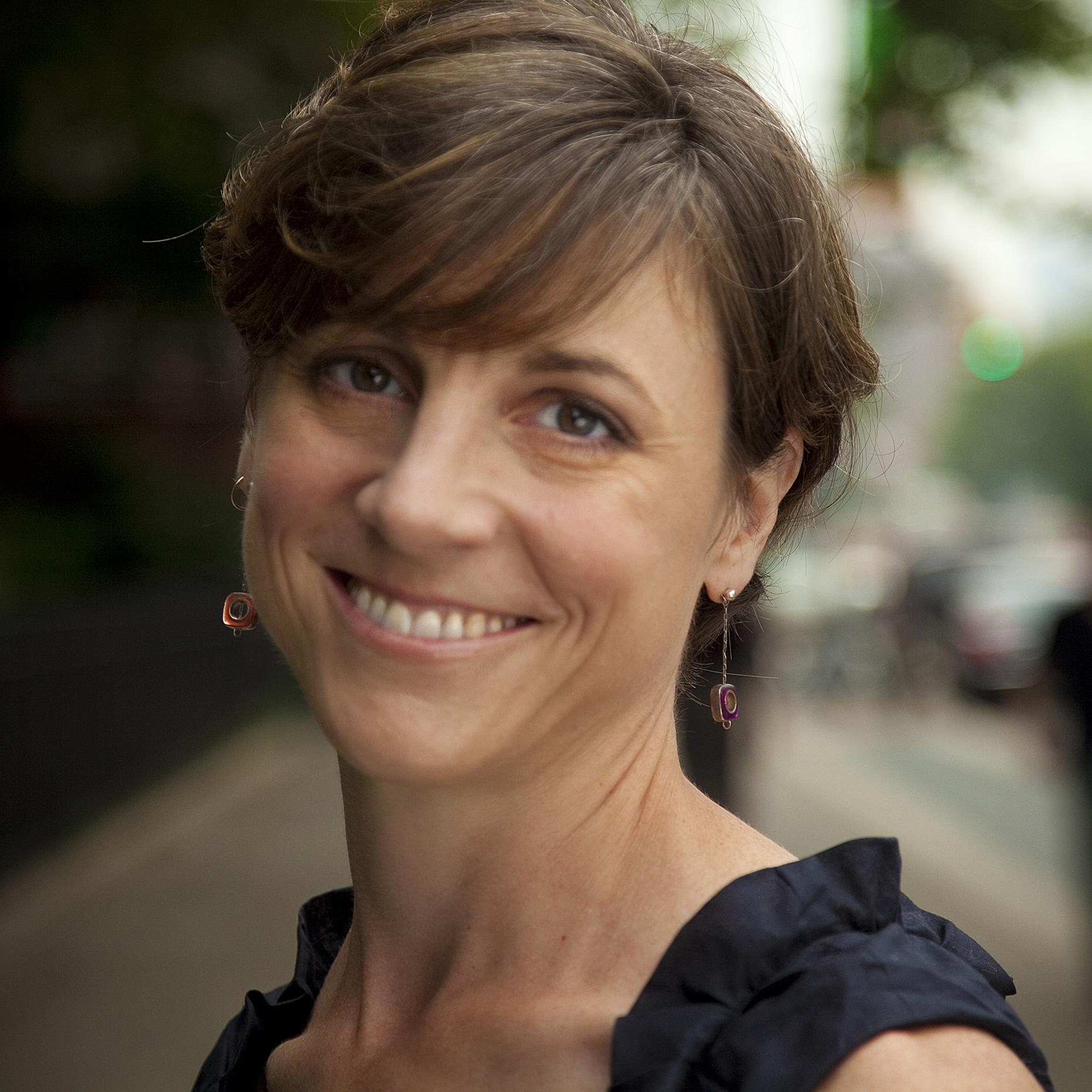 Amy Eddings is the local host of “All Things Considered,” which airs from 4 PM until 8 PM weekdays.  She started hosting in 2004, after long-time host JoAnn Allen left for the West Coast.  Before ATC, Amy was a reporter.  Her favorite topics were--and still are--garbage and recycling, which she still reports on whenever she can get out of the studio.

Amy joined WNYC in 1998, after serving as the news director and morning news host at WFUV-NY for almost four years.  Amy owes her start in radio to Richard Bolles’ career-changing classic, “What Color is Your Parachute?” Prior to reading that book, she worked in a law firm and wrote Off-Off Broadway reviews.

Amy, along with her colleague, Andrea Bernstein, has received several awards for their series on homeless housing, “Handshake Hotels.”  Those awards include the Society of Professional Journalists’ 2003 Sigma Chi Delta Award for investigative reporting, the Investigative Reporters and Editors prize for radio, and The Newspaper Guild’s 2003 Heywood Broun Award, which acknowledges journalistic achievement, especially if it helps right a wrong or correct an injustice.  Amy has also received the New York Press Club’s 2002 Feature Award for her story on a church in the Rockaways, which held 15 funerals and memorial services in the aftermath of the September 11th attacks and the crash of American Airlines Flight 587.  Her work and family series, “The Juggling Act,” won a bronze medal at the 1998 International Radio Festival.

Amy Eddings appears in the following:

If You Think Manhattan is Pricey, Try Buying Farmland Near New York City

Farmland in lower Hudson River counties like Columbia County can go for $7,000 to $10,000 an acre, too pricey for beginning farmers. Rental agreements and land conservancies can help.

All you need to start a farm in New York City is the right roof.

Ready to trade your metrocard for a wheelbarrow? Here’s a list of resources to help you gain the skills, find land, scale up and buy the farm. Happy hoeing.

Questions to Ask Yourself Before You Become a Farmer

The farm-to-table ethos is firmly established in New York City's restaurant scene. But a growing number of New Yorkers are becoming more interested in the farm side of the equation.

The Rise to Power of Sheldon Silver

Who is Sheldon Silver — and how did he become one of the "Three Men in a Room" who run New York State?

Sen. Gillibrand Takes Columbia Activist to State of the Union

The junior Senator from New York hopes holding schools responsible for campus sexual assault will be on the president's agenda in 2015.

A shoving match at a delegates meeting in Queens Tuesday night could point to bigger problems for PBA President Patrick Lynch.

The New Jersey Governor highlighted the accomplishments of his five years in office while beginning his pivot towards a national audience.

Filmmaker Ken Burns says that for Cuomo, baseball was about democracy.

A week after WNYC aired a story about the city's 911 problems, Mayor de Blasio called for a review. Here's the story and an update on what's been done so far.

2014 was another boundary-stretching, genre-pushing year on television.

Progress and Political Ploys at the Port Authority

Major League Baseball fans hoping for an influx of Cuba's mythical talent will have to wait a while longer.

The conflict between Mayor de Blasio and the police unions has reached a new level of tension.

How One Pastor Is Responding to Eric Garner

The Rev. Amy Butler of the Riverside Church says the church has a role in racial justice issues.

After the ratings success of "Sound of Music Live," NBC is back with Peter Pan. Featuring flying actors and new songs, there's the potential for a little more disaster this year.

An 11-year-old Brooklyn boy with a big personality and a colorful name lit up television sets all over the nation Monday night.

City to Divert Thousands from Rikers and Into Treatment

The task force said that 400 individuals accounted for 10,000 jail admissions over five years. It said that 67 percent of those 400 were mentally ill and 99 percent use drugs or alcohol.

Most of the waste collected under New York City's pilot composting program is now going to landfills, due to the shutdown of a Delaware facility.