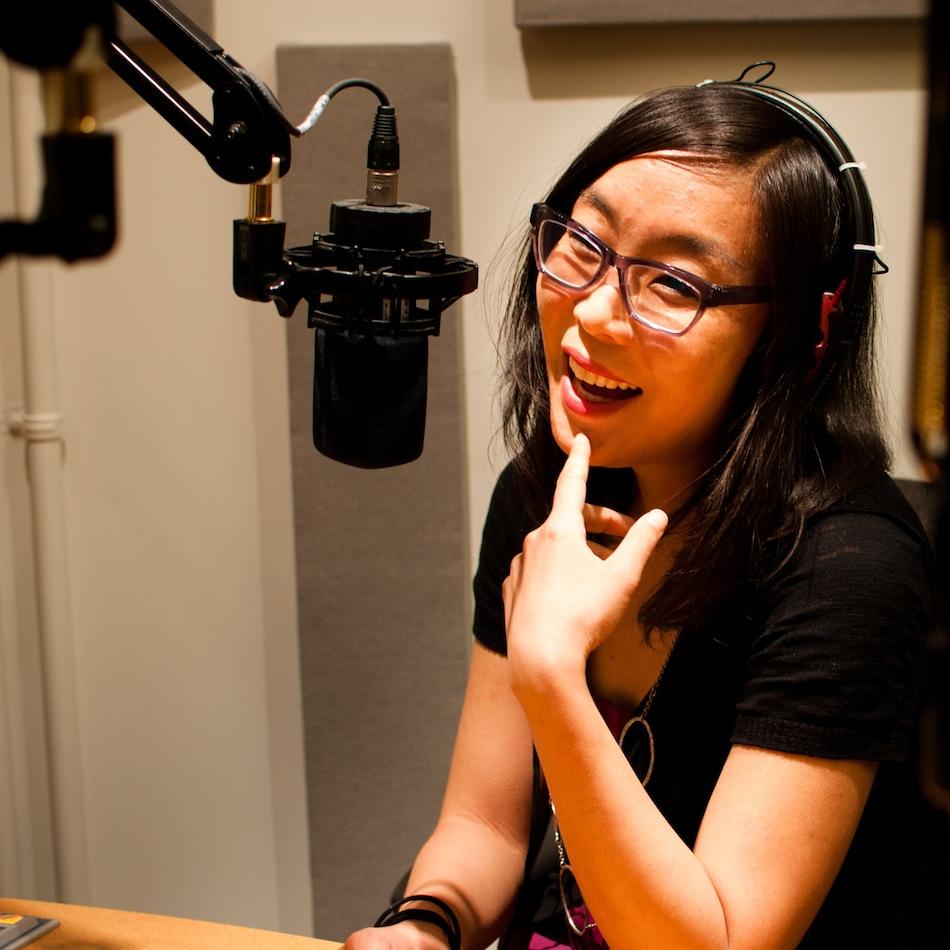 Kristen Meinzer is culture producer for The Takeaway and co-host of The Takeaway's Movie Date podcast.

For The Takeaway, Kristen produces stories on contemporary social issues, history, health, science, arts, and entertainment. She's also produced several stand-alone hour specials for The Takeaway, including one on time travel and another on the mysteries of the human brain. The Takeaway reaches an audience of over 2 million listeners nationwide and is a recipient of the Radio Television Digital News Association's Edward R. Murrow Award.

As one half of the Movie Date team, Kristen hosts and produces the weekly Movie Date podcast and appears every week on The Takeaway. Movie Date has twice been selected as the iTunes Podcast of the Day and has been ranked as one of Stitcher's top movie podcasts.

In addition to her regular duties with The Takeaway and Movie Date, Kristen is a regular commentator on Soundcheck, BK Live, the New York broadcast of All Things Considered, the Brian Lehrer Show, and the New York broadcast of Morning Edition. She also produces cultural and scientific live events for the Jerome L. Greene Space; has contributed to WQXR.com; and she served as the launch producer for the James Beard Award-nominated food podcast The Sporkful.

Prior to working with WNYC, Kristen was a development producer for CBS News Productions; an associate research scholar with the Center for Media, Culture and History; and a freelance producer, editor, and writer for VH1's The Fabulous Life, The Discovery Channel's Anatomy of a Pandemic, The Brooklyn Review, and The Minnesota Daily.

Kristen holds a BA in cultural studies from the University of Minnesota, an MA in public history and consumer culture from New York University, and an MFA in fiction writing from Brooklyn College.

Kristen Meinzer appears in the following:

We take your calls on the death of Queen Elizabeth II.

What's making us happy: A guide to your weekend listening and viewing

Each week, the guests and hosts on NPR's Pop Culture Happy Hour share what's bringing them joy. This week: The Voyeurs, FBoy Island, and more.

What's making us happy: A guide to your weekend reading and viewing

Each week, the guests and hosts on NPR's Pop Culture Happy Hour share what's bringing them joy. This week: Everything Everywhere All At Once, Jerrod Carmichael's standup special, and more.

What's Making Us Happy: A Guide For Your Weekend Watching, Listening And Reading

Each week, the guests and hosts on Pop Culture Happy Hour share what's bringing them joy. Today it's Schmigadoon!, Sean Bankhead's choreography, and the name change for the Cleveland baseball team.

Kristen and Jolenta share the advice that's stuck with them, and the advice they've ignored over the past year.

A Rare Glimpse Behind of the Crown

The BBC spent 22 years negotiating with Buckingham Palace for an interview with Queen Elizabeth II. And they finally got it.

The New York Times Podcast Club, IRL: 'By the Book'

Do French women really not get fat? Join By the Book's Jolenta Greenberg and Kristen Meinzer for a look inside their episode in which they lived by Mireille Guiliano’s self-help book.

Kristen Meinzer, a former producer for The Takeaway, is one of the women who spoke out with allegations against John Hockenberry, the show's former host. She shares her story here.

Following the death of Mary Tyler Moore on Wednesday, a look at how Moore changed the entertainment industry since her first acting job at 17.

Thanksgiving Is For Eaters (with Amy Sedaris)

The humorist and Cooking Channel host gets deep on ravioli – from Chef Boyardee to his grandma's recipe to what he calls "the Kenny G of ravioli."

The man who runs one of the biggest matzoh factories in the world schools us on the science behind these excellent crackers. Then Dan debates kosher law with a rabbi.

Why You Should Listen To Your Food

Changing the background music can make chocolate taste sweeter. Hear and taste the difference for yourself in this episode of The Sporkful.

Derek Eland will try to capture the essence of Mount Everest when he becomes artist-in-residence there later this year.

Rafer and Kristen wrap up 2015 with their favorite films of the year.
Read More

Looking Ahead: Your New Year's Guide to 2016

Happy New Year! On the first day of 2016, The Takeaway examines the year ahead—from foreign policy and race, to technology and art.

2015 Was a Great Year for Fierce Movie Characters

Also, cartoons about our emotions. From Mad Max to Inside Out, the Movie Date team looks back at the best movies of 2015.

Encryption: The Next Battle for Civil Liberties?

Julian Sanchez, senior fellow at the Cato Institute, says diminishing encryption would open up technology to weaknesses that could be “exploited by the bad guys.”

The Child Bride Next Door

Across the United States, tens of thousands of children have entered into arranged or forced marriages in recent years.

Concussion, Joy, The Revenant, The Hateful Eight, and Much More!

There are seven big releases this Christmas 2015, and Rafer and Kristen review (almost) all of them.
Read More