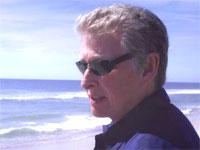 Mike Nichols was born Michael Igor Peschkowsky in Berlin, Germany of a Russian father and German mother. His family immigrated to the United States when he was seven.

His father changed the family's name to Nichols, his patronymic, because he was a doctor and he said by the time he spelled his name the patient was in the hospital. Mike was brought up in New York City. He attended the University of Chicago where, together with Elaine May and Paul Sills, he was one of the founding members of the comedy group The Compass, later renamed Second City.

In 1957 the now legendary team of Mike Nichols and Elaine May was formed. Starting at the Blue Angel in New York, they performed in night clubs all over the country. Nichols and May did numerous TV specials and appeared as guests on such shows as Omnibus, Dinah Shore and Jack Paar. In 1960 they brought AN EVENING WITH MIKE NICHOLS AND ELAINE MAY to Broadway where it ran for a year. They were still selling out when they decided to end the run and pursue separate careers. At this point, Nichols turned to directing.

When producer Saint Subber offered him Neil Simon's BAREFOOT IN THE PARK, Nichols asked to employ a young actor he had seen on television the week before whose name he had not caught. The name was Redford. Robert Redford starred in BAREFOOT IN THE PARK along with Elizabeth Ashley and Mildred Natwick. Nichols won his first of seven Tony Awards for BAREFOOT. He then directed an unprecedented string of hits that included: THE KNACK, LUV (Tony, best dir.), THE ODD COUPLE (Tony, best dir.), THE APPLE TREE, PLAZA SUITE (Tony, best dir.) PRISONER OF SECOND AVENUE (Tony, best dir.), THE GIN GAME (winner of the 1978 Pulitzer Prize) and STREAMERS (winner of the New York Drama Critics Award). He directed highly successful revivals of THE LITTLE FOXES and UNCLE VANYA, the U.S. productions of COMEDIANS as well as THE REAL THING (Tony, best dir.), HURLYBURLY, SOCIAL SECURITY, WAITING FOR GODOT and DEATH AND THE MAIDEN. As a theatrical producer, he presented WHOOPI GOLDBERG ON BROADWAY and won the Tony for his blockbuster show, ANNIE.

In 1987, Nichols received the George Abbott Award, and in 1990 was honored by the American Museum of the Moving Image for his contribution to the film industry. In May of 1999 he was honored by The Film Society of Lincoln Center. In 2003, he received the Kennedy Center Honor. Nichols was honored in 2004 with the Lifetime Achievement Award from the Directors Guild of America. He is Chairman of the Board of Friends In Deed, a non-profit organization he founded with Cynthia O'Neal to provide emotional, spiritual, and psychological support to anyone affected by life-threatening illness, primarily AIDS and cancer. He also founded the New Actors Workshop with Paul Sills and George Morrison, a two year professional acting training program where he teaches a master class. He is married to the journalist Diane Sawyer and has three children from former marriages. Mr. Nichols lives in New York City.

Mike Nichols appears in the following:

The film and theater director was on the Lopate Show in 2012 and 2013. He spoke about why he loves directing plays on the stage and why he fired himself from the 'The Sopranos.'

"I think that to make something alive, instead of on a page, is an honorable task. And it turns me on."

“Death of a Salesman”

Director Mike Nichols continues his award-winning streak with a recent Emmy Award for Best Directing for “Angels in America;” the Kennedy Center Honor in 2003 and the Lifetime Achievement Award from the Directors Guild of America in 2004.

Mike Nichols is a multi-faceted leader in the entertainment industry who has been honored for his contributions to both stage and screen. His accolades include an Oscar(R) , an Emmy, seven Tony Awards and a Directors Guild Award. He joins host Gilbert Kaplan to share his musical favorites.