author of The Empire blog 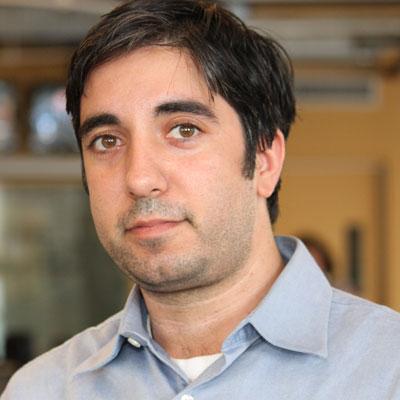 Azi Paybarah appears in the following:

FAQ for the Primaries

As New Yorkers go to the polls, the hosts of FAQ NYC discuss the candidates.

With a month to go until the New York State Senate primaries, here's a refresher on the recently-disbanded Independent Democratic Conference, and its challengers from the left.

After the owners of the Daily News cut about half the newsroom staff, a look at what it means for local news coverage in New York City -- and how local news is faring nationally.

Anything But Election News

What recent news stories (local, national, or international) have been overshadowed by election news? Listeners and journalists report back.

What to Know Before You Head to the Polls

From the New Jersey State Assembly races to a medical marijuana bill in Ohio, we break down what's at stake in today's elections.

Rep. Hakeem Jeffries has been openly criticizing de Blasio for his policies concerning the NYPD -- leading what some see as a movement of black leaders who have cooled on the mayor.

This Week in Politics: Viva l'Italia?

The Mayor is in Italy on vacation — while there was a controversial death in police custody.

Over the weekend, mayoral candidate Bill Thompson gave a fiery speech about "Stop and Frisk" policy, comparing it to George Zimmerman's actions in the shooting of Trayvon Martin. Anthony Weiner spoke with the Staten Island Advance about his sexting scandal, and Christine Quinn appeared on Meet the Press. We check in on the local races with Ruby Cramer, buzzfeed reporter covering Weiner, Spitzer and other local candidates, and Azi Paybarah, political reporter from Capital New York.

Is it Sexist to Talk about Quinn's Temper?

Azi Paybarah, political reporter for Capital New York, to discuss the "power-sharing" agreement among the Democratic caucus in Albany, and the effect it will have on key legislation.

Shooting At the Empire State Building

A shooting at the Empire State Building has left two people dead, including the suspect. Mayor Michael Bloomberg and Police Commissioner Ray Kelly speak at a press conference from the scene. Then, professor of law and police science at John Jay College of Criminal Justice Eugene O'Donnell and Capital NY reporter Azi Paybarah react to what's known about the incident.

Reporter Azi Paybarah from capitalnewyork.com discusses the trial of John Haggerty, the man accused of spending the $1 million he was paid by the Bloomberg campaign for "ballot security" on a house.

Azi Paybarah, politics reporter for the New York Observer, and Bob Hardt, political director at NY1, discuss the decided field for the NY-9 special election and the early field for the 2013 mayoral seat.

→ Add Your Comments, Listen, and Read A Recap at It's A Free Country

Mayor Michael Bloomberg, outlining his budget plan, said on Thursday that the city will eliminate more than 6,100 teaching positions.

Although $2 billion more than expected was collected in taxes, Bloomberg administration officials said the mayor will propose shrinking the size of the teacher workforce by more the...

How to Control (and Cash In On) the Sarah Palin Brand

Adding Sarah Palin to any event makes it bigger, more high profile and, for one restaurant owner in Manhattan, more litigious.

So, as he did with other big television events that he hoped would draw customers into his restaurant, Sheridan put a note about it on his restaurant's web site. For this occasion, he Googled a little bit, found what appeared to be official portraits for the governor and the senator, and downloaded them. Then, Sheridan inserted them onto his web site, along with details about the October 2 debate.

Customers came. They watched, they ate, and the one year-old restaurant did brisk business that night. Sheridan considered the whole thing a success and didn't think much about it — until two years later.

On September 13, 2010, Sheridan received a letter from an attorney representing a company claiming that Sheridan's web site stole their photograph of Palin, and they wanted him to pay for it.

Contradictory regulations, Kafka-esque bureaucratic mazes, and a financial cliff crumbling the foundation of where we stand.

The New York City as described in City Council Speaker Christine Quinn's State of the City Speech is one in need of changes — big, small, and at times, absurdly obvious.

Mayor Michael Bloomerg is being called a "liar" who is trying "steal" pension benefits by the leaders of the police and firemen's union, who rallied on the steps of City Hall Wednesday morning.

"He's unhappy with the deal that was struck 23 years ago. Too bad. That was the deal," said Steve Cassidy, president of the Uniformed Firefighter's Association. "A deal was struck. It's a defined benefit. It goes on forever…if he doesn't like it, too bad. He cannot lie about it and pretend it's not a deal."

Bloomberg, for his part, told reporters earlier in the day "We certainly didn’t put out anything that is to the best of my knowledge not accurate and true." He added, "Nobody wants to get cut back, I understand that, we have to make a decision. Do we want to send out Christmas bonuses or have more teachers?"