This week's episode explores the musical achievements of the New York City Ballet. Ballet Master in Chief Peter Martins explores the works that the Ballet has commissioned, why Americ...

Battle of the Boroughs: The Bronx Throwdown

A Misappropriation of Music

A few nights ago I saw a commercial for a video game called "Tom Clancy's Conviction."  The ad depicted a father, automatic rifle in tow, walking through an abandoned town Wild, Wild West-style. Here’s the juicy part: the theme music in the ad was the spiritual “Run on for a Long Time.”

WQXR presents a live performance of the Emerson String Quartet from Le Poisson Rouge on tonight at 8 p.m. Stream the concert by clicking on the Special Program tab of our player and t...

Jerusalem, City of Heavenly and Earthly Peace by Jordi Savall is a performance that explores how the three major religions have shaped Jerusalem. WQXR presents a live broadcast hosted...

It's All in the Fingers

Recently I went to a birthday party where there was a piano. When asked to play, I had one piece in my fingers, the Op. 118 Intermezzo by Brahms--the Intermezzo isn't party music. That incident reminded me of a piano teacher saying "always have a piece in your fingers." In this case I needed two. 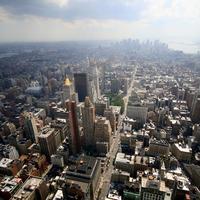 Battle of the Boroughs: Manhattan Throwdown

On my coffee table (more like empty glasses/laptop table) are small stacks of CDs that include Garrick Ohlsson‘s recording of Chopin's Nocturnes and Glenn Gould’s “The Young Maverick” set.

Multi-faceted musician Bobby McFerrin is well known for his style of vocalizing that addresses many musical genres. Perhaps less known is Bobby's father, baritone Robert McFerrin who made history when he sang with New York City Opera in 1949. He also made history when he won the Metropolitan Opera Auditions of the Air in 1953, which led to a historic appearance at the Metropolitan Opera in 1955. 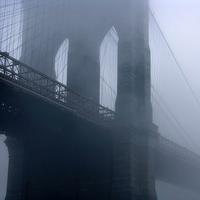 Battle of the Boroughs: Brooklyn Throwdown

A slice of home... abroad

Some artists, for one reason or another,

Frederic Chopin always claimed that March 1st was his birthday, despite church records saying he was born on February 22. Chopin would have been 200 this year, and it seems churlish to argue with a 200-year-old, so in honor of his special day we look back on what made him great, and why we still love his music.

Behind every good manuscript……

Over the weekend, I checked out a chamber music concert.

If you’ve been going to classical music concerts for more than twenty years, you’ll probably agree that the racial make-up of the orchestra and the audience has remained largely non-black.

This week during Symphony Hall we’ll be listening to Bach’s Brandenburg Concertos.

How Has Classical Music Added Romance to Your Life?

See what WQXR hosts have to say about romance and romantic music. Then tell us about the classical music that has added romance to your life. We'll play some of your selections on Valentine's Day.

Over the past few weeks we’ve been featuring music from artists nominated for Grammy Awards this year. The Grammy Awards are Sunday, Jan 31st.

This time of year is a time of both recharging, refueling and purging.

In Memory of a Great Man

The holiday season is in full swing, and many of the upcoming holidays are steeped in tradition - religious and cultural.