Are iPad Orchestras In Play?

What do you think about iPads as instruments? A few months ago the pianist Lang Lang came to our studio and played Flight of the Bumblebee on one. That's possible because of a three-dollar application that simulates a keyboard. Now there is an app that simulates the violin.

After all these years, Bobby McFerrin, the man behind the hit, “Don’t Worry, Be Happy,” is still spreading that same message. WQXR’s Terrance McKnight talks to the 10-time Grammy Awar...

Blame it on Pops

My elementary school required that its students sing in the school choir or play an instrument. I chose trumpet. It was loud, shiny and, I thought, how difficult could it be? 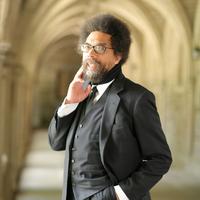 Cornel West and Randy Weston: Jazzmen in the World of Ideas

West and Weston will take audiences through an improvised conversation that will touch on politics, race, the blues and jazz, the social condition of “the least of these” and how their personal narratives are intertwined over time and space.

Renowned saxophonist Branford Marsalis will reunite with trumpeter Terence Blanchard for a special performance at the Lincoln Center’s Rose Theater on Friday, Oct. 1 and Saturday, Oct...

The Down Beat Goes On - But Not Here

Up until a few weeks ago, you'd hear a generous amount of recordings from pianist and conductor Mikhail Pletnev. But now that Pletnev is under investigation for child rape in Thailand his voice has been silenced in concert halls and on the radio – in the U.S. and U.K that is. But back home in Russia, and elsewhere his beat marches on. Pletnev founded the Russian National Orchestra 20 years ago and its season kicked off this month as planned with Pletnev on the podium.

September 11 marks the 75th birthday of revered Estonian composer Arvo Pärt, whose meditative music is well suited to this day of reflection. In an apt description of Pärt's work, Terrance McKnight describes it as music that "stands in front of you like a mirror. It doesn't judge."

The Detroit Symphony Orchestra is one of the nation's top orchestras. It has been facing financial problems in recent years, with corporate contributions and ticket sales down and an operating deficit that could reach $5 million this year. Now they are negotiating with the orchestra's musicians over a new contract.

If you ever want to hear a piano laugh, listen to Bud Powell. And when you want to hear that same piano get deeply sentimental or sound like its catching fire, stick with Bud Powell.

Has Classical Music Made Us Well-Rounded or just Square?

An acquaintance recently said to me, "Terrance, I think you might be too square for her" (referring to a friend of hers). That comment got me thinking about the degree to which one's personality is shaped by vocation.

This week, we hear Ladysmith Black Mambazo's Music Knows No Boundaries, a sentiment the group epitomizes. We hear a diverse program, featuring music from John Dowland to Conlon Nancarrow.

Monday night I played a recording of J.S.Bach's Capriccio on the Departure of his Beloved Brother. It's one of those pieces that at times sounds easy enough for a novice. Bach was in his teens when he composed it. 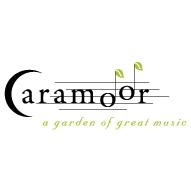 Condi and Aretha in Concert

How many of us could've predicted this pairing, Aretha Franklin and Condoleezza Rice singing and playing the classics. Neither of these women is a stranger to classical music. Dr. Rice has performed at the White House with Yo Yo Ma and Ms. Franklin stepped in and covered for Pavarotti at the Grammy Awards in 1998.

He Said, She Said

This week we celebrated the 150 anniversary of Gustav Mahler’s birth. Throughout the week, I heard several commentators and hosts quoting Mahler. One quote that kept coming up was “My time will come.”

Terrance McKnight presents a sneak preview of this summer’s Caramoor International Music Festival, featuring a dazzling array of live performances by some of the artists featured ...

For the Love of Music

Musicians and music lovers have been known to go to extremes for their love of the art form. 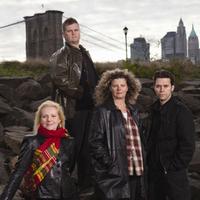 WQXR presents a sneak preview of this summer’s Caramoor International Music Festival, featuring a dazzling array of live performances by some of the artists featured in this year’s festival line-up. 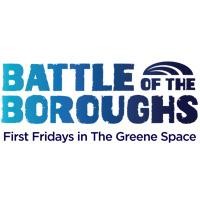 The Ultimate Battle of the Boroughs

The battle culminates in the final round with winners from each borough competing against each other. It's sold out, but you can watch the whole event via live video webcast at thegreenespace.org.