Melissa Harris-Perry appears in the following:

Meditations on a Bittersweet Election

Melissa Harris-Perry joins Kai to discuss all of our complex feelings as Donald Trump’s presidency comes to an end.

The MSNBC host says the #YesAllWomen campaign uses the aftermath of the Santa Barbara shooting to talk about the "daily vulnerability that women live with around the world."

There's tremendous pragmatism on the part of African-Americans who will not see their suffering suddenly used against a Democratic president. It's not just because he's black...The re...

Manning Marable, a pioneering scholar and author of a highly anticipated biography of Malcolm X, died Friday. He was due to speak with us about his new book, out today. Joining us to discuss Marable’s accomplishments and his final work are Michael Eric Dyson, Professor of Sociology at Georgetown University, and Melissa Harris-Perry, Associate Professor of Politics and African-American studies at Princeton University. Marable considered "Malcolm X: A Life of Reinvention" book his life's work. It is the definitive account of Malcolm X drawn from primary sources, explains Michael Eric Dyson.

Melissa Harris-Perry, a columnist at The Nation magazine and associate professor of politics and African American studies at Princeton University, discusses how women and women's issues are affected by budget cuts.

→ Read More And Join The Conversation At It's A Free Country

Chris Smith, contributing editor for New York Magazine, and Melissa Harris-Perry, politics professor at Princeton University, MSNBC contributor, and columnist for The Nation, talk about the balance of power in New York and around the country, after the midterms. 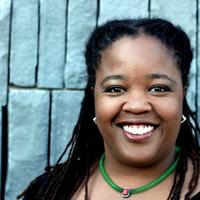 Join Farai Chideya in The Greene Space the morning after the 2010 midterm elections for a look at race, rage and reconciliation. Chideya, her special guests and the audience will examine election results with a critical eye towards what it means for the 2012 Presidential election.

Creative Solutions for a Frustrated Nation

All week we’ve been exploring the mechanics of a broken legislative body in our series, “Frustration Nation.” We wrap up the series with a look at the solutions to government gridlock. Can we move away from filibusters? Should we rehaul our election rules? Should we get rid of the Senate altogether?

Douglas Holtz-Eakin, former senior advisor to the McCain 2008 campaign, and Melissa Harris-Lacewell, associate professor of politics and African-American studies at Princeton University, offer their reactions to last night's State of the Union address.

Do you feel better about what the president has done on the economy, ...

Review of the SOTU

President Obama delivered his first State of the Union speech last night. Former senior advisor to the McCain ’08 campaign, Douglas Holtz-Eakin, and Melissa Harris-Lacewell, associate professor of politics and African-American studies at Princeton University, offer their analysis of the speech. Plus, schizophrenia and race; your calls on the State ...

New Jersey Congressman Donald Payne (D-10) discusses the formal congressional rebuke of Representative Joe Wilson for his outburst during President Obama's address before Congress last week. Plus, Melissa Harris-Lacewell, associate professor of Politics and African American Studies at Princeton University, discusses how the conversation about that ...

The Political Effects of the Health Care Debate

Last night the first African-American President of the United States, Barack Obama, addressed the NAACP convention. His speech was a poignant capstone for the organization's hundred-y...

The NAACP has gathered in New York for a six-day convention celebrating its 100-year anniversary. It’s an enormous affair with giants such as Cornel West, Reverend Jesse Jackson, and ...

Feet to the Fire

The left is lining up to make sure the Obama administration follows through on its more progressive promises. Elise Gould, health economist at the Economic Policy Institute, Ted Lewis, human rights director for Global Exchange, and Melissa Harris-Lacewell, Professor of politics and African-American studies at

Melissa Harris-Lacewell, Associate Professor of Politics and African American Studies at Princeton University, talks about the Obama-Biden ticket and the start of the Democratic National Convention.

Another primary closer to the Democratic Convention; has anything changed? WNYC’s Andrea Bernstein and Princeton professor Melissa Harris-Lacewell analyze the results from Indiana and North Carolina. Plus, Mary Tillman pays tribute to her son Pat Tillman in Boots on the Ground by Dusk , and Debbie Almontaser recalls her ...
1 2 Next