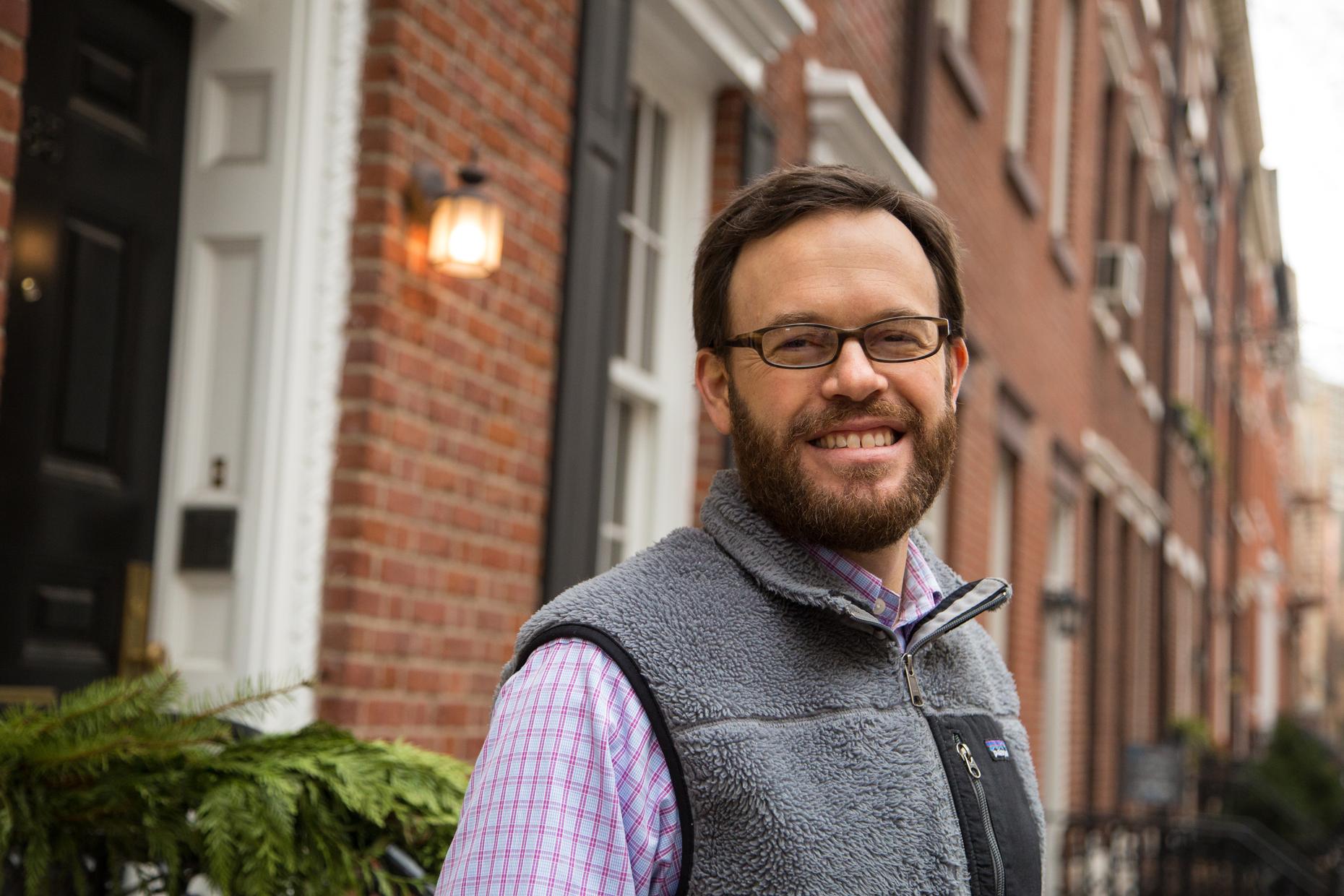 Sean has worked at WNYC since 2014. In his role, he is responsible for the daily news report across all platforms and for building strategy around the newsroom's broad portfolio of enterprise work. Prior to WNYC, he worked at Marketplace, WBUR, NPR and KLCC in Eugene, Oregon. He is a graduate of Wesleyan University and The Maxwell School at Syracuse University. He lives outside New York City.

Sean Bowditch appears in the following:

Our sense of shared identities has evolved dramatically over the last 20 years.

First responders who worked at Ground Zero frequently run into red tape as they develop health conditions such as cancer.

9/11 and the Rise of the NYPD | PART FOUR: See Something, Say Something

The most ubiquitous crime-fighting phrase to emerge in the aftermath of September 11 almost never made it into the American vernacular.

Tens Of Thousands Of New Yorkers Have Applied For Rent Relief

Trump Holds Fundraiser in New Jersey Despite Exposure to COVID

Attendees raise $5 million for the president's re-election campaign, and then learn they have been exposed to the virus.

Walker will remain as CEO until March 2019 and assist the transition to a new CEO through June. The Board of Trustees will begin a search for the organization’s next leader.

For the First Time in 14 Years, the Yankees and Red Sox Have a Postseason Face-Off

As New Yorkers prepared to cheer on the Bronx Bombers, team rivalries threatened to tear the WNYC Newsroom apart.

Cramming for the Midterm Elections (With a Beer in Hand)

Whether driven by optimism or anxiety, people are raising a glass at Caveat, a bar on the Lower East Side that's hosting educational talks in the run-up to the midterm elections.

Go Do This: 'Three Tall Women' Finally Makes it to Broadway

Glenda Jackson returns to acting after a 23-year hiatus to star in a Pulitzer Prizing-winning Edward Albee play that's never been staged on Broadway. It was worth the wait.

Go Do This: 'Black Light,' a Visit to the "Zoo" and Remembering History

Put down the remote and put off spending the weekend on the couch binge watching. Here are three things to worth checking out this month.

A changing climate is affecting the way snowflakes form. Researchers are trying to figure out its potential impacts.

A WNYC News investigation finds complaints to management about the two longtime hosts go back years.

John Hockenberry, the longtime host of The Takeaway, is accused of harassment, including inappropriate sexual behavior. A WNYC News investigation takes a deeper look.

Up or Down? When It Comes to Wipers, There's Snow Consensus

Walk the streets before a snowstorm, and you'll probably see cars with their windshield wipers pointing up. But does this time-honored technique actually make sense?

The Mets' Bill Webb, Who Helped Create the Modern Look of Baseball, Dies at 70

Webb introduced quick-cuts, close-ups, and reaction shots into the visual vocabulary of TV baseball. And he "made sure you understood the drama and the humanity of the moment."

As an appeals court prepares to rule on the president's travel ban for seven Muslim-majority nations, misinformation is generating fear in many immigrant communities.

Carlos Jones Voted: Did You?

After three decades in and out of the criminal justice system, this 51-year-old exercised his franchise for the first time today.

Sucks. Stinks. Miserable. Those are just a few reactions from NJ Transit commuters.

Ahead of Debate, Understanding Change on Long Island

Long Island, the sprawling suburb of nearly 8 million people, is undergoing significant demographic changes that have many residents on edge.

From Soviet Russia to the Tappan Zee Bridge, A Short History of the E-ZPass

The surprising history of the E-ZPass includes Russian spies, the world's first electronic musical instrument, and the time government bureaucracy made your life more efficient.