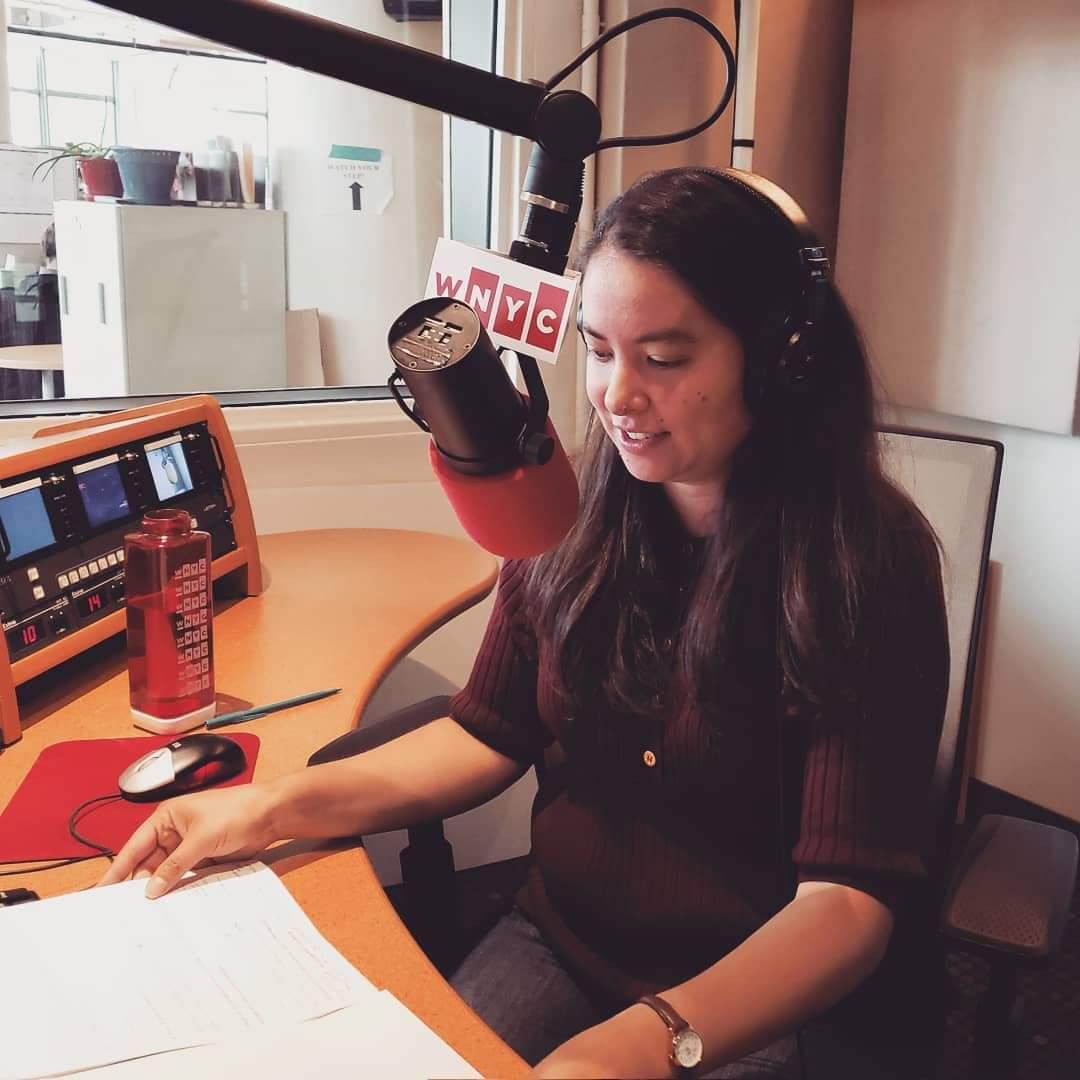 Clarisa Diaz is the senior interaction and graphic designer for New York Public Radio’s newsroom, including Gothamist and WNYC's Data News & Journalism team. She reports on issues related to design and environmental science. Clarisa was named a 2019-2020 Connected Coastlines grantee to report on climate change in NYC with the Pulitzer Center on Crisis Reporting. Her story on the city’s peaker power plants won the 2020 Front Page Award for a locally reported feature. She was awarded a science journalism fellowship at the Woods Hole Oceanographic Institution in 2018. Her reporting and design work has also been featured on PBS, Science Friday, recognized by the Kantar Information is Beautiful Awards and The Municipal Art Society of New York MASterwork Awards. She was on the WNYC team that created the Harlem Heat project, which won a national Edward R. Murrow Award for Excellence in Innovation in 2017. You can see more of her work at www.clarisadiaz.com.

Clarisa has taught design courses for the Integrated Digital Media program at NYU, the Graduate School of Journalism at Columbia University, and at Parsons where she received her master’s degree. She’s a former Fulbright scholar in architecture and urban design, which set her living abroad for several years. Back in NYC, you’ll find her in her favorite borough: Queens.

Clarisa Diaz appears in the following:

The park has teamed up with Brooklyn College to pilot a new nature-based solution which they hope will address the issue.

The U.N. is holding a Climate Action Summit on Monday, but students around the city are planning a Friday strike to pressure leaders into taking bolder action when the summit convenes.

Lead in the Land

City officials are divided on whether to do something about high levels of lead in soil. WNYC tested three public parks. Here’s what we found.

Black women and their babies are dying at shockingly high rates during and after child birth. One big reason is the implicit bias of doctors. So what do we do about it?

How a powerful South Jersey political boss and his associates influenced legislation and reaped the rewards. Check out our chart that shows how the money flowed.

The People vs. Dutch Boy Lead

What do a handful of baby teeth, a creepy cartoon character and The Young Lords have in common? This is the story of one of our worst public health epidemics.

There's a way for undocumented immigrants to stay in the U.S. if they're victims of crime. But applications to the program have fallen since President Trump took office.

A Mother and Daughter Both Have H.I.V. The U.S. Lets in Only One.

They fled persecution in Honduras. Despite identical circumstances, they were separated at the Texas border, and the daughter was deported.

Scientists have launched a new project to explore the effects of climate change by looking at a little known part of the ocean.

For New Jersey Jails, Suicides and Overdoses, but Little Oversight

By one count, New Jersey's county jails have the highest rate of deaths in custody of the 30 largest systems in the nation.

Women in the Senate

In all of U.S. history, only 52 senators have been women. Listen as they share their stories and offer tips for future leaders.

Nixon's Turn to 'Expand the Electorate'

Democratic rising stars like Alexandria Ocasio-Cortez and Andrew Gillum have attracted thousands of new, idealistic voters to the polls. Now Cynthia Nixon is trying to join their ranks.

Takedown in the Bronx

On April 27, 2016, police arrested 120 people in the northeast Bronx in the largest gang takedown in New York City history. We've been following the case ever since.

The administration is trying to make the immigration courts more efficient with quotas for judges. But New York's wouldn't meet the mark.

The amount of ICE money sent to Bergen, Essex and Hudson Counties increased 46 percent since 2015, and now totals more than $150 million.

Many New Yorkers could be living with a legacy of soil contamination and not even know it.

Democrat Shelley Mayor won a key State Senate race in Westchester, but the majority remains in favor of the Republicans. Here are the complete results from Tuesday's elections.

What Bail Reform Could Look Like in New York

Legislative leaders in Albany prefer to talk about bail reform after the budget deadline of April 1. Here's what's in the governor's proposal and why it's controversial.

A changing climate is affecting the way snowflakes form. Researchers are trying to figure out its potential impacts.