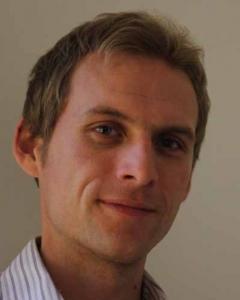 Christopher Werth is a senior editor in WNYC’s Narrative Unit. Prior to that, he worked as editor/senior producer of The Daily at The New York Times and senior producer at Freakonomics Radio. He spent eight years as a public-radio reporter in London, reporting for NPR, Marketplace, Newsweek, The Los Angeles Times and the BBC World Service.

Christopher Werth appears in the following:

The Breezy Point Historical Society was created from the storm’s wreckage to preserve photos, newspapers, and even a long-lost film of Jackie Robinson.

The company that sold 160,000 air purifiers to the Department of Education benefited from a lobbying campaign that reached high into the upper ranks of City Hall.

How the CCRB Handled 2020 Protest Cases

In-depth reporting on the CCRB and the so-called "May 4th apocalypse."

The CCRB faces a statute of limitations deadline of May 4th for civilian complaints over the NYPD’s response to the 2020 protests in New York City.

The shift in policy means hundreds of additional children will now be eligible for city-funded services each year, amounting to a 50% increase in the city’s annual caseloads.

The cultural landmark stands on the ruins of what was a once thriving, culturally-rich Black and Latino community.

Face the Darkness, Welcome the Light

Do you need a revival? On the longest night of the year, join us to celebrate Yalda, a poetic Persian tradition. Then, a conversation about those we’ve lost with artist Gregory Porter.

More Than A Month After Ida, A Family That Lost Everything Still Without a Home

“It’s as if it were prohibited for immigrants to attain housing with dignity.”

Mayor de Blasio promised an immediate investigation into any ties between city employees and the Oath Keepers militia.

A Brooklyn School Quarantined A Third Of Its Staff, But Parents Weren't Told

The episode happened at the Spring Creek school building in East New York, which houses staff and students for three separate schools.

Storming Of The Gates: A Small Town With A Big Prison And A Bloody History

Local residents in the town of Attica don't mind the stigma of the prison uprising that took place here 50 years ago, but they remain clear-eyed about what really happened.

The Legacy of Abu Ghraib

One man’s ongoing effort to get justice for the abuse he endured at a U.S. prison in Iraq.

The Man, the Myth, the Manipulation

Why do we equate macho bullying with competent leadership? The cautionary tale of Andrew Cuomo.

Haiti’s recent tragedies revives a conversation about disaster, aid, and how people recover. Then, a discussion about perspective on the 30th anniversary of the Crown Heights riots.

“Reverse racism” has haunted the fight for job equity for generations. How’d this bizarre idea become such a bugbear? One Supreme Court case, 50 years ago helps explain.

What the Olympics Taught Us About Us

If sports are a metaphor for life, what are they telling us about our society right now?

‘Ethical People Can Be Effective’

Remembering the life of Bob Moses, and his mission to build a more equitable America from the bottom up.

To Protect and Observe: A History

Today’s viral videos of police abuse have a long political lineage. But what if one of the oldest tools of copwatching is now taken away?

The American Story, in Half a Year

2021 began with an insurrection, and it’s remained quietly intense ever since. We open the phones for a six-month check in on the political culture of the Biden era.
1 2 3 4 5 … 8 Next