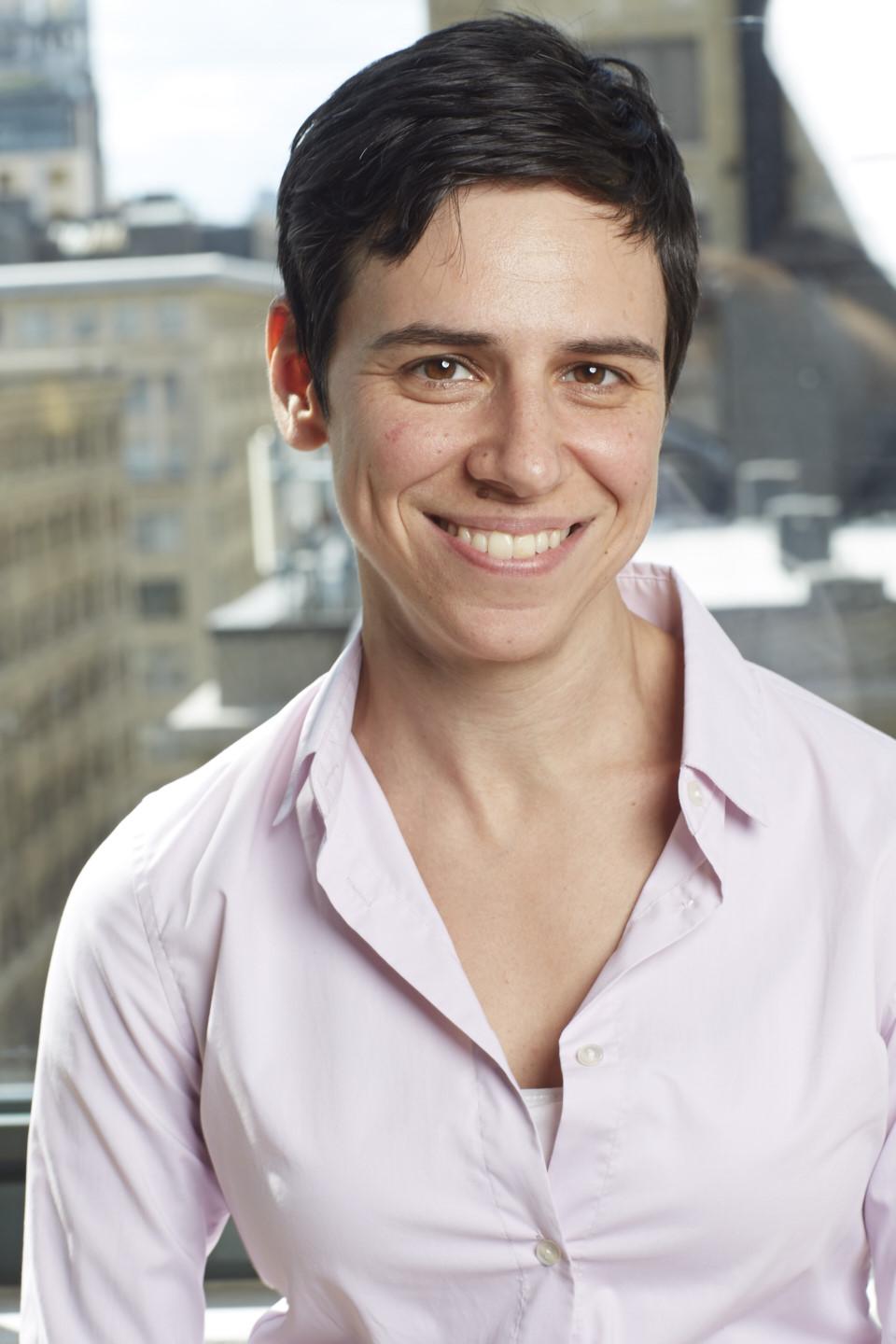 Leital Molad is the executive producer of Only Human, WNYC Studios' new podcast about health and medicine. She joined the project after nearly 15 years at Studio 360 with Kurt Andersen, WNYC and PRI's arts and culture show. There, Leital worked as a producer, editor, and reporter, and was the sound designer of the Peabody Award-winning episode “American Icons: Moby-Dick.” She has an MA in journalism from NYU and teaches podcasting at the School of Visual Arts. She got her start in radio at KVRX, the student station at the University of Texas at Austin. She's on Twitter @leitalm.

Leital Molad appears in the following:

How Maya Lin designed the Vietnam Veterans Memorial — and changed how we think about war.

Eli Beer wanted to find a faster way to respond to emergencies in Israel — he found the answer in Brooklyn. Then it went global...and wound up in Jersey City.

Doctors listen to stories from patients all the time. But they've got plenty of their own.

Aha Moment: The Rolling Stones and Of Montreal

As a teenager, Kevin Barnes from the band Of Montreal learned the Rolling Stones’ “Under My Thumb,” and those simple chords changed the course of his life.

Growing up in South Carolina, Aziz Ansari didn’t think he had a chance at fame. But now, his comedy career has taken him to Madison Square Garden.

The Mad Women of Madison Avenue

Jane Maas lived the “Mad Men” life, working in a big ad agency in the 1960s and ‘70s. She says the casual misogyny in the show is spot-on.

The artist Kehinde Wiley wondered why he never saw people who looked like him in museums. His ground-breaking paintings, which borrow from art history, are changing that.

After 40 years of making music with The B-52s, Kate Pierson is out with a new solo album that teamed her up with an unlikely pop star.

Live in the Studio: Bahamas

Singer-songwriter Afie Jurvanen, who records as Bahamas, romanticizes faraway people and places in his music — including the Bahamas, where he’s never set foot.

And the Oscar for Worst Award Show Goes To...

We ended up again with awards that were all expected, except Best Picture -- we were betting on Gravity, as it seemed to have all the perfect elements for the top Academy Award: actio...
Read More

Makerbot and the Holiday Ornament Challenge

If a button’s missing on your remote control, your kid’s toy car has a broken wheel, or the temple tips fall off your eyeglasses, you’d probably just throw your hands up and say, we...

How do you memorialize a war that was more tragic than triumphant? Inscribed with the name of every fallen soldier, Maya Lin’s granite wall became a sacred place for veterans.

Viral Videos Mash Up the Vote

There is a proliferation of blogs, videos, and other homemade political commentary thriving online in this election cycle and taking control of the story away from the campaigns and t...

DJ /rupture says a good remix has to disrespect the original song, breaking it down to build it back up into something surprising; he doesn’t want to hear the original with little e...

Live in Studio: The Heavy

Even if you don’t know the song "How You Like Me Now?" by name, you’ve almost certainly heard it. The gritty tune has been ubiquitous for a couple of years and is even included on t...

Dirty Projectors manage to be both avant-garde and accessible — the band plays experimental rock you can still dance to. They’ve collaborated with Björk and David Byrne, and been co...

Live in the Studio: Bahamas

Singer-songwriter Afie Jurvanen, who records as Bahamas, romanticizes faraway people and places in his music — including the Bahamas, where he’s never set foot. His new album, Barch...

A couple of years ago, a group of Canadian indie rockers (some play in Arcade Fire) decided to write and play their own chamber music. Their album As Seen Through Windows is a lush,...