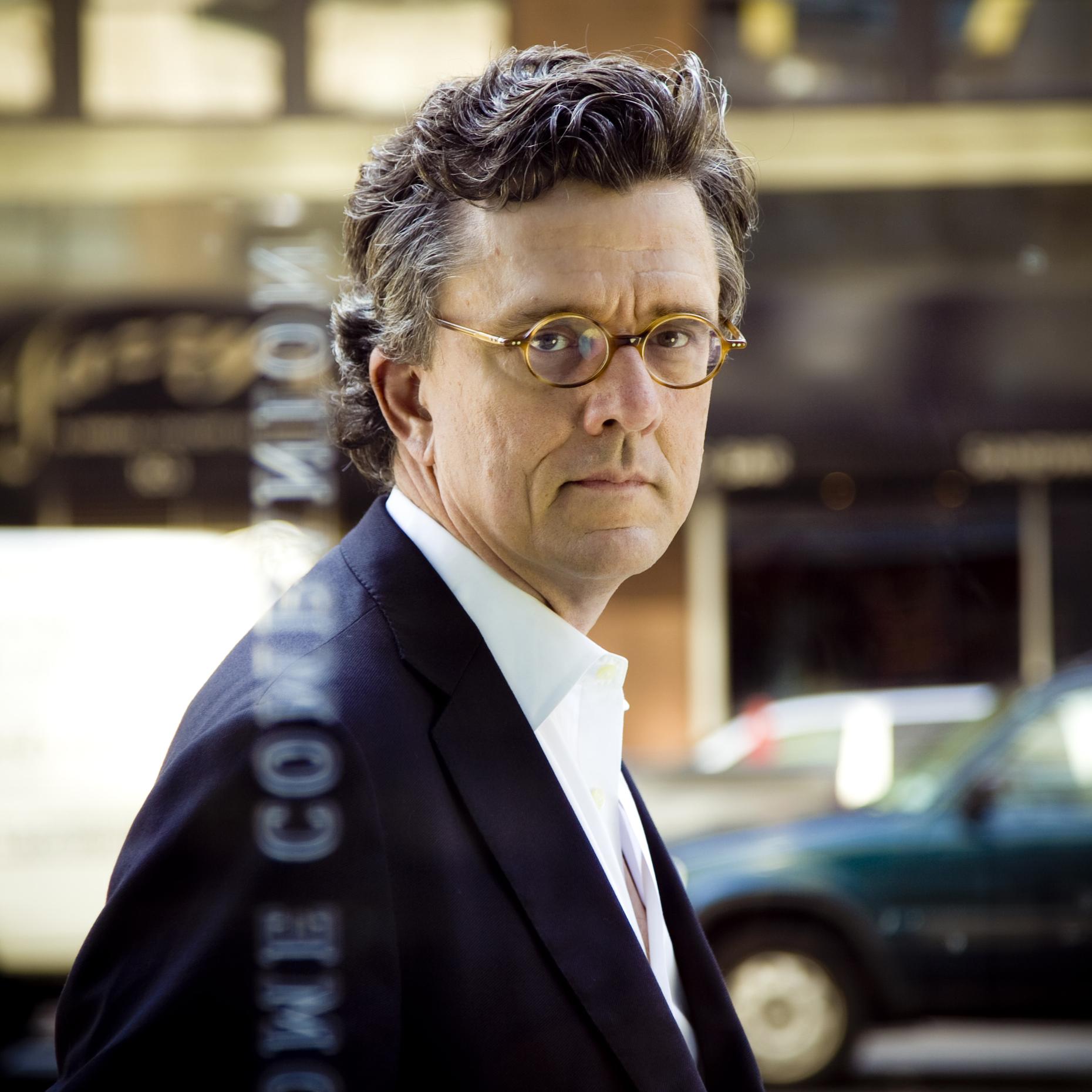 Kurt Andersen is a writer and the host and co-creator of Studio 360 (and of the new occasional radio variety show Kings County).

His latest novel True Believers, according to Jon Robin Baitz's review in Vanity Fair, "is beautifully drawn," "a great American novel." The Washington Post calls it "a big, swinging novel...full of witty insights" with "plenty to keep us entertained," and The San Francisco Chronicle considers it "fiendishly smart, insightful and joyously loopy." Booklist says it's "an ambitious and remarkable novel, wonderfully voiced" with "spellbinding suspense, and according to The Winnipeg Free Press its "genre grafting" is "an unmitigated success."

His previous novel, Heyday, a New York Times bestseller, won the 2008 Langum Prize for the year's best work of American historical fiction. His earlier novel, Turn of the Century, was a national bestseller that Times reviewers called "wickedly satirical," "outrageously funny" and "the most un-clichéd novel imaginable," and that The Wall Street Journal called a "smart, funny and excruciatingly deft portrait of our age."

He is also the author of Reset, a book-length essay about the history and consequences of the 2008-09 financial crisis and recession, and of The Real Thing, a book of humorous essays. He has written and produced prime-time network television programs and pilots for NBC, ABC, and HBO, and co-authored Loose Lips, an off-Broadway theatrical revue that had long runs in New York and Los Angeles.

He is a regular contributor to Vanity Fair, The New York Times, New York and Time.

Andersen began his career in journalism at NBC's Today program and at Time, where he was an award-winning writer on politics and criminal justice and for eight years the magazine's architecture and design critic. Returning to Time in 1993 as editor-at-large, he wrote a weekly column on culture. From 1996 through 1999 he was a staff writer and columnist ("The Culture Industry") for The New Yorker, and from 2004 through 2009 wrote a column ("The Imperial City") for New York.

He was also a co-founder of Inside.com and Very Short List, editorial director of Colors magazine, and editor-in-chief of both New York and Spy magazines, the latter of which he co-founded.

Kurt Andersen appears in the following:

How an act of treason in the '60s haunted Nixon for the rest of his career.

1978 in music and television with Kurt Andersen and John Schaefer

Novelist and Studio 360 host Kurt Andersen looks back through U.S. history and finds plenty of evidence that Americans have always cherished their 'alternative facts.'

When Ivanka Trump and Sen. Schumer Share Cocktails in the Hamptons

Studio 360's Kurt Andersen talks about what bi-partisan partying in the Hamptons says about money, power and politics.

Kurt's best-of playlist: including conversations with Jeff Daniels, Samantha Hunt, Alejandro Iñárritu, and a lesson in how to speak with a British accent.
Read More

How Shakespeare Came Alive for Me — and Stays Alive Today

Shakespeare shouldn’t be lost on anyone, but how much should the text be changed?

Kurt Andersen, host and co-creator of Studio 360, has had a fixation with Donald Trump that goes back to the very first issue of Spy, the satirical magazine he co-founded 30 years ago.

Trump's Deal-Making Confidence, From 1989 to Now

Donald Trump once boasted that he'd make a great negotiator with the Soviet Union because "it would take an hour and a half to learn everything there is to learn about missiles."

How Shakespeare Came Alive for Me — and Stays Alive Today

Shakespeare shouldn’t be lost on anyone, but how much should the text be changed?

This Week in Trump: Give Donald a Hand

A small, small hand, according to Rubio.

A New Symbol for Southern Pride?

Hear about the latest in the Studio 360 "Redesigns" series -- a replacement for the confederate flag.

Before he was our host, Kurt Andersen co-founded the pioneering humor magazine Spy. Here are his suggestions for finding the funny.
Read More

When Kurt Andersen interviewed Tony Bennett, the singer left him with a surprise parting gift: a portrait he had sketched of Kurt while they were talking.
Read More

The Neil Patrick Harris Oscars: A Big Night for the Underdogs

Thurs, Jan. 29 | Join Studio 360 in The Greene Space for the world premiere of a rock opera based on The Book of Revelation written and composed by singer songwriter Mike Doughty.

Wed, Jan. 28 | Join Studio 360 in The Greene Space for the world premiere of a rock opera based on The Book of Revelation written and composed by singer songwriter Mike Doughty.

Tues, Jan. 27 | THIS PERFORMANCE IS CANCELED- Please join us for the rescheduled performance on Thurs, Jan. 29 at 8PM. Join Studio 360 in The Greene Space for the world premiere of a rock opera based on The Book of Revelation written and composed by singer songwriter Mike Doughty.

So Long, Colbert. It Was Nerve-Wracking Fun to Join You.

Kurt Andersen remembers growing up with Nichols and May and The Graduate and finally meeting legendary director Mike Nichols as an adult.
Read More