Encryption Apps and the Paris Attacks

In this quick explainer, Manoush Zomorodi breaks down why technology that's easily found in our pockets and our living rooms is perceived by some as a national security threat.

Years of Talk in One Conversation

One year after the deaths of Eric Garner and Michael Brown, there's been a big push for a national conversation on race and policing. WNYC's Brian Lehrer actually hosted one.

With Alex Rodriguez reaching yet another milestone, lifelong Yankees fan Brian Lehrer offers up his take on the team's tainted slugger.

Fear of a Muslim Planet

Who speaks for Islam, and is Islamophobia a uniquely present-day problem? Hear Brian Lehrer’s RadioLoveFest conversation with six people from across the political and religious spectrum.

By our count, David Carr was a guest on the Brian Lehrer Show fourteen times. We collected four examples that celebrate one of his greatest qualities: an ability to make policy personal.
Read More

America: A Place of Liberty and Justice for Some?

The death of Eric Garner and the failure to indict the NYPD officer who used a chokehold to restrain him is a painful reminder of the recent events in Ferguson.

President Obama addressed the country about how the U.S. would lead a coalition to "degrade, and ultimately destroy" ISIS in Syria and Iraq. Read the transcript, watch the video.
Read More

How To Be Smarter About... The Brian Lehrer Edition; Nina Simone; Wildcat! Wildcat! Plays Live

In this episode: Soundcheck's How To Be Smarter About... series -- about addressing musical blind spots -- continues with WNYC host Brian Lehrer, who tells us a musical topic he’d like to know more on – and we help to fill in the gaps.

Then: Claudia Roth Pierpont discusses her new essay for the New Yorker which explored Nina Simone’s complicated relationship with the civil rights movement and with her own racial self-identification. Pierpont tells Soundcheck about how these issues influenced both the singer’s public persona and works like her perceptive song “Four Women.”

And: Hear the infectious, expansive synth pop of Wildcat! Wildcat! as the L.A. band performs songs from its debut, No Moon At All, in the Soundcheck studio.

How To Be Smarter About... Brian Lehrer's Home Audio

Let's face it: as much as we all know and love about music, everyone has at least some blind spots. In this special edition of our new series, How To Be Smarter About…, Soundcheck hel... 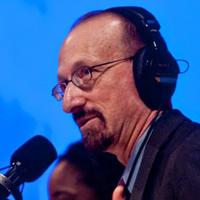 Join The Brian Lehrer Show for a live broadcast with several guests, lots of interaction, and various takes on a single topic: your privacy. We'll discuss what you want to share, what you don’t, and how much of your personal information you’re willing to trade for online conveniences.

This live event has been canceled. You can still hear the conversation live on The Brian Lehrer Show on this date at 10AM on WNYC 93.9 FM and AM 820.

This Week in Politics: Heat and Ice

After the overheated rhetoric of the mayoral inauguration, temperatures turned frigid--literally--and snow blanketed the region, presenting Bill de Blasio with his first test as mayor...

Brian Lehrer hosts a politics special with all the results, speeches, and analysis of what comes next for the region and the country.

Michael Bloomberg won't be remembered as the anti-asthma mayor, as he will the anti-smoking, anti-obesity and anti-murder mayor. But he's done a lot more to fight the disease than I ever imagined he would.

I recently got a chance to speak at the presentation of the Scholastic Art & Writing Awards, put on by the Alliance for Young Artists & Writers. Here are my remarks, with advice for writers young and old.

I was asked to choose some words of advice to give to young writers. I have three words: write, rewrite and stop.

If you want to make it at something, do it all the time. If you love to write and want to be a writer, write along with your life. Write about the mundane things that happen in your day and you'll wind up finding meaning in them that you didn't know was there until the writing made you start to think. I sometimes tell people I think with my fingers, meaning give me a keyboard, any keyboard, when I want to really think something through. So write along with your life. Then write about things outside your life.

New York City will soon be electing a new mayor, but the city's current mayor, Michael Bloomberg, has left an indelible mark on the nation’s largest city. After 12 years and three ter...

Spitzer Looks for Comeback With Run for NYC Comptroller

In New York, a once-disgraced politician is trying to be the next comeback kid. Last night, former New York Governor Eliot Spitzer announced his candidacy for New York City Comptrolle...

What Do You Broadcast When There's Nothing to Say?

After the initial surge of news on Monday, we hit a news lull, so many outlets filled their air with recycled video, speculation, sorrow on the scene, pundits, consultants and blather. We asked the best call-in host we know, WNYC’s Brian Lehrer, what you're supposed to say on-air when there isn't new information but people still want to tune in.

When a deadly and historic storm struck New York and New Jersey in late October, WNYC Radio became the hearth for a shell-shocked community to share needs, demand answers to pressing questions and get vital information.

On that evening of Oct. 29, WNYC lost electric service along with the rest of Lower Manhattan, but managed to stay on the air with generator power, austerity, and the sheer will of a dispersed staff. In a city without subways and tunnels, hosts, reporters and producers walked in the dark to reach our studios, and improvised to report from far-flung storm-ravaged areas.