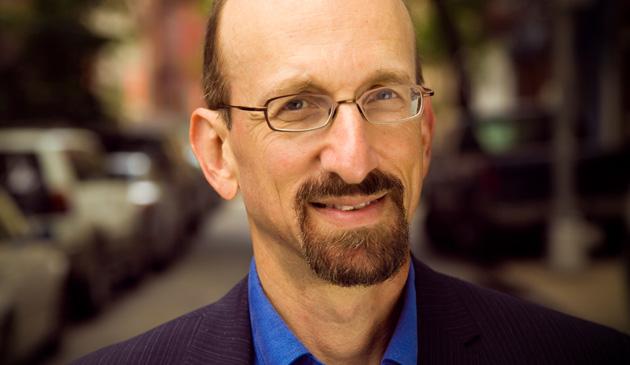 Brian Lehrer is host of The Brian Lehrer Show, WNYC Radio's daily call-in program, covering politics and life, locally and globally. The show airs weekdays from 10am-noon on WNYC 93.9 FM, AM 820 and wnyc.org.

The Brian Lehrer Show was recognized with a 2007 George Foster Peabody Award for "Radio That Builds Community Rather Than Divides."

The New York Times called Lehrer a "master interviewer." Time magazine called the program "New York City's most thoughtful and informative talk show." The Daily News calls it "cutting edge" for its extreme interactivity and creative use of the internet. Political guests have ranged nationally from Barack Obama and Hillary Clinton to Mitch McConnell and Kellyanne Conway, and locally from Chris Christie to Cynthia Nixon and beyond. Cultural guests have included Wynton Marsalis, Margaret Atwood, Junot Diaz, Judd Apatow, Chimamanda Ngozi Adichie, Yogi Berra, and so many others.

Lehrer is also a commentator on local and national issues on television and in print. He has appeared on TV channels including CNN, MSNBC, Fox Newschannel, C-SPAN, NY1, and The Colbert Report on Comedy Central. He has written op-ed pieces for publications including The New York Times, The Daily News, Newsday, and Slate. He also hosts a weekly television program on CUNY-TV, "Brian Talks New York.”

In addition to the Peabody, Lehrer has won numerous awards, including seven Associated Press New York Broadcasters "Best Interview" Awards since 2000 and “Best Talk Show” by the Garden State Journalists Association in 2009 and 2011.

Lehrer has been a questioner in televised New York City Mayoral Debates for every election since 1997.

He has hosted his eponymous program, originally called On The Line, since its inception in 1989. Prior, he was an anchor and reporter for the NBC Radio Networks, and an award-winning author and documentary producer.

With WQXR evening host Terrance McKnight out on book leave, he's asked several friends to step in and cover his shifts over the next few weeks.

America Are We Ready To Save The Middle Class?

The presidential election and the middle class.

America Are We Ready For Truth And Reconciliation?

A look at the truth of America's racial divide and how to reconcile.

America, Are We Ready To Vote In A Pandemic?

How the pandemic is affecting how we cast our votes and which candidate we choose.

As the country mourns the loss of Justice Ruth Bader Ginsburg, we gather together to honor the life and legacy of the woman, the pioneer, the icon and the daughter of Brooklyn.

NYC Leadership Amid Pandemic and Protest

It's been a historic five months for New York City. Today, we look at how the governor and mayor have shepherded the city through the coronavirus and months of protests.

Find out about some of the NYC restaurants that have opened and how they will be operating.

Four Graduations and a Wedding Part II: The Art of Graduating

Ilana Glazer and callers celebrate arts graduates in this year without ceremonies.

America, Are We Ready? March 17 Edition

WNYC's Brian Lehrer open the phones for calls from around the country on what's at stake as voters in three more states hold their primaries and caucuses amid the COVID-19 outbreak.

America, Are We Ready? March 10 Edition

WNYC's Brian Lehrer open the phones for calls from around the country on what's at stake as voters in six more states hold their primaries and caucuses.

WNYC's Brian Lehrer and guests open the phones for calls from around the country on what's at stake as voters in 14 Super Tuesday states hold their primaries.

WNYC's Brian Lehrer and guests open the phones for calls from around the country on what's at stake as South Carolina votes in its primary, in the final hour of voting.

WNYC's Brian Lehrer and NHPR's Laura Knoy join forces as the polls close in New Hampshire's first-in-the-nation primary with calls from NH and around the country.

After the Judiciary Committee's first hearing, Speaker Pelosi formally asked for Articles of Impeachment. On this episode: the past, present and near-future developments in the probe.

Decades before he became president, Donald Trump and Congressman Jerrold Nadler faced off over an Upper West Side development.

On Wednesday, the House Judiciary Committee — which is responsible for drafting impeachment articles — will hear from constitutional scholars about what makes an "impeachable offense."
1 2 3 4 5 … 14 Next