Weighing In on NYC's Budget

Edward-Isaac Dovere, editor of City Hall, a monthly publication focused on New York politics and policy, goes through the details of the handshake deal on the city budget and NYC Public Advocate Bill de Blasio weighs in.

State of the City Reaction

The Mayor has delivered his state of the city address and pledged to streamline New York’s budget. Public Advocate Bill de Blasio reacts. Then, parks commissioner Adrian Benepe on the new Van Cortland Park conservatory and how his department is preparing for the Spring season amidst a budget crunch. Plus: ...

City officials announced yesterday that, due to budget cuts and rising demand, no more Section 8 housing vouchers were available and they would revoke about 3000 that have not been fully utilized. Bill de Blasio, Brooklyn City Councilman and Public Advocate-elect, objects to the New York City Housing Authority decision.

Bloomberg: Looking Back, Looking Ahead

Former New Jersey Governor Christie Todd Whitman talks about what will change with a Republican governor in the Garden State. Joyce Purnick and others offer analysis of the surprisingly close mayoral race. Public Advocate-elect Bill De Blasio explains how he'll handle the office. Plus, young voters and the future of ...

Democratic candidate for Public Advocate Bill de Blasio discusses the state of crime and law enforcement in NYC and explains his proposal to reform the City’s Civilian Complaint Review Board.

Then, Heather MacDonald, a John M. Olin fellow at the Manhattan Institute and a contributing editor ...

Many baby boomers are closely watching their retirement accounts. Stephen Gandel’s cover story for this week’s Time argues that we should abolish the 401(k) entirely. Plus, Roger Ferguson, CEO of TIAA-CREF, offers his take. Then: The case for fewer troops in Afghanistan; Comptroller candidate Bill de Blasio on crime and ...

Voice of the People

The Democratic primary for Public Advocate is two weeks from today, and it's shaping up to be one of the most wide open races of this election season. Each day this week the candidates will make their case, Up today: Brooklyn Councilman Bill de Blasio. Also: the latest data on ... 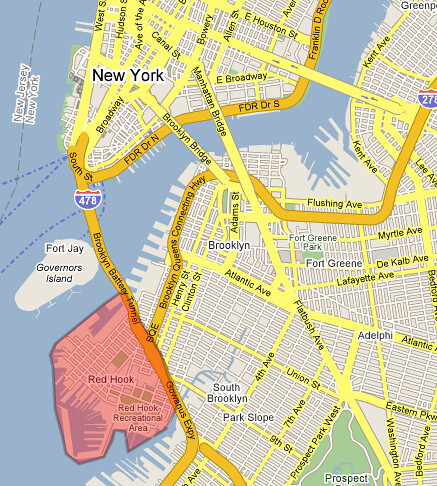 Ikea is opening its large new store in the Brooklyn neighborhood of Red Hook. We discuss the anticipated impact, as well as other community issues in one of New York City's fastest-changing 'hoods, ...

Are Schools Failing to Recycle?

Everyone recycles, right? Well, there's talk of some New York City public schools that are not separating their trash at all. We look at whether a city department is skirting its civic duty. Also, Elizabeth Edwards is being dubbed the vice presidential candidate for her presidential hopeful husband. We’ll ask ...