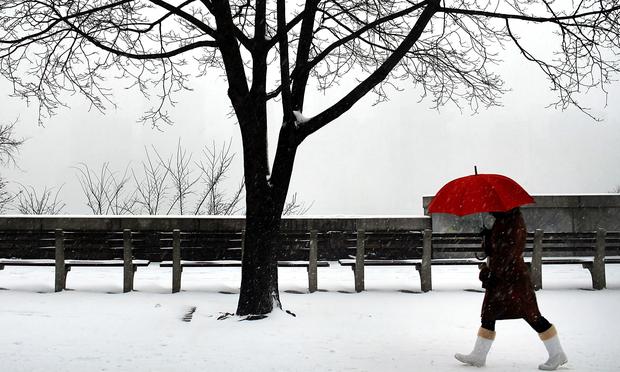 Snowday? WNYC's Complete Guide to Getting Snowed in

Anticipating getting (or just plain taking) a snowday? Need inspiration for things to cook, watch or read? A playlist for the winter wonderland? Want to know what snow even is and how it works? We've got all of that - we think - covered.

What music do you play when the weather outside is frightful? Soundcheck has you covered with a snow day mixtape to get you through the long week of being cooped up.
Read More

Check out a few recipes from past Last Chance Foods that will help keep you warm, entertained and well fed during snowstorm Nemo.

We find out about the physics and chemistry of snow and what conditions we’ll need to have it with Dr. Kenneth Libbrecht, a professor of Physics at Caltech.

Melissa Clark on Stocks and Soups

New York Times Dining columnist and cookbook writer Melissa Clark talks stocks: How to make them and how to use them to make soups and stews.

Dunham thought she’d be a “weird Gender and Women’s Studies teacher who occasionally showed movies at film festivals,” and never imagined she’d encounter the success she has.

Is Netflix's "House Of Cards" The Future of TV?

Bob Garfield, co-host of On The Media and author of The Chaos Scenario and the forthcoming Can't Buy Me Like: How Authentic Customer Connections Drive Superior Results discusses "Hous...

George Saunders, a master of the short story, talks about his new collection, Tenth of December. These explore the fault lines of our own morality, delving into what makes us good and what makes us human.

You know those stunningly symmetrical, glittery snowflakes you see everywhere at a certain time of year -- hanging from streetlights, stitched on sweaters, and sprinkled all over tv? Those perfectly-etched pictures are all a big lie. Latif Nasser explains how it all began in a cold, snowy ...

What a year was 1913! In an exhibition in a New York Armory, Cubism and abstraction were revealed to the American public for the first time. In Vienna, audience members at a concert...

The infamous Guggle Muggle. Delicious, "medically superb" and with a mysterious origin, it was passed on from...
Read More

It's a snow day, it's cold outside, and it's time to listen to some good winter music. We want your ideas for your favorite snow or winter songs - tracks that are good for curling up ...
Read More

Serves 6, 2 if you're snowed in for a weekend. This is one of the most popular recipes on our website!