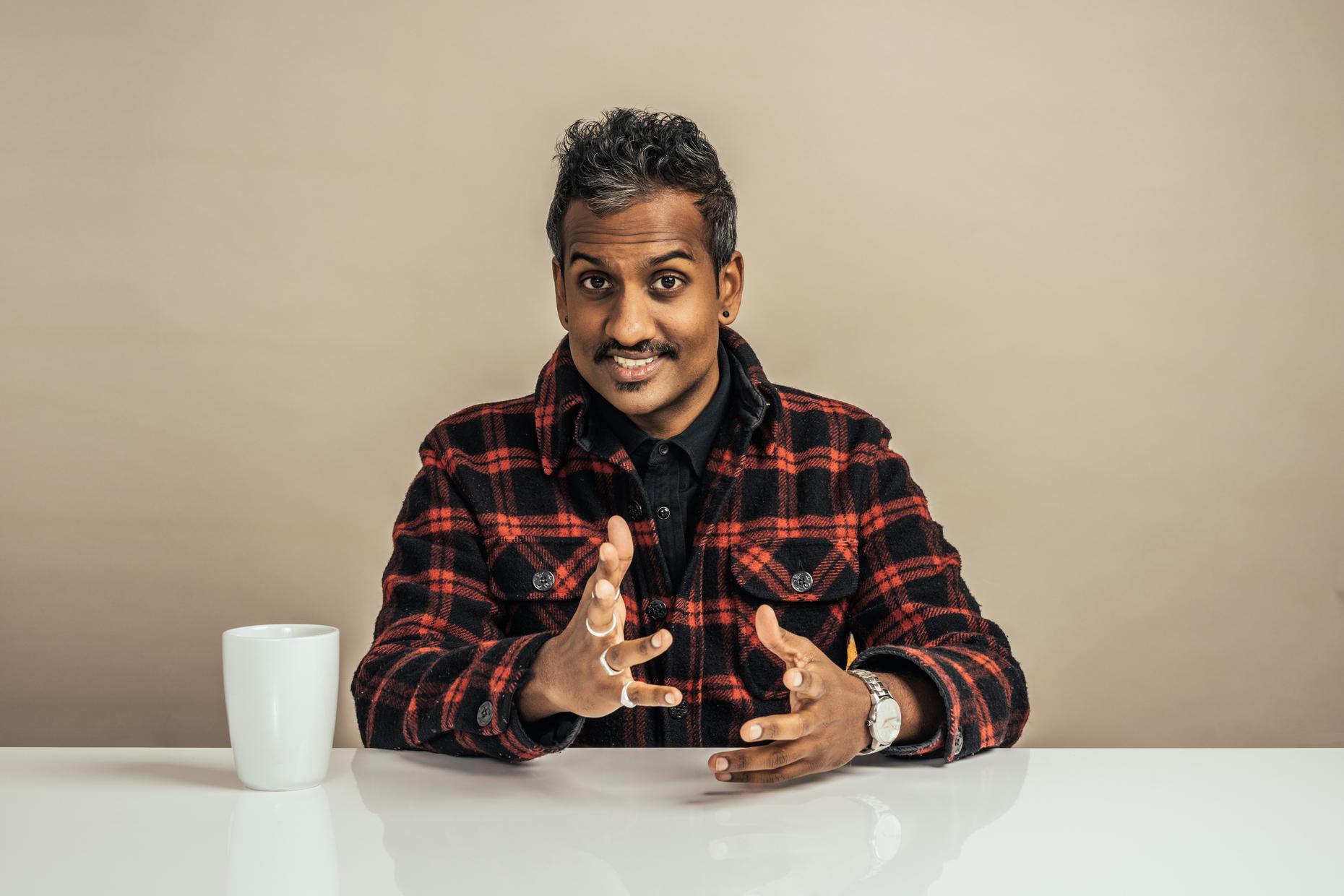 Sean Rameswaram (@rameswaram) is the creative director of Vox Audio and the host of Vox’s daily news podcast Today, Explained. In this role, Rameswaram has upended assumptions about daily news podcasting, leaning into Vox’s focus on explanation and clarity and adding personality and often humor, with the odd original song from time to time. As creative director, Rameswaram has worked to expand Today, Explained’s style into new projects, including the weekly science show Unexplainable.

Rameswaram co-created and launched Today, Explained in 2018. The show was named “Best News Podcast” in the inaugural Podcast Academy Ambie Awards, and at the 2021 Webby Awards. Before joining Vox, Rameswaram was a correspondent for WNYC’s Radiolab series More Perfect, where he produced deeply reported features on guns in America, gerrymandering, and other urgent constitutional questions. Earlier, he was a reporter for PRI’s Studio 360 and the host of Studio 360’s Sideshow podcast and CBC's Podcast Playlist.

Sean Rameswaram appears in the following:

Hot dogs, secrecy, and the biggest heist in the history of the United States Supreme Court.

In 2008, the Supreme Court stepped in to settle our fight over the Second Amendment’s meaning. They did. And they didn’t.

Who’s Gerry and Why Is He So Bad at Drawing Maps?

The Supreme Court is about to make a decision that could turn the country's legislative maps upside down.

Join More Perfect's Sean Rameswaram for a night of conversation and performance with Conor Oberst.

Kurt faces off against Canadian Sean Rameswaram in a quiz on Canadian culture.

Mac DeMarco has proved himself one of indie rock’s most gifted singer-songwriters. But can he get a little respect?

How Internet Outrage Could Lead to Actual Change

A closer look at the internet outrage surrounding Pepsi, United Airlines and Bill O'Reilly and their lasting impact.

Raise Your (He)art Rate With A Workout At The Met

Seeing a great work of art might quicken your pulse, but the Metropolitan Museum of Art is hoping you'll break a sweat, too. A dance company is offering literally breathtaking tours of the museum.

New York's Hottest Gym Is the Metropolitan Museum of Art

This Puerto Rican Eggnog Puts The Feliz In Your Navidad

We talk with coquito masters in Harlem and a moonshiner in the Bronx to learn about the holiday drink that’s the centerpiece of a Puerto Rican Christmas celebration.

Join us via live stream for our Election Night party with WNYC, in partnership with Guardian US and Refinery29. Games, commentary and live updates.

This Year's Election in... Halloween Costumes

When Your Election's This Scary, You Get a Political Haunted House

How Hari Nef turned Instagram selfies and Tumblr posts into a role on "Transparent" and an elite modeling career.

On this episode of More Perfect, the Supreme Court ruling that was supposed to prevent race-based jury selection, but may have only made the problem worse.

Sister Act: The Rise of Haim

From playing in their parents’ retro cover band to headlining music festivals, the sisters of Haim had an unlikely path to success.

All Day in Line for a Chance to See 'Hamilton': Worth It?

A son is so determined to see "Hamilton" with his mom that they spend a whole day — with a bunch of characters — waiting in the cancellation line to see if they can get in.

How to See “Hamilton”

Does "Hamilton" have a back door? Sean Rameswaram and his mom wait 13 hours in a cancellation line to see if they can score day-of tickets to the hottest show on Broadway.

Podcast Special: Why Hodor is the Heart of "Game of Thrones"

The man behind the internet’s favorite “Game of Thrones” character.
Read More