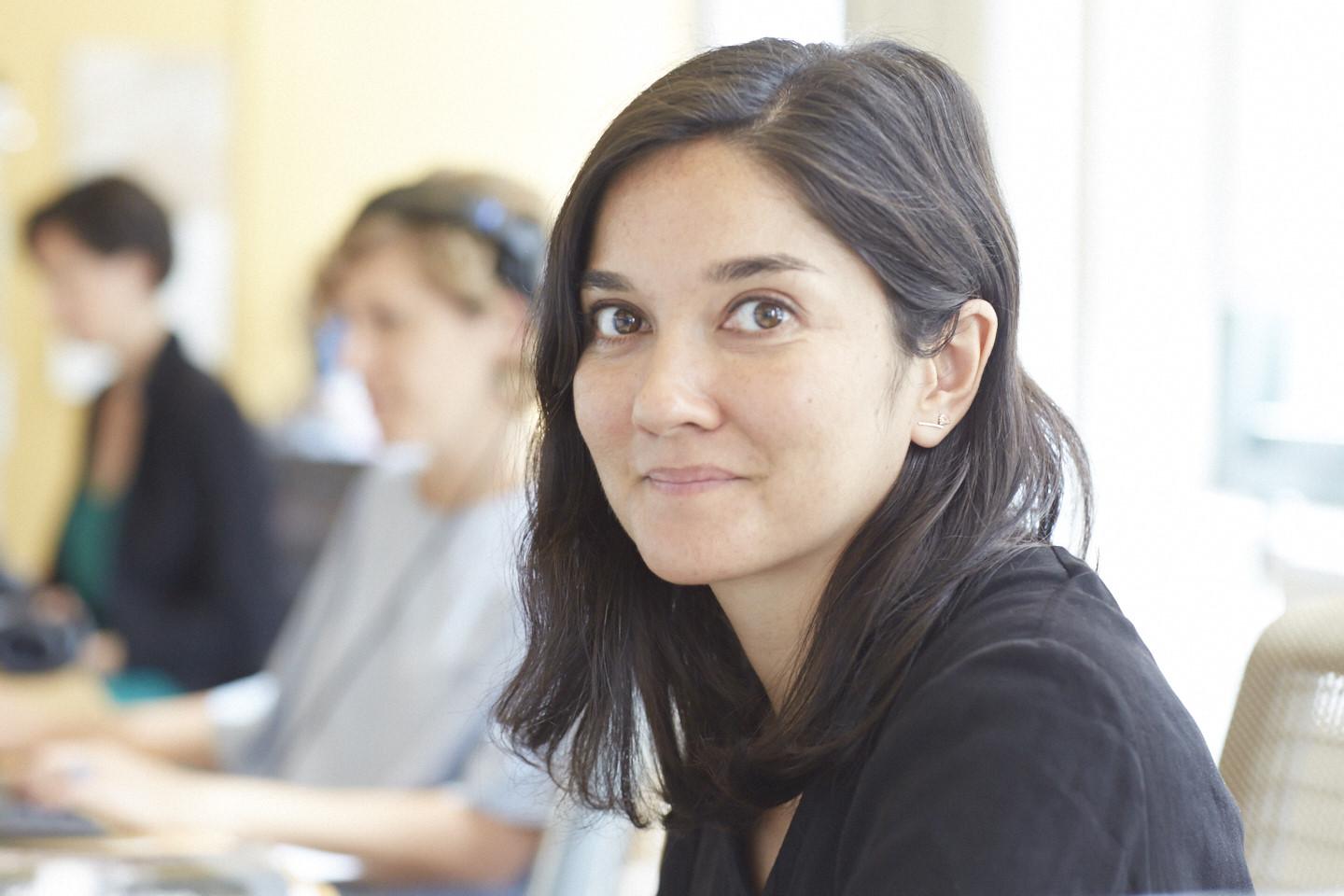 Paige Cowett is a producer and reporter for WNYC News. Her stories have appeared on This American Life, Morning Edition, and All Things Considered. She has also been a producer for WNYC’s The Brian Lehrer Show, On the Media, and Indivisible. Before working in radio, she worked in politics and on housing policy. She has a master’s degree in urban planning from UCLA. Find her on Twitter @pcowett.

Paige Cowett appears in the following:

Kate Hawes, a woodworker, is moving her shop to the Catskills from Sunset Park, Brooklyn. And she's not alone.

Uninsured and in Need of Healthcare

There's a patchwork of primary care available to New Yorkers who don't have health insurance. But if you need extensive medical care, your options are limited.

If you’re a cowboy or cowgirl (or even if you just play one) and you need gear, look no further than Sunset Park.

Chinese immigrants based in New York City have long taken jobs in restaurants as far away as Pennsylvania, Alabama, and even Florida. Sunset Park resident He Shi Chen is one of them.

Birth of the NYC Co-op. Thank You, Finland.

Sunset Park is home to the oldest, not-for-profit coop apartment buildings in New York. That cooperative spirit is alive and well more than a hundred years later.

Summertime in the city means packed public pools. But it's not the only free activity during the summer. What are your "go-to places" for free summer entertainment?

6 Things to Know About Worker Coops

In the past three years, the number of these worker-owned businesses has tripled. Sunset Park is a hub for them.

WNYC's The Affordability Project is taking a close look at the rapidly changing neighborhood of Sunset Park. How affordable is it for residents and businesses now? And will that last?

WNYC has been taking a close look at affordability in New York — one neighborhood at a time. Now, we’re turning our attention to Sunset Park in Brooklyn.

Why do people move from radical politics to political violence? How does a person decide that peaceful protest is not enough?

When Risky Sex Lands You in Jail

We’re often taught that sex comes with consequences. But is our fear of these risks making us alienate and punish people with sexually transmitted disease?

A Doctor’s Love Affair with Vicodin

Harvard physician Peter Grinspoon spent years addicted to painkillers – often sharing pills with his own patients – before he was caught.

Putting Care Back in the ICU

Does a more humane hospital equal a safer one? That’s a question Johns Hopkins is grappling with — and Dr. Peter Pronovost believes the answer is yes.

Bishop Gwendolyn Phillips Coates is on a mission. She’s a preacher in a small church in South L.A., and she’s made it her job to get her congregation prepared for the end of life.

While we don't literally listen to body language, there's a lot of information you can get and communicate without words. Grab a partner and take a few minutes for a mirror game.

Keep the Baby, Get the Chemo

A young mom learns she has breast cancer. Then, while she's scheduling surgery and planning for chemo, she finds out something else: she's pregnant.

Gun Shot Wound? Sure, I Got This

The first day at a new job can be anxiety-producing, especially if that new job is being a first-time doctor in a New York City emergency room.

Pregnant With Cancer: One Woman's Journey

Mary Harris found out she was pregnant the day before she had scheduled surgery for breast cancer.

A drug that's effective in patients with certain forms of melanoma is being tested as a treatment for other cancers whose genetic code contains an identical mutation.

Precision medicine is making it faster to match the right cancer drug to the patient who needs it.