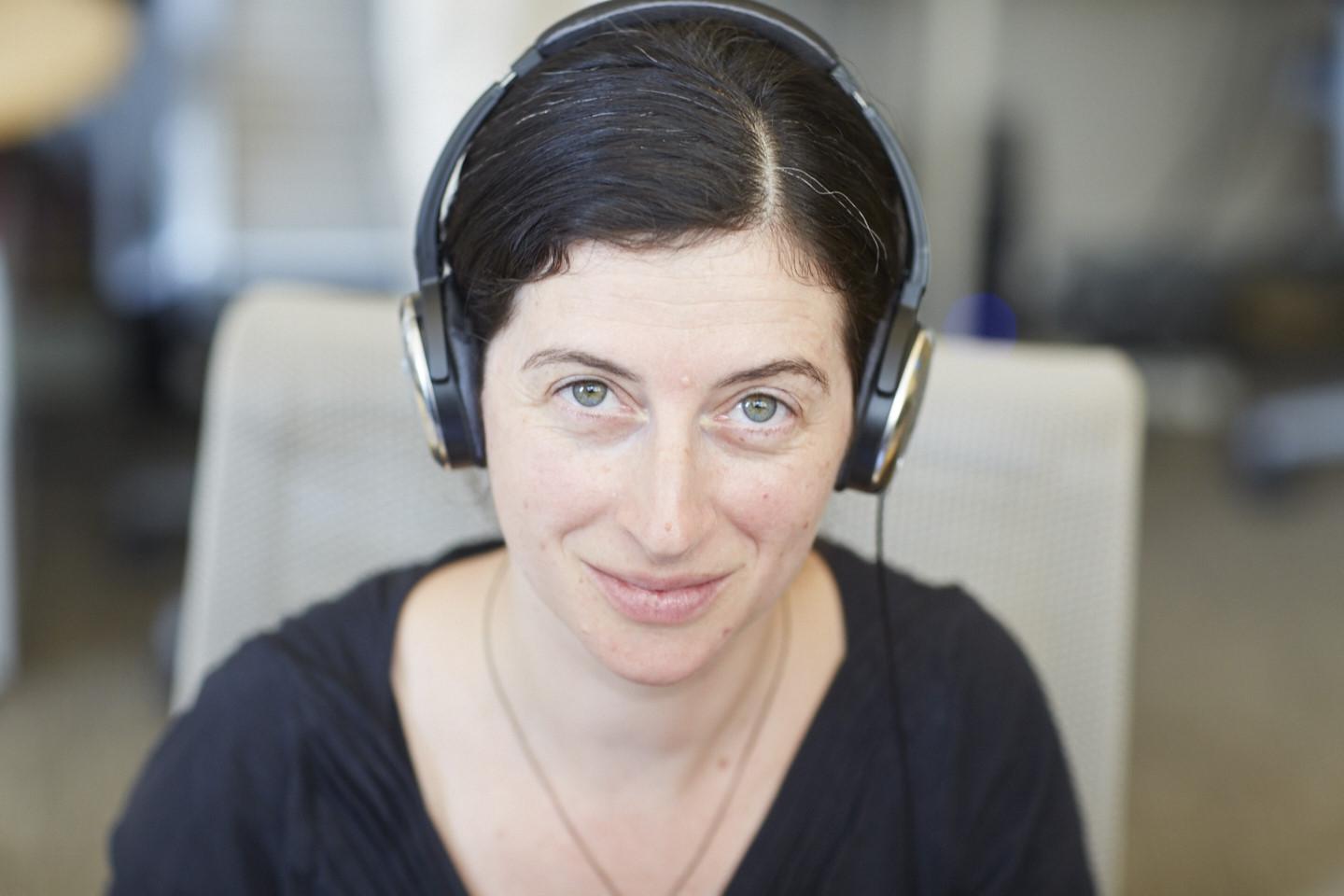 Amanda Aronczyk is an award-winning reporter for WNYC's The Stakes and the WNYC newsroom. Her stories have appeared on NPR, Radiolab, the BBC, Marketplace, CBC, Reveal, On the Media and more. She also teaches audio journalism at the Newmark Graduate School of Journalism at CUNY.

Amanda Aronczyk appears in the following:

Walter Murch (aka, the Godfather of The Godfather), joined by a team of scientists, leads us on what felt like the magical mystery tour of super cool science.

Is Laughter Just A Human Thing?

Aristotle thought that laughter is what separates us from the beasts. Try to explain that to rats who laugh when tickled.

A New Solution For Snakebites

Snakebites are common, but anti-venom can be hard to get. One doctor is trying a new solution, with help from a former rock star.

Denial at the Trump Hotel

Climate change skeptics are finding it harder to deny the Earth is warming. So what's their plan now?

Are We Living the Unabomber's Nightmare?

"The Stakes" podcast three-part series, A History of Persuasion.

A History of Persuasion: Part 3

Silicon Valley’s “millionaire maker” is a behavioral scientist who harnessed the power of persuasion in a booming tech industry. But it might not be too big to rein in.

A History of Persuasion: Part 2

Ted Kaczynski had been a boy genius. James McConnell’s ideas about psychology sparked almost as much anxiety as Facebook does today. Here’s how their paths crossed.

The Stakes on Addictive Technology

Amanda Aronczyk, a reporter for WNYC's  podcast The Stakes and the WNYC newsroom, discusses part of her series, "A History of Persuasion."

A History of Persuasion: Part 1

A once-famous psychologist... and how the Unabomber tried to kill him. It's the first episode in our three-part series examining the science of persuasion, technology, and its backlash.

Local Democrats joined labor reps to highlight the impact of the federal government shutdown on individual workers on Day 23.

The Flu Felt Around The World

Could the deadly global pandemic of 1918 happen again?

Germs On A Plane

How we learned to catch diseases before they can spread in the air.

Much like this year's caravan scare, the Ebola coverage swelled in concert with the 2014 midterm elections.

There are two islands in New York Harbor you may have never heard of - but they played a notorious role in the city's history as quarantines for sick immigrants arriving in the U.S.

As we head towards 2020, what can Senator Kirsten Gillibrand's rise within the Democratic Party tell us about the relationship between gender and power in American politics?

The Secret Women of Red Texas

A group of women in rural Texas share a secret: they’re progressive, and they’re organizing. Membership is by-invitation-only, and they’ve sworn not to discuss the group with outsiders.

The Women of Texas’s Secret Resistance

A group of progressive women in rural Texas has been covertly organizing, but some of them are ready to speak out.

The Women of Texas's Secret Resistance

A group of women in rural Texas share a secret: they’re progressive, and they’re organizing. Membership is by-invitation-only, and they’ve sworn not to discuss the group with outsiders.

Journalist and activist Ida B. Wells is in some ways a forgotten figure, but she was unwavering in her mission: calling America out on racial injustice.
1 2 3 4 5 6 Next