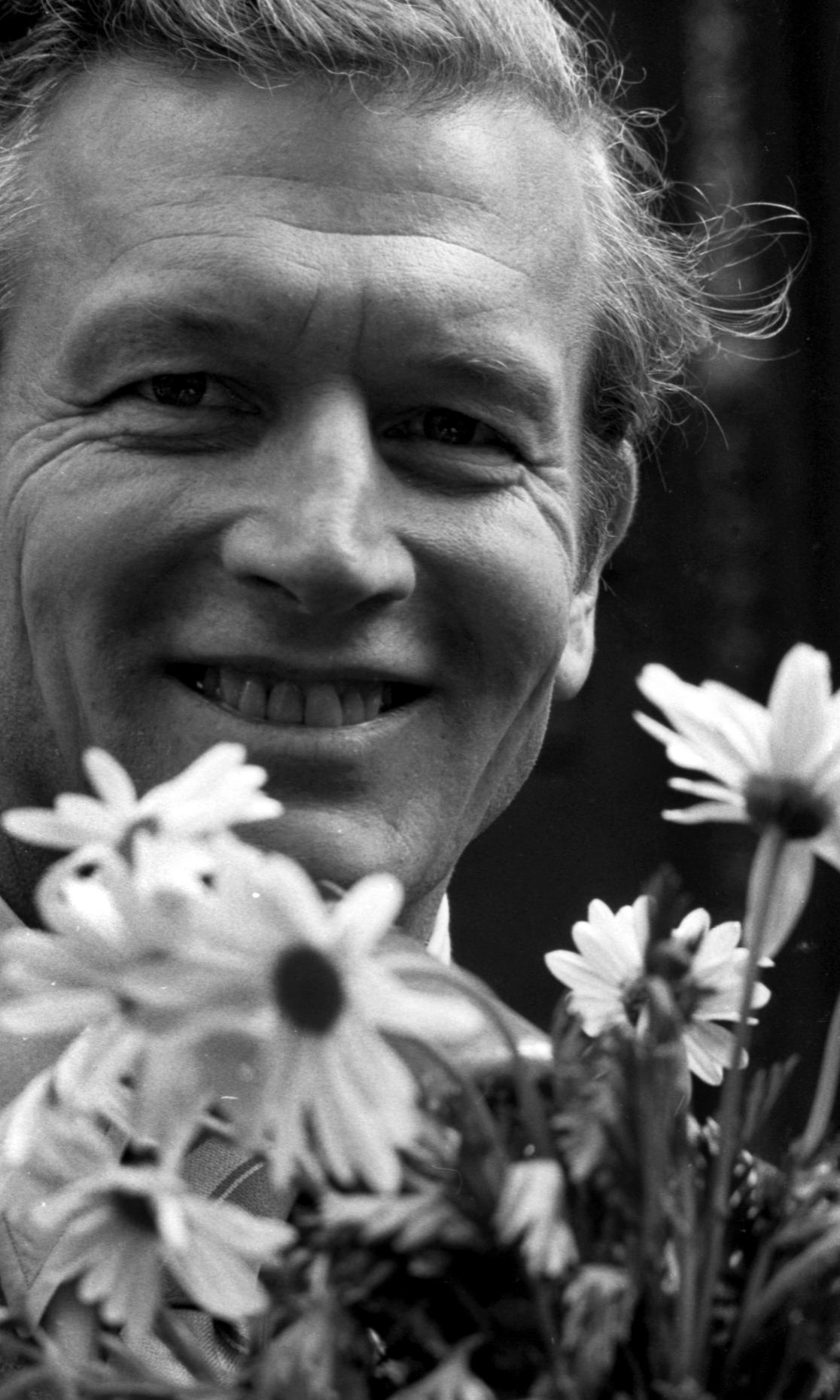 John Vliet Lindsay was born November 24, 1921, in New York City. Lindsay received a bachelor of arts degree from Yale University in 1944 before joining the Navy at the tail end of World War II. Upon returning from service, Lindsay went back to Yale, receiving his Legum Baccalaureus in 1948. He began practicing law in New York City in 1949. He also married his wife Mary Ann Lindsay (née Harrison) that year, with whom he would raise 4 children.

Though he had been a member of the Young Republicans and an ardent supporter of Dwight Eisenhower during Ike’s campaign for the Presidency, Lindsay’s career in politics began in earnest when he became executive assistant to the United States Attorney General in 1955. During his time in the Justice Department, Lindsay served as an intermediary with the White House and worked with the Eisenhower Administration in drafting legislation. In 1958 he was elected to the 86th Congress as representative of the 17th district of New York (Manhattan’s Upper East Side)  in the United States House of Representatives. He served as a Congressman as Republican through 1965, though his record frequently indicated a more liberal outlook on the role of government.

In 1966 he was elected mayor of New York City, and was immediately hit with a transit strike which crippled the city for 12 days. The struggle was just the beginning of Lindsay’s labor woes as he struggled with increased demands for higher municipal wages throughout his time as mayor, an issue which never seemed to find a satisfying resolution. In 1967 he served as Vice Chairman for the National Commission on Civil Disorders (Kerner Commission) at the behest of President Lyndon Johnson, who no doubt noticed Lindsay's genuine concern for the needs of inner city citizens.

In 1969 he switched political parties, losing the Republican Party’s support in the primary elections after a protracted mutual estrangement, leaving the GOP for the Liberal Party. In 1971 he switched again, this time joining the Democrats for a failed effort for the presidency. His time as New York City Mayor ended in 1973 after he declined to pursue another term.

Lindsay returned to private practice in 1973, and served as an occasional contributor to Good Morning America for the American Broadcast Company. He would also serve as chairman for the Lincoln Center for Performing Arts from 1984 to 1988.

When the Mob Infiltrated City Government

Mayor John Lindsay responds to the arrest of Water Commissioner James Marcus for taking kickbacks from the mob.
Read More

On the first Earth Day - that would be April 22, 1970 - Mayor John V. Lindsay implores New Yorkers to be more thoughtful with their parking.
Read More

New York in Black and White: The Sixties, Civil Rights and the Ocean Hill-Brownsville Crisis

WNYC's John Rudolph delves into the 1968 crisis that sprung from school reform and still affects the city.

John Lindsay reflects on his years as Mayor of New York City with Stuart Scheftel at Mortimer's Restaurant.

Mayor Lindsay press conference on the Knapp Commission and complaints against the police.

The Mayor's statement is as follows:

Eight million New Yorkers depend each day on New York's police to preserve the peace, ensure the,public safety, protect lives and property and aid those in distress.

Question and answer period follows. Among them:

Should all city employees be required to live ...

The Mayor announces the immediate construction of a new high school in Corona, Queens, but ...

New York City Comptroller Abraham D. Beame and Mayor John V. Lindsay announce the creation of a 3-person construction board headed by Municipal Services Administrator Milton Musicus and including Comptroller Beame and Budget Director Edward K. Hamilton. The main goal of the board will be to communicate with construction companies ...

Mayor Lindsay answers questions regarding his remarks made the day before about President Nixon, whom the Mayor held responsible for the "cloud of suspicion and mistrust."

He also announces that 2,500 heroin addicts will enter methadone maintenance facilities thru the Health Services Administration as well as ...

In this press conference, Mayor Lindsay endorses Louis Lefkowitz for Attorney General for State of New York, calling him 'the people's lawyer.' Lefkowitz thanks the Mayor and pledges himself to service to the people.

Lindsay is asked about running for President and taking a sabbatical once he ...

Mayor Lindsay says the power shortage is now at its worst since the summer. He urges New Yorkers to conserve energy by cutting back on unnecessary power use such as leaving the refrigerator door open. (phone sound)

He says they will now test validation boards in community civil service in order to end or reduce law suits about exams for promotions in the Police Department. The categories of promotion are patrolman to sergeants, sergeants to Lieutenants, and ...