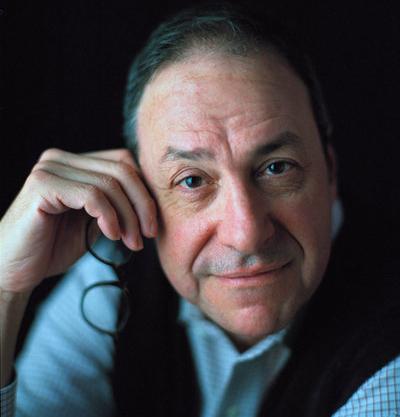 Joe Nocera is an op-ed columnist with The New York Times and a regular contributor to WNYC. He has been reporting on business and finance for three decades in such publications as Fortune, Esquire, Texas Monthly, Newsweek, and joined the Times as a business columnist in April 2004.  His most recent book, co-written with Bethany McLean, is All The Devils: The Hidden History of the Financial Crisis, their best-selling account of the financial crisis.

Joe Nocera appears in the following:

How College Athletes Fought Back Against the Abuses of the NCAA

Joe Nocera investigated how the NCAA exploited young athletes and lured them onto top-division college teams with the promise of professional careers.

Getting Taken Out at a Ballgame

Anywhere from 1,500 to 2,000 baseball fans are injured each year by flying balls and bats. New York Times' Joe Nocera looks at why there are no policies to protect fans at the ballpark.

Is Being a College Jock a Real Job?

The NCAA is under fire from current and former college athletes who argue they're more than just students and should be paid accordingly.

The U.S. economic recovery was a global bright spot last year, as Europe, China and the oil states all experienced setbacks and slowdowns. So what stories will shape 2015?

Back to the Future – Cold War Style

If you miss nuclear standoffs and assassination plots, this was your week. A cast of Cold War foes dominated the news cycle. And now the U.S. needs to figure out what's at stake.

A Good Week for Insider Trading

Joe Nocera says it's cleaner to ship the oil by pipeline rather than put it on a train. Joe Romm says a moral world would leave this oil in the ground. Today, the U.S. Senate decides.

With Republicans in Control, What's Next for the Economy?

Republican wins this week might lead to more cooperation on key economic issues.

Wall Street Worries About the Economy, Oil And Ebola

Fear fuels the sharp twists in the markets as investors worry about a global slowdown, falling oil prices and Ebola.

What a Difference a Year Makes: Obamacare Turns One

The Affordable Care Act recovered from its bumpy roll-out, but there are still a lot of unanswered questions.

Six years after filing for bankruptcy and igniting the financial crisis, new reporting suggests the government could have bailed out the bank and saved it.

Corporations are promising to reduce emissions, embrace sustainability and divest from fossil fuel companies. Will it be enough?

How Important is the Alibaba IPO?

What to make of the attention (and hype) around the public stock offering of the Chinese e-commerce company, expected to be one of the largest in history.

How to Fix Our Broken Retirement System

Pensions have all but disappeared and 401ks and Social Security aren't cutting it. It's time to start rethinking retirement in America.

Pharmaceutical companies are now developing drugs for so-called orphan diseases, which affect only a small sliver of the population. It sounds great, but there’s a potential problem: ...

Upheaval as far away as the Gaza Strip and eastern Ukraine may hurt America's fragile economy. Plus, why many U.S. corporations are rushing to incorporate abroad.

And why, though Time Warner rejected his $80 billion offer, he might not take "no" for an answer.

What to Do With CEOs Behaving Badly?

After being ousted from the T-shirt-making retailer, American Apparel CEO and founder Dov Charney wants back in. Is this a template for other CEOs, or is Charney just the Kim Kardashian of the business world?

From the "Internet of Things" to drone deliveries to cell phone batteries that lasts longer.