My Favorite Christmas Carol (This Year)

It usually happens around Thanksgiving. Some Christmas tune starts running around in my head and just doesn’t let go. Host Jeff Spurgeon tells us why Britten is on his mind. 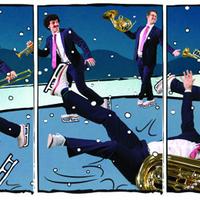 In an exclusive New York performance, the legendary Canadian Brass, beloved for their virtuosity, versatility and mad-cap showmanship, perform from their all-new CD Christmas Time is Here, featuring classics from some of the most popular animated specials created for the holidays.

Benjamin Zander is known for being many things: a late-blooming conductor, a motivational speaker, an educator and Mahler specialist. What he’s not known for is shyness before a microphone.

Gardiner: J.S. Bach Was a Hooligan in his Youth

Johann Sebastian Bach may have been quite a brawler as a teenager. So writes John Eliot Gardiner, conductor and noted Bach interpreter, in a new book about the German baroque composer.
Read More

In an interview with WQXR's Jeff Spurgeon, Domingo called Otello his favorite Verdi role of all time. Listen and find out why.

Clash of the Titans: An Exploration of Verdi & Wagner

Tonight at 9 pm, tune in for a special broadcast of this one-hour program exploring the differences between this year's big anniversary composers: Wagner and his contemporary Verdi.

Why Sad Songs Make Us Happy

"Sad songs say so much,” Elton John once sang. But what do they say, and why do they speak to us? In a recent study published in the journal “Frontiers of Psychology” researchers trie...

Long Delayed, Kenneth Branagh's 'The Magic Flute' Arrives in the US

When Sir Kenneth Branagh decided to adopt Mozart's opera The Magic Flute for film in 2006, an unlikely setting came to mind: the trenches of World War I.

Clash of the Titans: An Exploration of Verdi & Wagner

Tonight at 8 pm, tune in for a special re-broadcast of this one-hour program exploring the differences between this year's big anniversary composers: Verdi and his contemporary Wagner. 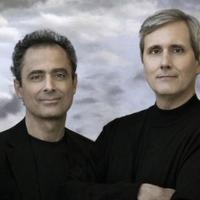 The Emerson String Quartet performs in The Greene Space, in their final public New York City appearance with cellist David Finckel. They discuss their legacy and plans for the future. Featuring guest artists Paul Neubauer on viola and Colin Carr on cello. Watch on-demand video now.

During his recent visit to The Greene Space, András Schiff joined WQXR host Jeff Spurgeon to discuss and perform the music of J.S. Bach — a composer who has long been central to the Hungarian pianist's artistry. 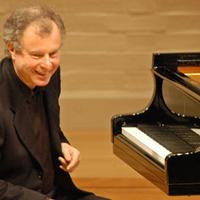 Pianist András Schiff performs music by Bach, a composer who has long been central to his artistry. Hosted by WQXR's Jeff Spurgeon. Watch on-demand video of the performance.

In this video, Juilliard organ department chairman Paul Jacobs shows us how Bach is played on the pipe organ.

Could Any Musician Hold Our Attention for Days on End?

Here in New York, WQXR, the sister station of our co-producer WNYC is launching something they're calling Bach 360°. It's a proper Bach-a-thon — a ten-day Bach marathon festival that ...

Earlier this week, classical pianist Van Cliburn died at age 78. In a piece written on the day of his death, Soundcheck host John Schaefer described him this way:

"...one classical pianist was a larger-than-life, rock-star figure on at least two continents. He was a pop-music phenomenon, with a debut album that went triple platinum. Everyone knew who he was."

The pianist, who became a household name by winning the International Tchaikovsky Piano Competition in Moscow at the height of the Cold War in 1958. WNYC's classical sister station, WQXR, recorded Van Cliburn's triumphant post-victory concert at Carnegie Hall that year -- we take a listen with WQXR host Jeff Spurgeon.

It was 1958. In the midst of the Cold War, the inaugural Tchaikovsky International Competition took place in Moscow. Amid a climate of fear and mutual suspicion between Americans and ... 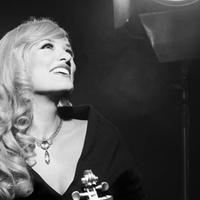 Would It Matter if Beyoncé Lip-Synched Her Performance?

Beyoncé sang at the presidential inauguration on Monday, though many people are saying that she actually lip-synched her performance. Commenting on Beyoncé's potential lip-synching ar...

Five Things to Listen for in Bach's Christmas Oratorio

If Handel's Messiah is the quarterback of holiday music, Bach's Christmas Oratorio is the second-string walk-on. But today, Bach's underplayed work gets a starting spot in the lineup.
Read More

For the past two days, a battery-powered radio has been the only connection to the outside world for many New Yorkers. And for many of them, music, particularly classical music, offer...