Leave a Legacy for WNYC 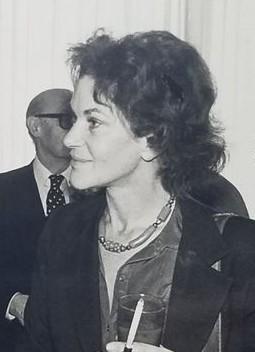 Born and raised in South Africa, Diana Boernstein’s entire personal and professional life was dedicated to fighting for social justice. From an early age she was active in the local anti-apartheid movement, and after a stint in Egypt as an au pair, and another in the UK working for the Anti-Slavery Society, Ms. Boernstein settled in her beloved New York. It was there that she dedicated the rest of her career to the United Nations, forever committed to its ideals of internationalism and peace.

After completing her JD at Columbia, Diana became the representative of the Secretary General in court cases and was ultimately appointed Chief of Rules at the UN, where she did the vital work of ruling on personnel matters in the complex and fraught space between member nations’ domestic laws and international law. After her retirement in 1995, Ms. Boernstein continued working for UNDP as a consultant, spending time as part of the UN missions in Haiti and Cambodia, and also serving as Secretary of the Group of Experts convened by the Secretary General to address sexual abuse and exploitation of local populations by UN peacekeepers in the DRC and elsewhere.

After earning her JD, Ms. Boernstein read for an MA in economics at NYU -while working full time- simply to become better informed, as she was convinced that it was economic opportunity, and not necessarily formal political rights, that would advance women’s standing. Throughout her life, both as part of her work and as an activist, Diana was a tireless champion for women's rights and the rights of victims of sexual abuse. She was a vocal opponent of corruption and misuse of power, and an advocate for sustainable land use, both in the NYC and in upstate New York. Ms. Boernstein was not just an intellectual, she also spent her life putting her body on the line for many causes by marching for civil, women’s, environmental, and queer rights, and all with the same vigor. Diana also put her money where her mouth and body were by donating generously to many causes and charities.

Diana Boernstein is survived by her brother Quill, her nephew Timothy, and her nieces Tessa and Jenny, to whom she was fiercely devoted. She developed deep and life-long relationships not only with her family members, but also with young artists, musicians, architects, scholars, activists, and countless others whom she supported -- spiritually and materially -- by opening her legendary NYC loft apartment to them. Diana’s natal and chosen family come together in mourning her passing, as inheritors of her wonderful spirit and infinite generosity.

"I don’t remember exactly when I started listening to WNYC, but it’s become an integral part of my day – from the bed, to the kitchen, to the car! I really feel that it expands my world, enriches my life and satisfies my curiosity. Because I wanted to help sustain the programs that I had come to love, I decided to set up my first charitable gift annuity almost ten years ago.  Don’t ever think that whatever you can give is not enough.  It’s a start and will help keep the stations we love from disappearing in the future."

"Over the years WNYC has become an essential part of my daily life, helping me to speak knowledgeably about current events – local, national and international – as well as music and culture with my colleagues and friends. When I was recently updating my will and reflecting on what organizations were important to my life, it seemed only fitting that I include WNYC in my plans – to help ensure the station’s continuity for future generations and as my way of saying thank you."

"The key to our functioning well in society is information. I’ve always been concerned that we have free access to the facts, ideas and background information we need to make informed choices and sustain our community, our country, our world. WNYC provides that context for me. That’s why when the time came for me to consider what I wanted to leave as my legacy, I decided to become a member of the Listeners    Legacy Circle."

"I listen to WNYC every single day. The station is New York City. It takes the pulse of the city and transmits it back to us succinctly and intelligently. Placing it at the top of my list of organizations that mean the most to me when I created my estate plan was my way of giving back to the station that serves me and the city I love so well. I feel wonderful about it!"

Back to Legacy Giving »