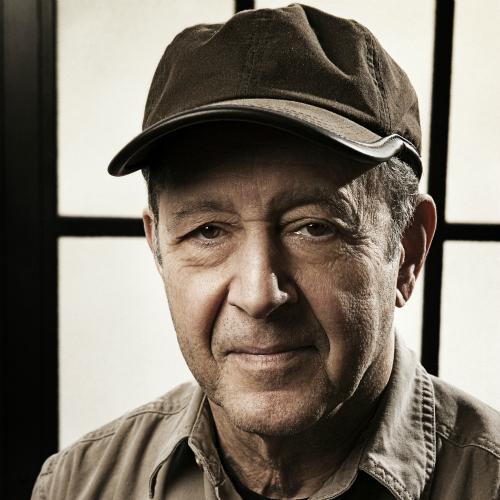 Steve Reich appears in the following:

In this episode: Steve Reich, the composer that reinvented orchestral music discusses his newest composition, Radio Rewrite, a work inspired by the music of Radiohead.

Then, music has played a pivotal role in the work of Chuck Klosterman, who wrote about hair metal in his first book, Fargo Rock City. Today, he joins us to talk about villains, as dissected in his new book, I Wear The Black Hat.

And, the Los Angeles-based power pop group HAIM perform in the Soundcheck studio.

The composer that reinvented orchestral music on his new composition inspired by Radiohead.

In 1981, a young radio host from Brooklyn came to WNYC. John Schaefer was hired to read newscasts and introduce classical music, but soon found himself hosting a new music show that quickly became the on-air hub of the fertile downtown music scene.

Listen Steve Reich is one of the most acclaimed composers working today.  He was a pioneer in using recorded voices as part of his compositions. Even though Reich is no stranger to ...

Not everyone gets worldwide tribute concerts when they turn 75—but if anyone deserves it, it’s probably composer Steve Reich. The American minimalist giant has been deemed one of the nation’s most influential composers, and his innovative use of everything from hand claps to tape loops has inspired musicians like Sufjan Stevens and Brian Eno. His newest piece, titled “WTC 9/11,” premiered earlier this year -- and will be performed in New York by the Kronos Quartet during his upcoming Carnegie Hall birthday bash. He joins us in studio to share the deeply personal story behind this newest work.

Composer Steve Reich was a finalist for the Pulitzer Prize in 2003, 2004 and 2005. His work called "Double Sextet" finally put him over the top. He joins us to talk about the piece and his Pulitzer.

Acclaimed filmmaker Errol Morris shares the stories behind the infamous Abu Ghraib photographs. He explains what really happened at the notorious Iraqi prison. Also: how a compulsive liar and criminal conned his way into Princeton University. Then, Nicolas Poussin's great landscape paintings. And how medieval art was used in Christian ...

Tim Page's first interview with Steve Reich on WNYC. They talk about his upcoming concert and his work in general.