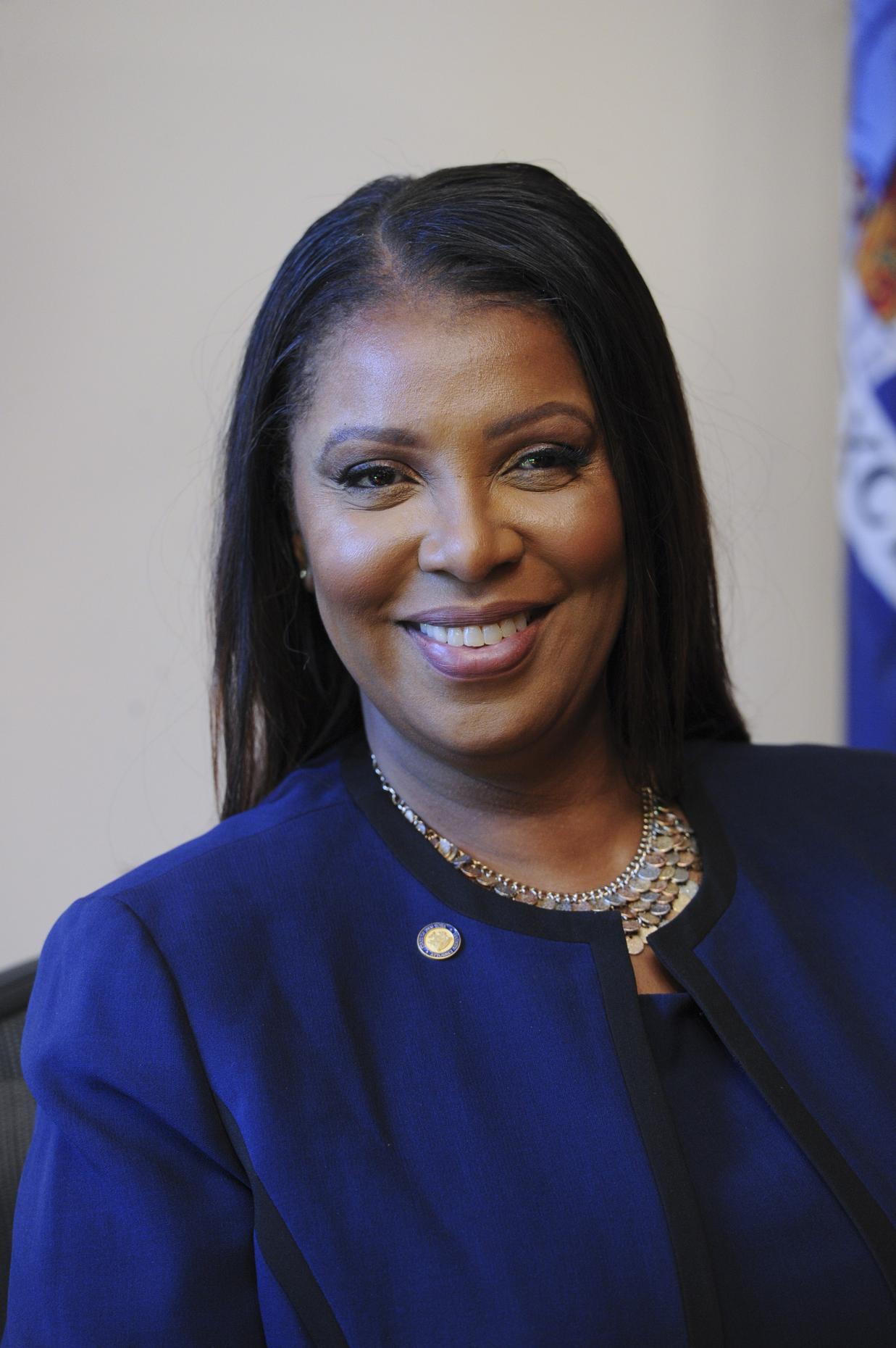 Her office handled over 32,000 constituent complaints and passed more legislation than all previous Public Advocates combined, including a groundbreaking law that banned questions about salary history from the employment process to address the pervasive gender wage gap. Ms. James successfully took on the gun industry by pushing New York City’s largest pension fund to divest from gun and ammunition retailers. She fought in court on behalf of children and families on issues including children in foster care, children with disabilities, and tenant protection. New Yorkers overwhelmingly elected Tish James to a second term as Public Advocate in November 2017.

Prior to serving as Public Advocate, Tish James represented the 35th Council District in Brooklyn in the New York City Council for ten years. As a Council Member, she passed the Safe Housing Act, legislation that forced landlords to improve living conditions for tenants in New York City’s worst buildings. She helped uncover the corruption behind the Office of Payroll Administration’s CityTime contract, a scheme that cost New York City over $600 million. She also pushed through a revolutionary recycling package that included expanding plastic recycling, a new clothing and textile recycling program, and increased access to recycling in public spaces.

Before her election to the City Council, Tish James served as head of the Brooklyn Regional Office of the New York State Attorney General’s Office. She resolved hundreds of consumer complaints and investigated predatory lenders who preyed on first-time homebuyers. She assisted the Civil Rights Bureau in its investigation of the NYPD’s stop-and-frisk policy and cracked down on firms engaged in deceptive business practices including violations of human rights, environmental laws, and scams targeting immigrants.

Tish James began her career as a public defender at the Legal Aid Society. A proud Brooklynite, she is a graduate of Lehman College and Howard University School of Law.

Letitia James appears in the following:

The New York Attorney General tackles price-gouging issues and anti-Asian sentiments as a result of COVID-19.

A bevy of lawsuits!

"I hope that the court recognizes that this should be a non-partisan issue," says AG Letitia James.

AG Letitia James on State of Emergency and Census Lawsuits

The Other Charter Review Commission

Gale Brewer and Letitia James talk about their proposal for a charter review commission.

Public Advocate Letitia James joins to talk about the year ahead for New York City and takes calls from listeners.

Trump's Call for Abortion 'Punishment' and a Likely Brokered Convention

Trump recently recanted his comment that women who get abortions deserve "some form of punishment." Hear more - plus, what would happen if the Republicans faced a "brokered" convention?

A Plea for the Garner Grand Jury Records

New York City Public Advocate Letitia James will go to court next week to argue that the minutes from the Eric Garner grand jury case should be released. She reports on how it went.

An Alternative to Grand Juries?

Letitia James reviews her list of New York City's worst landlords and how to hold them accountable.

Checking in with the Public Advocate

Letitia James, New York City Public Advocate, discusses her first 100 days in office. She sees the deal to save LICH as her biggest accomplishment thus far.

Tish James: This Isn't About Charters, It's About Co-Location

Though she insists that she "believes in school choice," New York City Public Advocate Letitia James is pushing a lawsuit to block the co-location of 36 charter schools approved by Mayor de Blasio.

Letitia James, new New York City Public Advocate , discusses her goals for the office and the news of the day, including the de Blasio administrations's decision to drop a stop-and-frisk ruling appeal.

Crown Heights, 20 Years After The Riots

It's been twenty years since Crown Heights erupted into race-fueled riots. Rabbi Robert Kaplan, director of Cause-NY, a division of the Jewish Community Relations Council of New York and Letitia James, City Council member from District 35 in Brooklyn, discuss the legacy of the riots and how the neighborhood has changed.