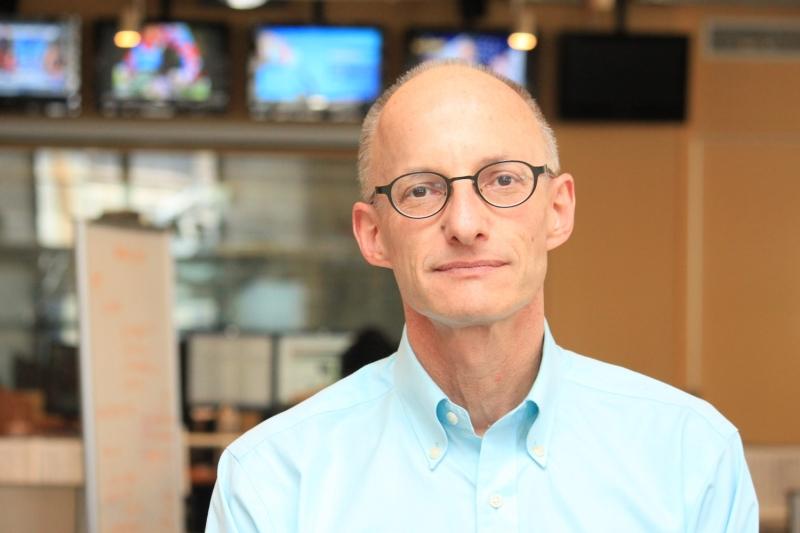 Jim Schachter is Vice President for News at WNYC, where he is responsible for an enterprise-focused radio and digital newsroom, as well as programs and websites including The Brian Lehrer Show, On The Media, Radio Rookies, SchoolBook, Transportation Nation, and other products of WNYC’s award-winning news team.

At The New York Times, he launched a wide range of initiatives, including India Ink, a news blog based in New Delhi; The Choice, a blog about college admissions; an e-book publishing program; The Local, a hyperlocal news pilot teaming the paper with leading journalism schools and community residents; The Carpetbagger, a blog about the movie awards season; and local news pages published  in copies of The New York Times sold in the Bay Area, Chicago and Texas.  Before joining The New York Times in 1995, he was a reporter or editor for the Los Angeles Times, the Kansas City Star and the Jacksonville Journal.  Jim and his wife, Pamela, live in Summit, N.J. They have four children ranging in age from 12 to 25.

Jim Schachter appears in the following:

What Communities Lose When There's No Local News

After the closure of DNAinfo and Gothamist, WNYC's vice president for news examines the state of local reporting and why it's so hard to fund it.

Objectivity: What Is It Good For?

News outlets have historically barred their journalists from protesting or publicly voicing political views. A look at whether that needs to change.

A WNYC reporter gets to play Santa Claus to a Macy's employee.

As thousands gathered in Queens to mourn Officer Rafael Ramos, some police turned their backs when Mayor de Blasio began to speak