Recently awarded the Pulitzer Prize, jazz composer Henry Threadgill talks with Helga about giving license to your imagination and pushing yourself to go beyond excellence to greatness.

Singer, composer and My Brightest Diamond's frontwoman Shara Nova talks to Helga about choosing a new city, leaning into vulnerability, and how her new names translates to "new song."

Q2 Music's new podcast, Helga, features probing conversations with artists who have a unique voice and a stake in the matter of social change. The first guest is director Peter Sellars.

Get an advance listen today to Q2 Music's newest podcast, Helga, a show featuring conversations with diverse, uncompromising and socially conscious artists across the creative spectrum.

Watch a live video-stream of the Grammy Award-winning Brooklyn Youth Chorus celebrating the launch of its 25th anniversary season with music by Jeff Beal, Nico Muhly and Caroline Shaw.

Q2 Music commemorates the passing of Einojuhani Rautavaara, with a 12-hour marathon stream of music by the great Finnish composer. Today at 4 pm and Saturday at 10 am.

Wednesday, May 25 at 7 pm, watch a live videostream of a special edition of the Yale School of Music's new-music series, New Music New Haven, from The Greene Space at WQXR.

Listen to violinist Jennifer Koh's exploration of virtuosity in the 21st century with 16 world premieres from dynamic, celebrated composers live from National Sawdust.

Watch: Peter Sellars and Friends from The Greene Space

Watch a live videostream of a conversation with opera director Peter Sellars and performances by Ojai Festival musicians as recorded at The Greene Space at WQXR on May 13.

The annual Prototype festival of new opera returns to New York this week. Creative producer Beth Morrison joins Helga Davis to discuss her professional path and the value of community.

Celebrate the 80th birthday of Arvo Pärt today with an encore stream of A World Apärt: a 24-hour survey of one of the most revolutionary voices of the 21st century.

Monday, June 15 at 7 pm, indie-classical standard-bearers NOW Ensemble celebrated the release of their latest album "Dreamfall" with a performance live from The Greene Space. 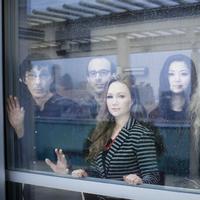 Wed, May 13 | Be the first to hear the upcoming release from the ensemble with a performance of the complete album live from The Greene Space at WQXR. A live webcast will be available.

Watch: Bang on a Can All-Stars Unveil 'Field Recordings'

Watch the archived performance of "Field Recordings," the latest album from the Bang on a Can All-Stars, live from The Greene Space. 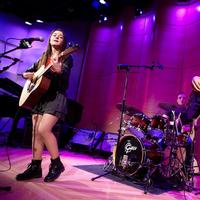 Battle of the Boroughs 2015: Queens 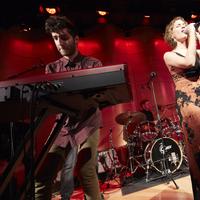 Battle of the Boroughs 2015: Manhattan

Fri, Feb. 6 | Sold Out- Manhattan is sold out, but join us for the Bronx on Feb. 13. Manhattan takes the stage in our quest to find New York City's best up-and-coming musical act.

Join us all day today (Jan 30) for an encore presentation of Raised Voices:  24 hours of today's wild and ravishingly beautiful music for vocal and choral ensemble.

All day today, we celebrate the upcoming birthday of influential Finnish composer Kaija Saariaho with a 24-hour survey of her music, hosted by Phil Kline.