Eddie Robinson appears in the following:

Newer City Buildings Withstand Quake, Older Ones Are Cause for Concern

Structural engineers and architects said some of the city’s older buildings are not reinforced, and a stronger quake than the one that rocked the city  Tuesday could have caused maj...

The New York State agency that oversees care for people with developmental disabilities has agreed to begin reporting abuse allegations to state police.

Kim Burrell’s gospel runs deep. Her father was a pastor, her mother an evangelist, and Burrell grew up singing in the Church of God in Christ. She’s one of the most influential younger singers in gospel, but her turn toward love songs has caused an uproar ... 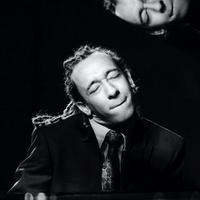 Notable for its extremely quick tempo and improvisation that is pure, BeBop takes over The Greene Space in an intimate gathering to hear jazz piano. Sip a glass of wine and delight in a special reading.

Modern R&B concerns itself with three things — love, lovemaking, and heartbreak. Marsha Ambrosius, a British singer now based in Philadelphia, wants to shake things up. On her debut album, the breakup songs are caustic and funny; her sad songs are wrenching. She’s tackled homophobia with ...