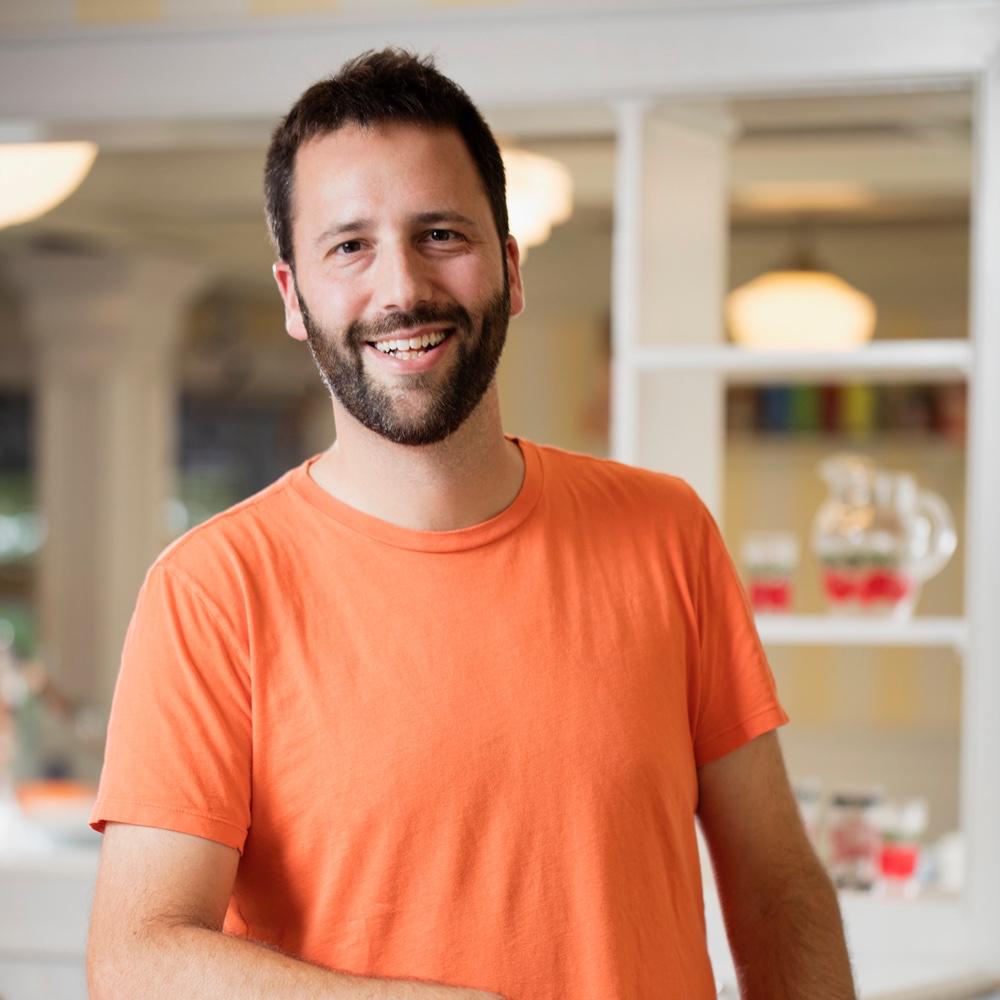 Dan Pashman is the creator and host of Stitcher’s James Beard and Webby Award winning podcast The Sporkful, which he says is not for foodies, it's for eaters.

Since launching The Sporkful in 2010, he has used humor and humanity to approach food from many angles, covering science, history, identity, culture, economics, and the ideal way to layer the components of a PB&J.

Dan has hosted live tapings of The Sporkful for sold out crowds across the country, and is also the creator and host of Cooking Channel's "You're Eating It Wrong." Dan and his work have been featured on Radiolab, WTF with Marc Maron, The Today Show, Morning Edition, Guy's Grocery Games, Planet Money, It's Been A Minute With Sam Sanders, and Beat Bobby Flay.

Prior to launching The Sporkful Dan was a producer and reporter at NPR, Air America Radio, and Sirius XM. He lives outside New York City with his wife and two daughters.

Dan Pashman appears in the following:

Lunch in the Time of Inflation

We take your calls on the best practices for in-person work lunch prepping.

Dan Pashman, host of the podcast, The Sporkful, joins us to discuss a long-running project of his -- to design and develop his own unique pasta shape.

There's a New Apple in Town

After 20 years in the making, the apple industry is releasing a new kind of apple. It's being called the biggest launch in apple history.

How to Change Your Palette

When Other Cultures' Holidays Become An Excuse To Party

From St. Patrick's Day to Cinco de Mayo, holidays from specific cultures and religions have been embraced by people looking for a reason to celebrate. What's gained and what's lost?

Is There Really A Difference Between Expensive Vodka And Cheap Vodka?

Walk in to just about any bar in America today and you'll see a row of fancy vodka bottles all lined up. Some people swear by one brand or another, but there is a federal law that requires all vodkas to be pretty much the same, so the Planet Money team decided to test them.

When Culture and Identity Collide at The Dinner Table

A new series from The Sporkful podcast, “Your Mom’s Food,” explores why some cultural traditions are passed down through generations, and others aren’t.

What If Willy Wonka Was Your Dad? Roald Dahl's Magical Parenting With Food

Food played a big role in Charlie and the Chocolate Factory and Dahl's other books. His daughter remembers fanciful "midnight feasts" and says her father used mealtime to test out new characters.

Parks jotted the recipe down on the back of an envelope. A Library of Congress curator says "this recipe is quintessentially African-American."

Is it possible to experience total food joy, when you're always afraid that something you eat will make you sick? Our look at life with food allergies continues.

Amy Pearl loved meat -- until a steak almost killed her. We hear her riveting (and hilarious) story, and explore how allergies change your relationship with food and people.

The co-host of Good Muslim Bad Muslim tells us how to share food without killing the romance, and why she wishes guys she dates would stop trying to out-Muslim her.

Conan’s sidekick tells us why he chose a really nice refrigerator over a sports car. And he traces his issues with weight back to a childhood ice cream outing with his grandmother.

Is It OK To Save Seats In A Crowded Restaurant?

At a busy restaurant with counter service, is it OK to claim your seat before you get your food? A listener calls in with an ethical quandary.

We follow one woman’s quest to get better coffee in her office, culminating in a companywide taste test. Plus we ask experts whether caffeine actually makes us more productive.

Last year Dan spoke with a young woman who was on the verge of developing an eating disorder. This week he speaks with her again to see how she's doing one year later.

The Restaurateur Who Got Rid Of Tipping

Shake Shack’s Danny Meyer explains why tipping is a hoax, which questions his servers aren't allowed to ask, and how his dad's bankruptcies affected him.
1 2 3 4 5 … 13 Next