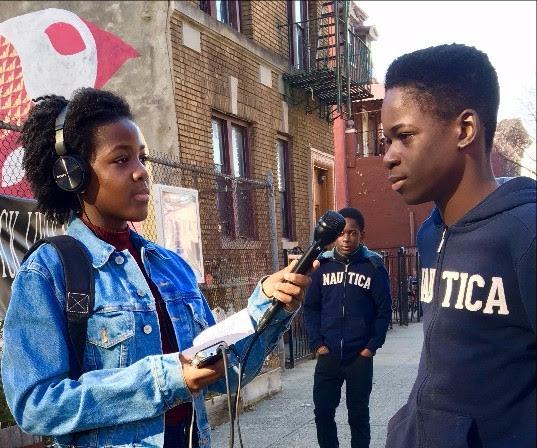 Corinne Bobb-Semple is 14-years-old and a freshman at Saint Ann's School. She is interested in writing, photography, and politics. Corrine has lived in Bedford-Stuyvesant her whole life and has seen her neighborhood change in a lot of ways.

Corinne is reporting on community change in Bed-Stuy and how it’s affecting teenagers who live in her neighborhood. She believes that the teenage perspective is lacking in conversations about gentrification and she wants to highlight that it in her story.

Corinne Bobb-Semple appears in the following:

Gentrification: Feeling Like an Outsider in Your Own Neighborhood

For kids growing up in fast-changing neighborhoods, the change can be destabilizing. Rookie reporter Corinne Bobb-Semple shares what the changes in Bed-Stuy have meant to her.