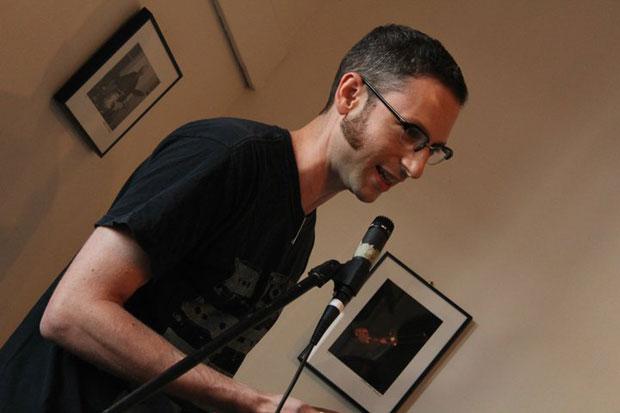 Sean Cole came to Radiolab from the American Public Media program Marketplace where he reported on everything from the rental market in Dubai to a new type of hand gel laced with nicotine. He’s done stories for lots of different public radio programs including All Things Considered, Only a Game, Studio 360 and This American Life where he’s also worked on staff. Sean got his start at the Boston NPR-affiliate WBUR as a newsroom intern. He spent nine years there, ending up as a reporter and producer for the award-winning documentary series Inside Out. He writes poems, some of which have been published. And, yes, he wrote this bio.

Sean Cole appears in the following:

We turn to doctors to save our lives -- to heal us, repair us, and keep us healthy. But when it comes to the critical question of what to do when death is at hand, there seems to be a gap between what we want doctors to do for us, and what doctors want done for themselves.

From a duel with the world's deadliest disease to a surprising peek into the way doctors think about death, in this hour Radiolab tries to reckon with the grim reaper.

Walt Whitman set out to invent a radically new form of poetry for a new nation. His book was first viewed as bizarre and obscene — one reviewer said that the author should be publicly...

Stories of trying to chart the unknown, by measuring and making sense of things just beyond our grasp.

When TJ Jagodowski and Dave Pasquesi get on stage they introduce themselves, work the crowd a bit ... and then, the lights go off. And when the lights come back on, they're just standing there, staring at each other. The audience is waiting, wondering what's going to happen. ...

What Doctors Want from End of Life Care

Why do so many end-of-life patients get care that is ineffective? Radiolab Jad Abumrad on the show's recent story.

We turn to doctors to save our lives -- to heal us, repair us, and keep us healthy. But when it comes to the critical question of what to do when death is at hand, there seems to be a gap between what we want doctors to do for us, and what doctors want done for themselves.

Mel Blanc was known as "the man of 1,000 voices," but the actual number may have been closer to 1,500. Bugs Bunny, Porky Pig, Tweety, Barney Rubble -- all Mel. His characters made him one of the most beloved men in America. And in 1961, when a car crash left him in a coma, these characters may have saved him.

To get things started, Jad ris fascinated by the first paragraph of an article by Mary Roach, in which she makes a bold claim about a daring attempt to provide proof that there is life after death. She tells us the story of Thomas Lynn Bradford and his journey ...

Jad and Robert wonder if maybe they could add to their color palette. Jay Neitz wondered the same thing, sort of. Take a monkey that can't see red, for example. Couldn't you just give them the red cones they were missing? So he took the human gene for red cones, ...

In our latest short, The Turing Problem, we described the importance of a wholly imaginary invention--Alan Turing's theoretical "universal machine." But thanks to a listener, we found...
Read More

Sean Cole tries to square the idea that the fallout from a war between teensy organisms and teensier viruses can be seen from space. Luckily, he finds a perspective-shaking demo built...
Read More

In the mid-1950's, a blind seven-year-old boy named Joe Engressia Jr. made a discovery that changed his own life and many others. While idly dialing information on the family telephone, he heard a high-pitched tone in the background and started whistling along with it. Slowly, he learned to recognize all ...

After hearing our Death Mask podcast, a listener writes in with another sighting of l'inconnue--and includes some pictures.
Read More

Near the end of the 19th century, a mysterious young woman with a beguiling smile turned up in Paris. She became a huge sensation. She also happened to be dead. You'd probably recognize her face yourself. You might have even touched it.

How to Get to North Brother Island

The New York City Parks Department would probably want me to start this way: North Brother Island is a ruin. It hasn’t been occupied, nor used for anything by anyone except nesting herons, since the early 70’s. Thus, it’s dangerous.

The Most Horrible Seaside Vacation

In 1906, a rich family vacationing in Oyster Bay, NY started to get sick. Very sick. It turns out they'd come down with typhoid, a disease forever associated with one woman: Typhoid Mary. You think you know this story, and we thought we knew this story too. But as producer ...

American Icons: Because I Could Not Stop for Death

American Icons: "Because I Could Not Stop for Death"

Emily Dickinson's fantasy of getting picked up by the grim reaper is a very strange work of art to be standard fare in high school English classes. For our American Icons series, Sean Cole — a poet himself — examines Dickinson's legendary work, "Because ...