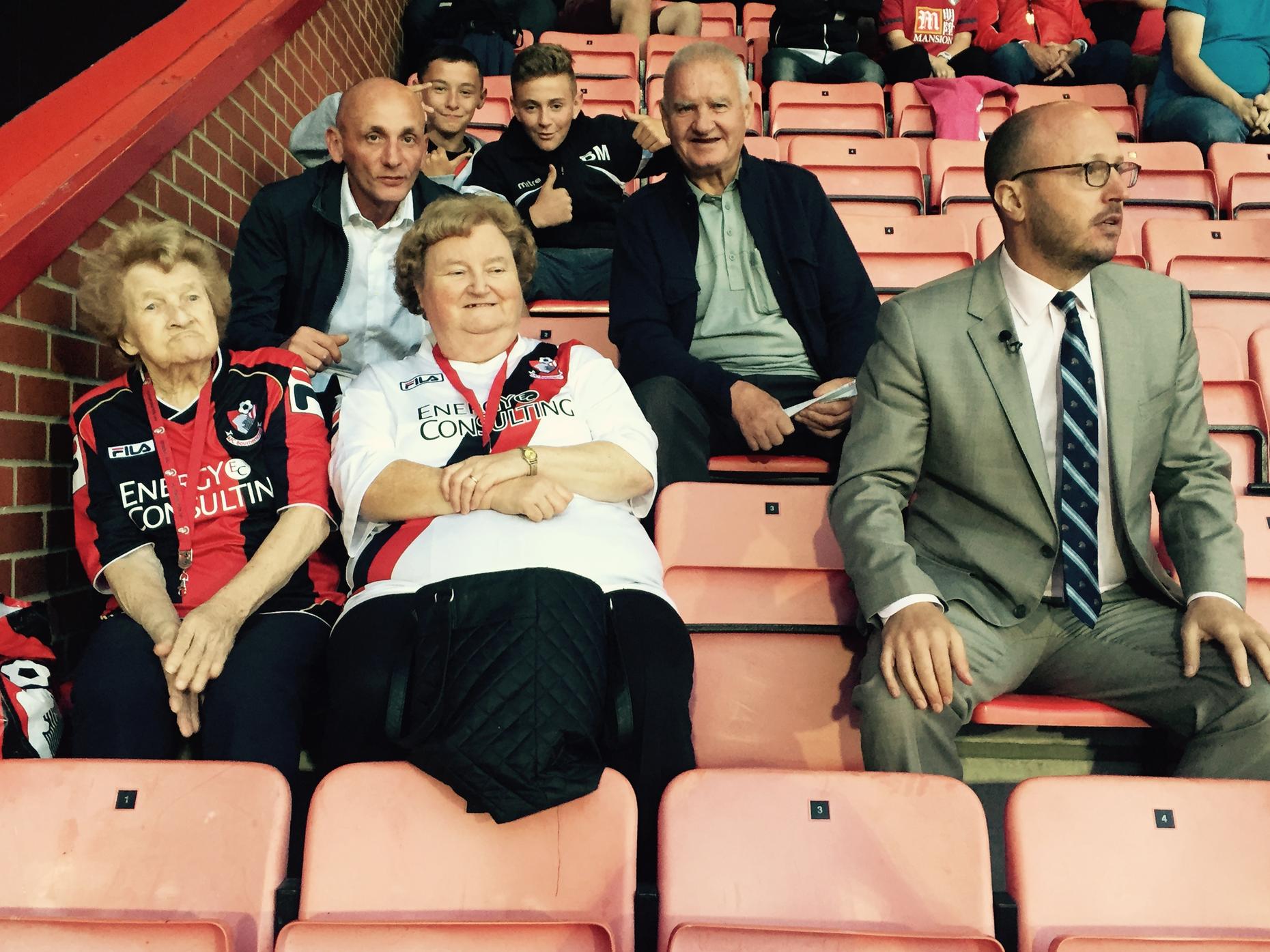 Together with Michael Davies, Roger co-hosts Men In Blazers, a show that “mixes analysis and guest appearance in equal measure, with the aim of providing an intelligent yet often humorous, and always passionate, soccer broadcast.” Both a weekly podcast and a television show on NBC Sports Network, Men In Blazers has built a dedicated audience of die-hards who tune in for sporting narrative connected to Soccer, Open Golf, and the NFL. The duo have developed a large live following, but they are never happier than when watching soccer, with a bottle of Bud and a large pie.  Twitter: @rogbennett

Roger Bennett appears in the following:

World Cup Without US

Roger Bennett talks about the latest from World Cup play, and his "American Fiasco" podcast.

Take a break from your earbuds to attend a live meetup of The New York Times Podcast Club to discuss an episode of “American Fiasco,” WNYC’s first narrative sports podcast.

Revisiting the 1998 World Cup and the U.S. Men's Team's Legacy of Failure

Why the U.S. Men's soccer team imploded in the 1998 World Cup...and how the Women's team helped saved the sport in the nascent American market.

Some are asking why the U.S. is even hosting this tournament in the first place. (Hint: It's all about the Benjamins.)

About That World Cup Bite: We Predicted It

Uruguayan striker Luis Suarez has "more teeth than Anne Hathaway," and "will stop at nothing to score goals," said Roger Bennett, host of the podcast "Men in Blazers," when we spoke w...

We're less than three weeks out from the 2014 FIFA World Cup. Ahead of the world's most watch tournament, The Takeaway explains which teams to watch, who the stars will be, and whethe...

Everything You Know Is Pong

Eli Horowitz, editor at McSweeney’s and Roger Bennett, co-authors of Everything You Know Is Pong, talk about how ping-pong explains the world.

Everything You Know Is Pong

Eli Horowitz, editor at McSweeney’s and Roger Bennett, co-authors of Everything You Know Is Pong, talk about how ping-pong explains the world.

Return of the Latin Lantzmen

On the 1961 album Mazel Tov, Mis Amigos, an all-star lineup of New York jazz musicians mashed up Jewish and Latin styles under the fake name Juan Calle & His Latin Lantzmen. Before a tribute concert this weekend at Lincoln Center, composer and pianist Arturo O’Farrill and music historian Roger ...

It started out as an affinity for kitschy Jewish album covers. It turned into an obsession. Record collectors Roger Bennett and Josh Kun scoured the country to unearth obscure vinyl LPs like “Bagels and Bongos” and “Mazel Tov, Mis Amigos.” They join us to explain what the hundreds of album ...