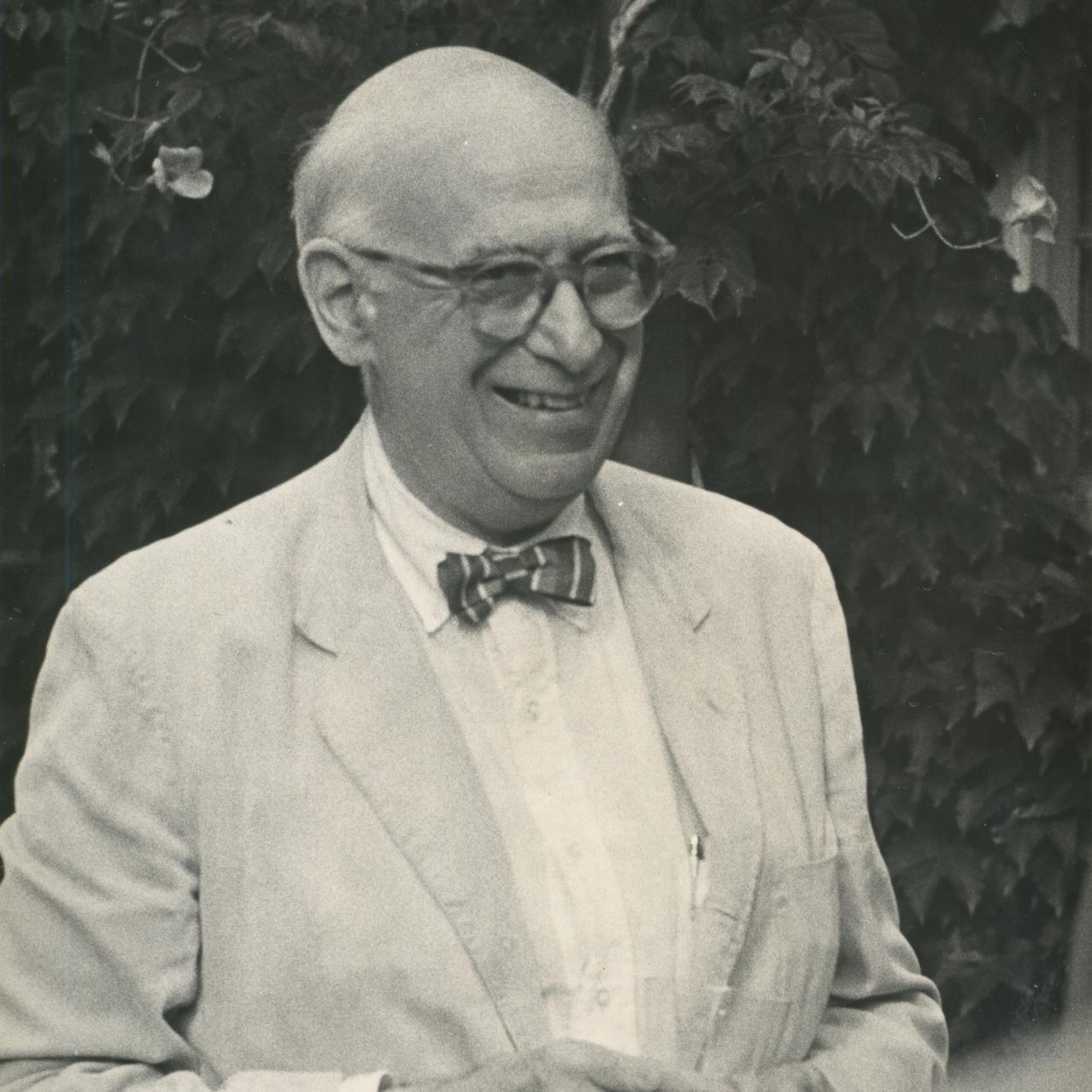 Urban planning pioneer and WNYC commentator from 1966 to 1971.

As a boy, he watched intently from his grandmother’s window as one of Manhattan’s great apartment houses was being built.  It was a fascination that became his calling in life—a devotion to design, architecture, city planning and preservation.  Robert Weinberg, born in 1902, New York City bred, Harvard educated, went on to become an architect, leader of community organizations and city planner.

In fact, he was a pioneer in the profession of city planning, a fledgling profession in the 1930s. In this capacity he was often at odds with his aggressive and politically powerful contemporary, Robert Moses. As an architect-planner in a Moses-appointed job at the City’s Department of Parks, Weinberg’s plans were outside the regimented norm and his job was removed from the budget. But he remained steadfast in his principles and continued to work at improving urban and suburban design.

He created a program in City Planning at New York University.  He taught courses in planning and related fields at the Pratt Institute, the New School for Social Research and Yale.  He exerted his influence through professional and good government groups, such as the American Institute of Architects and the Citizens Union. He went to Chicago where he worked with the Chicago Housing Authority and to Cleveland to work for the Planning Commission..

From 1966 to 1971 Robert Weinberg gave voice to his views and knowledge in a series of radio reports on WNYC, New York’s municipal station.  He talked about issues from landmarks to parkways, from zoning to new construction and all matters in between that came under his sharp scrutiny.

Throughout his career he believed in the important role of the professional—the architect, designer, city planner.  Though he was devoted to the principles of modern architecture he often assumed the role of protector of the historic past.  Protecting a building or neighborhood, however, was not to be based on aesthetics alone but on considering the useful future of that building or neighborhood.

Robert Weinberg was a prolific writer, an author of books and articles. He sent out a steady barrage of book reviews and letters of opinion, condemnation and congratulation.  He was a collector of material—documents, brochures, association minutes, catalogues, articles--all pertaining to his passion--improving the efficiency and quality of life.  His collection of papers (more than 50,000 documents) embodies the early history of city planning and brings to life one of its most ardent and dedicated leaders.

Robert Weinberg on iron façades in Manhattan's "The valley", the section between the high rises uptown and those of downtown (Canal to 23rd St).

Robert Weinberg on the Tristate Transportation Commission proposal for a large land purchase.

The Armory School on Carnegie Hill.

The fate of Squadron A Armory and the design of the new I.S. 29. Also leftover audio about engines and pollution.

Zoning in the Nation's Capital

Robert C. Weinberg discusses the many diversions between Washington and New York. For example, Washington has many more residential houses than New York, but from an architectural point of view, there is little unity of style, size or shape (except for Alexandria and Georgetown) the capital is poorly planned or ...

The Future of the Brooklyn Navy Yard

This episode is from the WNYC archives. It may contain language which is no longer politically or socially appropriate.

Robert C. Weinberg, WNYC's critic-at-large in architecture and planning commenting on the future of the Brooklyn Navy Yard. What will become of the government's property? At least half the area will ...