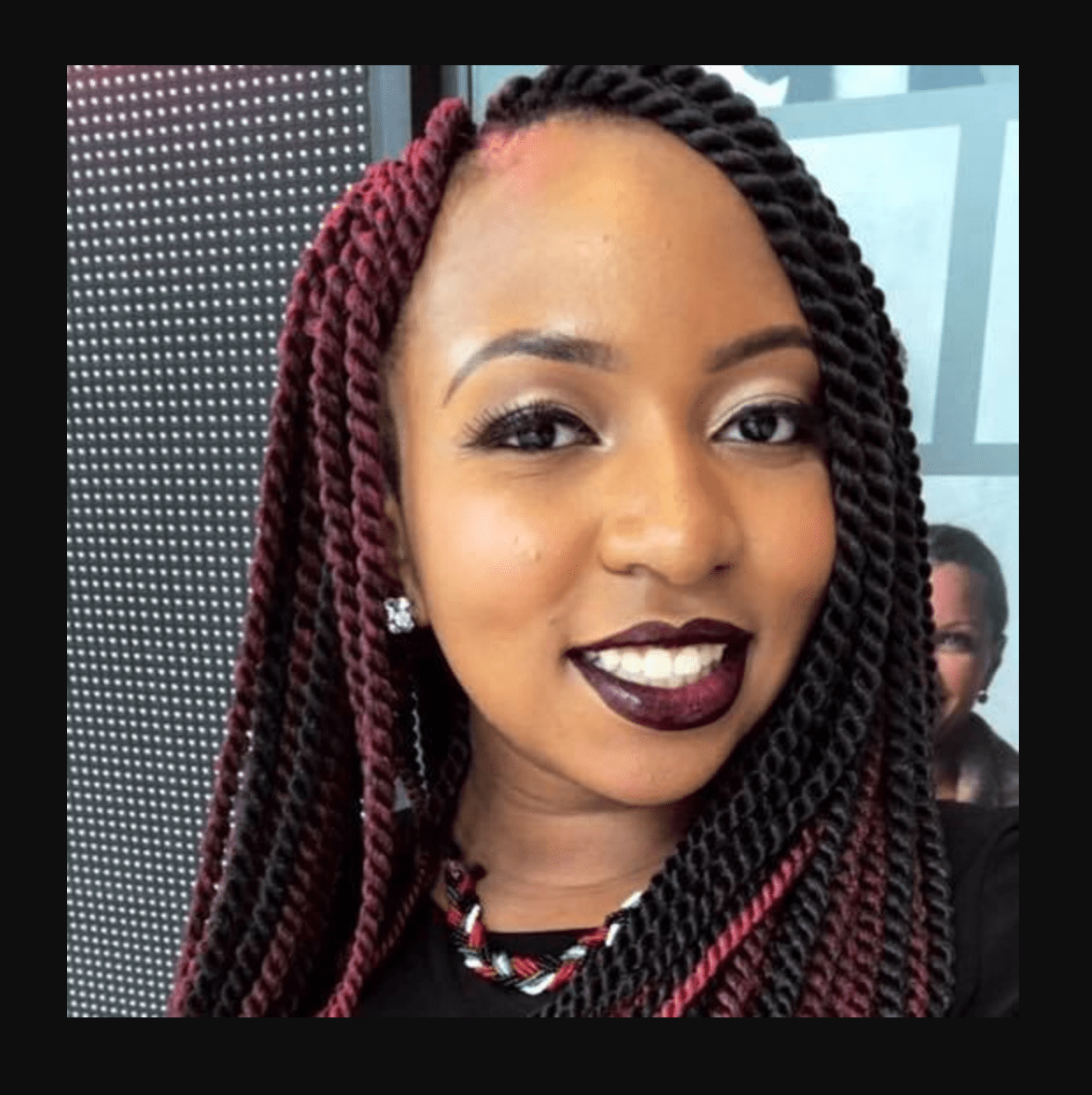 Polly is a Digital Content Editor at New York Public Radio (WYNC), where she is responsible for managing social media for WNYC and PRX’s ‘The Takeaway’, a national NPR show with over 2 million listeners, pitching news stories and features for The Takeaway and her podcast is ranked the 4th most downloaded, amongst others.

As a photographer, Polly’s work has been published in numerous publications, including Refinery29, NPR, The Washington Post, BuzzFeed, CNN, HuffPost, OkayPlayer, OkayAfrica, Arkansas Democrat-Gazette, and the University of Oregon.

In 2017, Polly completed a degree in Journalism from the University of Oregon. Born in Nairobi, Kenya, Polly has lived around the world from Nairobi, Kenya to Topeka, Kansas to Eugene, Oregon to Washington, D.C., and ultimately to Brooklyn, New York.

Polly Irungu has spoken about social media, branding, podcasting, media diversity, African media, COVID-19, and photojournalism at US institutions such as the University of Oregon, and as a panelist for The Guardian - Nigeria, Public Ambition, Twitter, NBC News, Hustle Summit, National Association of Black Journalists, and Online News Association.

Polly Irungu appears in the following:

Ethiopia Declares a Ceasefire in the Tigray Region

Ethiopia’s government has declared an immediate ceasefire in the Tigray region, where a conflict has been raging since last November.

In her new book, Professor Carol Anderson argues that the right to self-defense is not applied equally to African Americans.

The Significance of Miss Juneteenth Pageants in 2021

Channing Godfrey Peoples, screenwriter and director of "Miss Juneteenth," joined The Takeaway to discuss the significance of Miss Juneteenth pageants and what they represent today.

Started more than 40 years ago, the observance celebrates the history and scope of Black music from classical and folk to hip hop and rock.

After Practice of "Race-Norming" is Exposed, Black Former Players Remain Skeptical of NFL

Last week, the NFL admitted it had been using a practice known as “race-norming," which made it harder for Black players to qualify for a payout if they have dementia.

Research shows that Black women have historically faced evictions at twice the rate of white people in at least 17 states.

Finding Hope and Resilience in 2020

It’s been a tough year. We discuss the hope and resilience that got us through the collective trauma and devastation of 2020.

How Hollywood Leaders Can Make the Film Industry Less White

Last week, the Oscars announced a new set of standards that Best Picture nominees will need to meet starting in 2024. But the vast majority of recent nominees would still make the cut.

Losing a Parent to Police Violence

Freelance photojournalist Montinique Monroe talks about her father, Paul Monroe, who was killed by police on April 15, 1993.

As with so many diseases, colon cancer is one that disproportionately affects the Black community in this country.

According to the Treatment Advocacy Center, a person with severe mental illness is 16 times more likely to be killed in an encounter with police.

A look into the killings of Dijon Kizzee, and Andres Guardado.

The Challenges of Completing the Census During a Pandemic

The Census Bureau will stop counting in San Diego and other parts of the country on September 18. That date is even earlier than the previous September 30th deadline.

A Lawsuit Demanding Reparations, 100 Years After the Tulsa Race Massacre

This week, people in Tulsa filed a lawsuit demanding reparations for victims and descendants of the Tulsa Race Massacre.

On Tuesday, the Centers for Disease Control and Prevention announced a nationwide eviction moratorium for renters making less than $99,000.

Is the Fashion Industry Reckoning with Its History of Racism?

As protests against police brutality spread across the U.S. this summer, major fashion brands and companies expressed solidarity with Black Lives Matter.

The Critical Work of Black Women in the Democratic Party

According to a recent survey, 87% of Black women identify as Democrats, making them one of the most party-loyal demographics in the U.S. Yet, they’ve often been sidelined by politicians.

The Whitewashing of Women's Suffrage