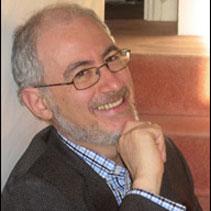 Norman Lebrecht is a prolific cultural commentator and an award-winning novelist.

He has written twelve books about music, which have been translated into 18 languages. The latest is Why Mahler?, a radical interpretation of the most influential composer of modern times. He also writes the blog "Slipped Disc" at Artsjournal.com. Norman Lebrecht’s first novel The Song of Names won a Whitbread Award in 2003 and is scheduled to me made into a major motion picture. His second, The Game of Opposites, was published in the US by Pantheon Books. A third is in preparation.

A collection of Lebrecht columns will be published this year in China, the first such anthology by any western cultural writer. A Lebrecht conversation appears monthly in The Strad, magazine of the strings profession. The Lebrecht Interview will return in July 2011 on BBC Radio 3. The Lebrecht blog, slipped disc, is the most heavily visited musical commentary in the UK.

Norman Lebrecht appears in the following:

The best summer festivals are outlets of escape from the rituals and formality of city life, writes Norman Lebrecht. But there is hardly a festival on earth that is not thinking abou...

Life of a Titan

Gustav Mahler’s role as an influential composer is indisputable today, but in fact, his music was largely dismissed in his lifetime. Author and music critic Norman Lebrecht joins us today on Soundcheck to discuss his new book, Why Mahler? -- and to explore the evolution of Mahler’s career and the powerful way that his music affects us.

Abbey Road Studios, the recording complex in London made famous by the Beatles, was granted landmarked status by the British government on Wednesday. The move came after a public outcry over reports that EMI, the facility's longtime owner, had put it up for sale to property developers. Cultural critic (and ...

As Wagner's "Ring Cycle" arrives at the Metropolitan Opera this week critics contend that it's the ultimate in long, boring and bombastic music drama. But Wagner fans (or "Ringheads") argue that few composers pack in more thrilling songs, glorious orchestral passages, and big ideas -- and the rewards for the ...

Betty Freeman died in Los Angeles on Friday at the age of 87. She was a driving force behind much new music of the last 50 years, including such modern classics as Steve Reich’s Different Trains. In all, more than 80 composers were beneficiaries of her support, totaling over 400 ...

The powerful conductor Herbert Von Karajan ruled over major orchestras and released more than 800 recordings. Once a member of the Nazi party, he also possessed a dangerous ego and ambition like no other artist. British music critic Norman Lebrecht and Pulitzer Prize-winning classical music critic Tim Page engage in ...

Why the Philharmonic's trip may not be so unique

The New York Philharmonic's trip to North Korea may be unique but it's hardly the first American classical-music group to perform in the politically isolated nation. Violinist Young-Nam Kim performed there with a string quartet in 2004 and is returning there to teach next month. He joins us.

Behind Jerry Springer: The Opera

Carnegie Hall has seen its share of far-out performances. But few have come with disclaimers for language and mature content. This week, "Jerry Springer -- The Opera" earns that distinction when it has a two-night run at Carnegie Hall. The musical comes with a history of critical praise, major awards, ...

Who Says He's Elgar the Great?

2007 marks the 150th anniversary of the birth of Sir Edward Elgar, the composer of works like Pomp and Circumstance. But it's also the year that the bank of England has removed him from the 20 Pound note. Today, a debate over his merits with Bard College president Leon Botstein ...