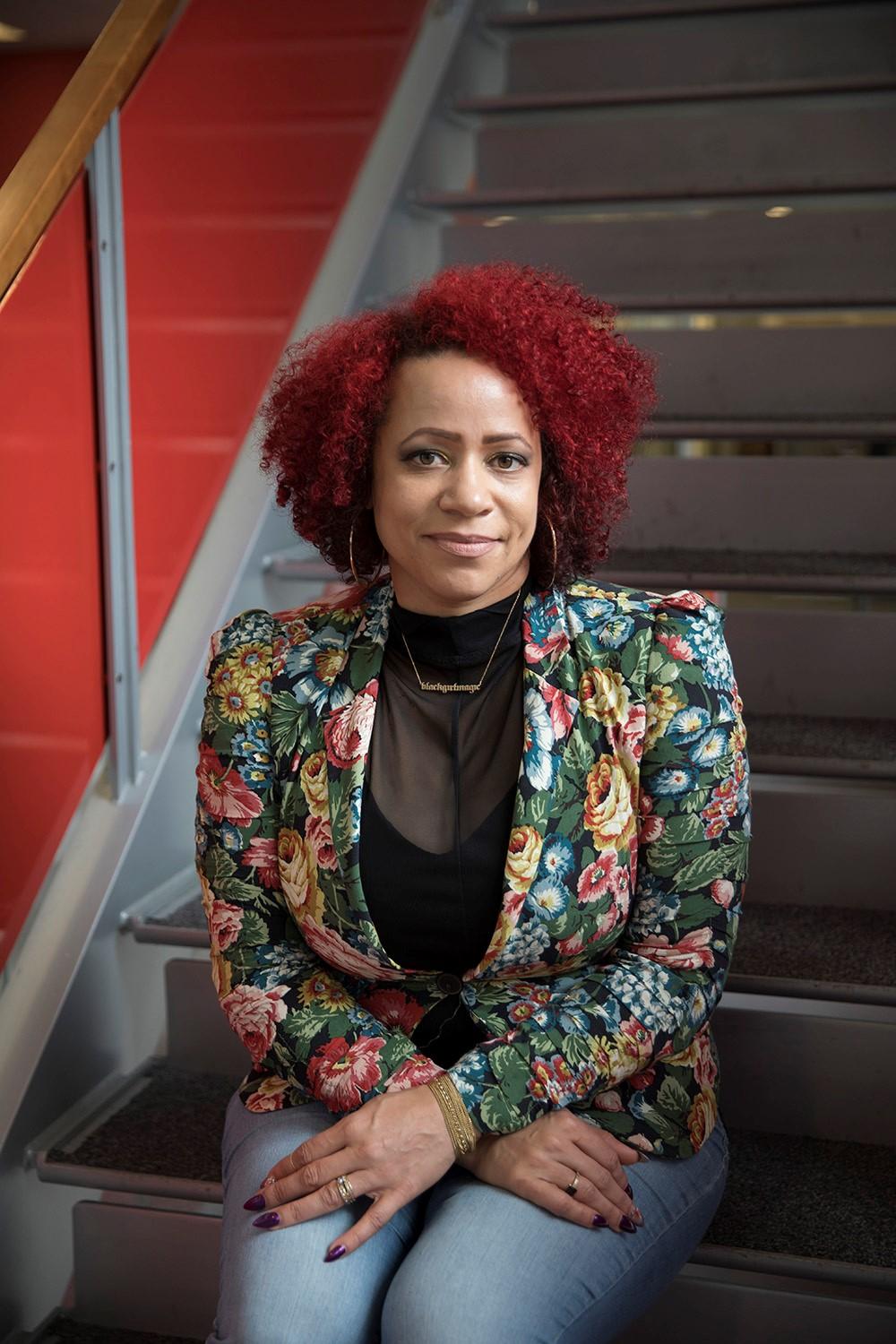 Nikole Hannah-Jones is a Pulitzer Prize-winning reporter covering racial injustice for The New York Times Magazine and creator of the landmark 1619 Project. In 2017, she received a MacArthur Foundation Fellowship, known as the Genius Grant, for her work on educational inequality. She has also won a Peabody Award, two George Polk Awards, three National Magazine Awards, and the 2018 John Chancellor distinguished journalism award from Columbia University. In 2016, Nikole co-founded the Ida B. Wells Society for Investigative Reporting, a training and mentorship organization geared towards increasing the numbers of investigative reporters of color.

Nikole Hannah-Jones appears in the following:

Nikole Hannah-Jones and Jake Silverstein join us to discuss an expanded version their project titled 'The 1619 Project: A New Origin Story.'

Pulitzer Prize-winning reporter Nikole Hannah-Jones talks about the book based on the New York Times 1619 Project.

Nikole Hannah-Jones on 'The 1619 Project'

Nikole Hannah-Jones joins to discuss "The 1619 Project" from The New York Times Magazine.

Journalist Nikole Hannah-Jones self-identifies as a "super sensitive" person. But that's not the same thing as being scared.

The Past, Present and Future of Nikole Hannah-Jones

Award-winning journalist Nikole Hannah-Jones, on how her personal history influences her reporting.

What the Candidates Are Not Saying About Race

Despite proximity to Ferguson, candidates at Sunday's presidential town hall made no mention of prejudicial policing, and so many other aspects of racism in the U.S.

When NYC School Segregation Gets Personal

Choosing where your daughter should go to school in the most segregated school system in the country is tough, especially when you're job is reporting on segregation.

Schools like the Brooklyn New School have become highly attractive to parents, in part because of their diverse student bodies, but City Councilman Brad Lander says we need more options.

The Normandy school district near Ferguson, MO (where Michael Brown went), tells the story of failing schools, segregation and an accidental integration plan.

Behind a Big Supreme Court Case

In the next couple of months the Supreme Court will issue a decision in the case of Fisher vs. University of Texas at Austin. The case may determine the future of Affirmative Action, but news coverage that centers on the sympathetic plaintiff in the case misses a fascinating back story. Bob talks with ProPublica reporter Nikole Hannah-Jones about the case.

ProPublica reporter Nikole Hannah-Jones; Fred Freiberg, Executive Director of the Fair Housing Justice Center; and Betsy Julian, former Housing and Urban Development executive, discuss why the 1968 Fair Housing Act, which was supposed to help integrate cities, has gone largely unenforced, and what HUD should do to integrate cities. Nikole Hannah-Jones has been reporting on the topic for ProPublica, and you can read her articles here, and she's the author of a Kindle single called Living Apart: How the Government Betrayed a Landmark Civil Rights Law.