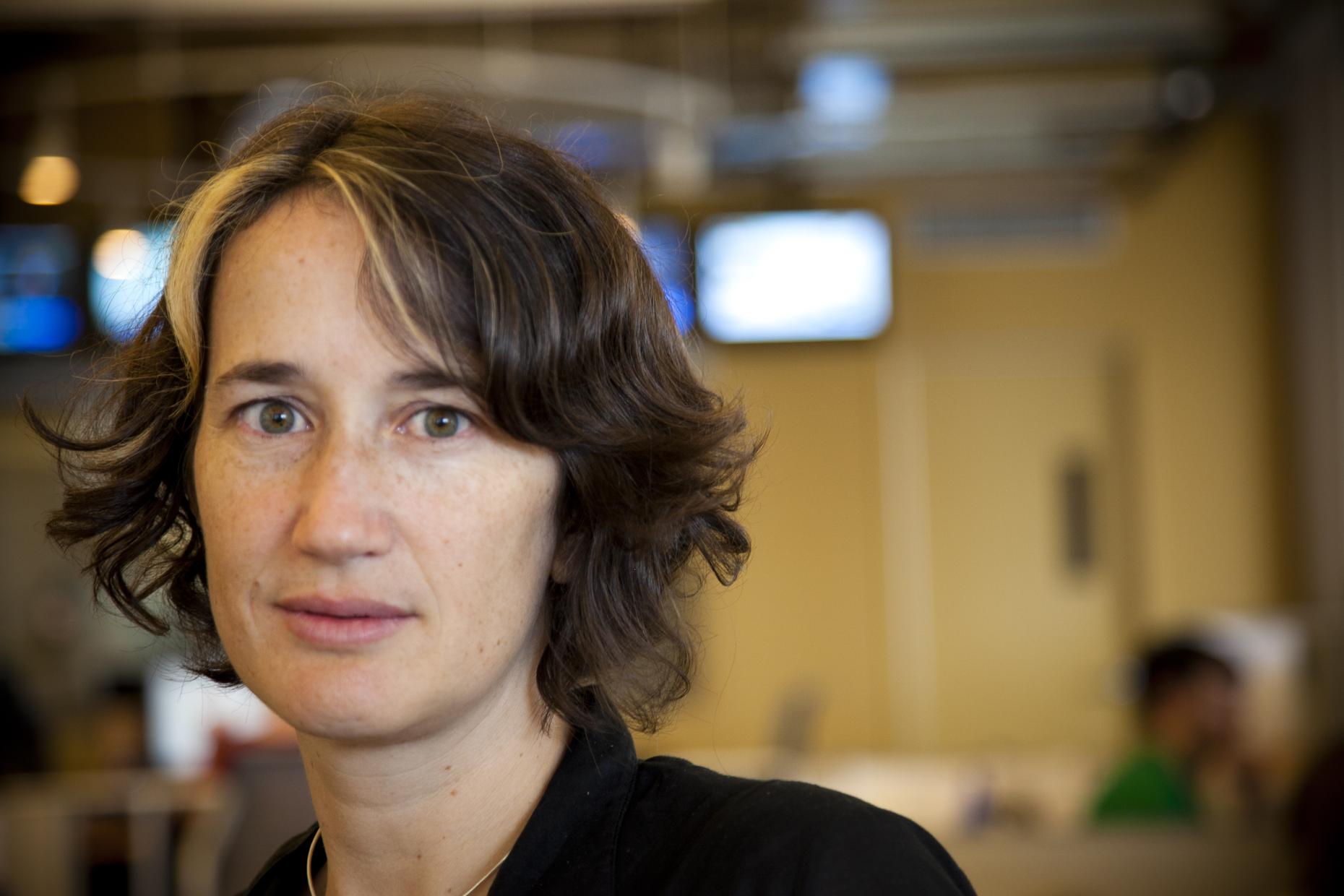 Marianne McCune was a reporter for The United States of Anxiety, a show about the unfinished business of our history and its grip on our future. While reporting in New York for NPR (Planet Money) and WNYC, she followed her stories to Pakistan, Ethiopia, Haiti, Mexico, Colombia and elsewhere. She also founded Radio Rookies, WNYC's award-winning series of stories from New York teenagers. She’s currently based in San Francisco, where she has also produced a dozen audio documentaries that, via a location-based app called Detour, move listeners through stories — from a history of the gay rights movement in the Castro to a skeptic’s walk through SFMOMA’s art galleries.

Marianne McCune appears in the following:

Desegregation By Any Means Necessary

A gun-toting Black Power advocate was made principal of a Marin County, California school during efforts to desegregate 50 years ago. As they try again, we recount his radical legacy.

A Historian's Guide to the 2020 Election

Many of the conflicts that we face today echo from the often forgotten Reconstruction era. We go back 165 years to understand the unfulfilled promises of our past and how we got here.

Scared in the Suburbs

The suburbs have long been considered safe spaces for white Americans to retreat from ‘dangerous’ big cities. Now violent unrest around the country threatens that sheltered way of life.

What Do You Have to Lose?

Share your story with us. We want to hear from you!

For our first LIVE episode we take calls and reflect on last week’s Democratic National Convention by exploring what it means to be a member in a party divided.

The Laws of Soil and Blood

Afro-Italians like Bellamy Ogak are not born citizens by law. Their story is a reminder why U.S. birthright citizenship is a radical idea: It ended slavery.

'Community' Is a Verb. And It’s Hard

People all over the country are stepping up to make change. But as they do, they face challenges that go beyond Covid-19 and police violence. Two stories, from Chicago and New York City.

What if we release prisoners with no one to help them? We follow a psychiatrist and social worker as they try to find and support mentally ill inmates being released during a pandemic.

Questions to Ask While Waiting

Many of us are bracing for the changes Covid-19 will bring, including to our relationships. So reporter Jenny Casas turned to Benji Hart’s poem as a tool for connecting with one another.

Dispatches from People Stranded in Place

From the homeless in San Francisco to immigration detention centers, here's how the response to Covid-19 is undermined by choices that have little to do with healthcare.

Black Power at the Polls

Liberal politics have relied on the same coalition for 160 years. But do black people have any real power in that alliance? Kai Wright and Rashad Robinson discuss presence versus power.

A Secret Meeting in South Bend

We speak to descendants of the Great Migration in South Bend, Indiana about their family stories of housing in the “heartland,” and inequity in home ownership today.

In the classrooms and town meetings of Marin, California we witness a community grappling with what desegregation and reparations might look like in the 21st century.

Episode 6: 'Please Lock Up My Kid'

One of the most notable entry points in the school-to-prison pipeline opened when desperate parents turned to law enforcement for help keeping their kids out of trouble.

Wealthy Chinese woman are hiring Americans to be surrogate moms. We explore how the relationship between a Chinese woman and her American surrogate changed during a particularly difficult pregnancy.

A Pesticide, A Pigweed And A Farmer's Murder

One farmer's improper use of an herbicide damaged another's field and led to a shooting. The dispute reveals divisions among neighbors and economic tradeoffs over the right way to farm.

A battle with a weed divides neighbors and leads one farmer to shoot another dead. Today's show: The hunt for a better pesticide gets way out of hand.

The wages in both places are remarkably low by U.S. standards. But ...

Just across the border from El Paso, Texas, Ciudad Juarez is notorious for the violence that has accompanied a long war between cartels. Marianne McCune goes to Juarez to see how the once-epicenter of Mexico’s drug violence has changed the city and the reporters who risk their lives to cover it.

Over the past couple years, violence in Ciudad Juarez has fallen from its peak levels, but the city (along with its neighbor across the border, El Paso) is still trying to revitalize its image. Marianne McCune talks to the mayors of El Paso and Juarez about what they're doing to accomplish this, the 2010 decision to leave Juarez off of an El Paso tourism map, and the recent decision to add it back to the map.