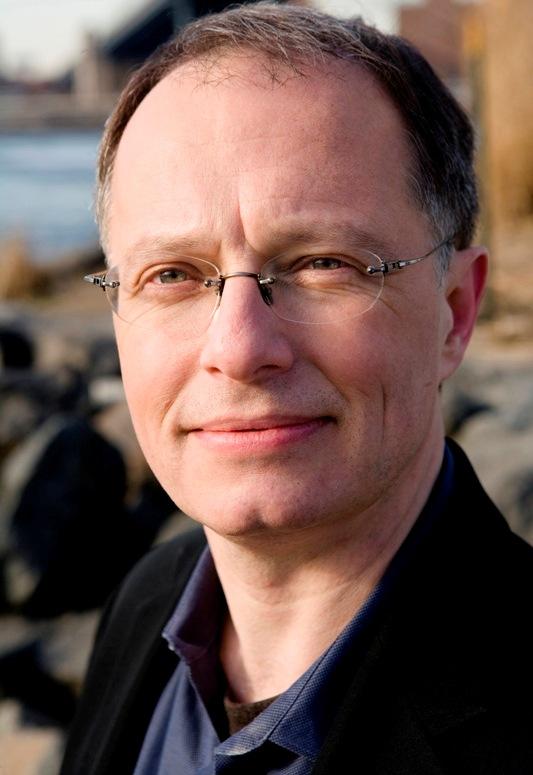 From 1996 to 2004, Mr. Tritle was Music Director of the Emmy-nominated Dessoff Choirs, winners of the ASCAP/Chorus America award for adventurous programming of contemporary music. Under his direction the Dessoff Choirs performed with the Cleveland Orchestra, New York Philharmonic, San Francisco Symphony, and Czech Philharmonic, as well as a nationally telecast Live from Lincoln Center concert of Mozart’s Requiem.

Kent Tritle has made more than a dozen recordings on the Telarc, AMDG, Epiphany, Gothic, VAI and MSR Classics labels. His most recent CDs with the Choir of St. Ignatius Loyola, Ginastera’s The Lamentations of Jeremiah and Schnittke’s Concerto for Choir; and Wondrous Love, music from 1,000 years of sacred repertoire, have been praised by Gramophone, the American Record Guide, and The Choral Journal.

Kent Tritle appears in the following:

It’s becoming a summer solstice tradition – a huge series of free musical events across New York city under the name Make Music New York. And this year, to celebrate composer Philip Glass’s 75th birthday, one of the events will be a performance of a brand new choral arrangement of Glass' "The New Rule." That's going to be right smack in the middle of Times Square on Thursday, June 21st -- and you can join in! We talk with conductor Kent Tritle to find out more.

The St. John Passion is one of Bach's two great surviving Passions, or sacred oratorios, the other being the St. Matthew Passion. Host Kent Tritle gives us five tips on getting to kno... 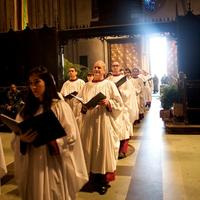 Decade 9/11: Music of Reflection and Resilience

WQXR presents The Cathedral Choir of the Cathedral Church of St. John the Divine's first public concert under the direction of the renowned Kent Tritle, performing works that capture the power of music to provide solace, inspiration and hope. 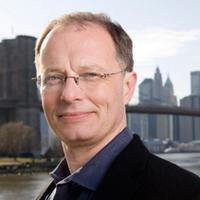 Members from nine New York choirs lend their voices for a special performance of Johannes Brahms’s Liebslieder Waltzes with Kent Tritle, host of The Choral Mix on WQXR.

The Year in Classical and Opera

Our Critics Week series continues with a look back at year in classical music and opera. Washington Post chief classical music critic Anne Midgette joins us with her picks for the year’s best. Plus: Tis the season – for Handel’s “Messiah.”  Every year at this time, Handel’s big piece for chorus, soloists and orchestra takes over the NY concert scene. Kent Tritle, conductor of the Oratorio Society of NY and Musica Sacra, and host of the new “Choral Mix with Kent Tritle” on WQXR, updates us on all things "Messiah."

Trinity Church has presented Handel's Messiah every holiday season since 1770. Tonight at 7:30 pm, WQXR presents a live broadcast of the oratorio featuring the Trinity Baroque Orchestra.

Kent Tritle talks about what he's listening to and more after his appearance on The Leonard Lopate Show.

Kent Tritle and the "Messiah"

Conductor Kent Tritle is central to many New Yorkers’ Messiah experience. In December, he’s conducting a total of three performances of Handel’s Messiah: with the Oratorio Society of New York at Carnegie Hall, with Musica Sacra at Carnegie Hall, and playing the organ with the Philharmonic ...

Conductor Kent Tritle leads the Choir and Orchestra of St. Ignatius Loyola in a performance of George Frideric Handel's spectacular oratorio "Belshazzar," with special commentary by the conductor. Written in 1745, "Belshazzar" stands along "Messiah" as one of Handel's great Biblical oratorios. The story comes from the book of Daniel, ...