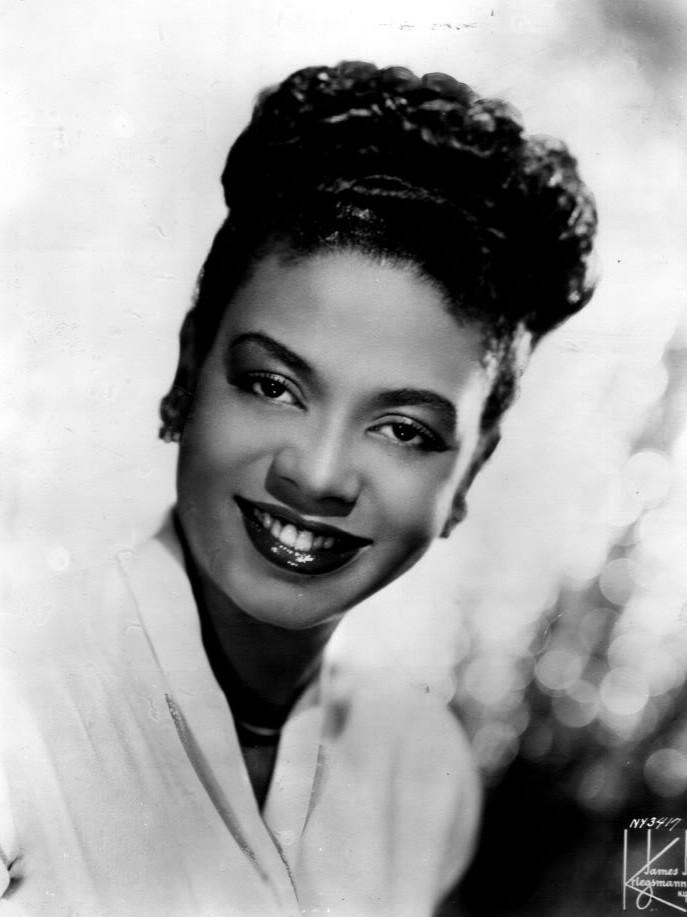 A child prodigy, born in Port-au-Spain Trinidad in 1920 and raised in Harlem, Hazel Scott’s musical talent was cultivated by her musician mother, Alma Long Scott, as well as several great jazz luminaries of the period, namely, Art Tatum, Fats Waller, Billie Holiday and Lester Young. Career success was swift for the young pianist—she auditioned and received admission to the prestigious Juilliard School when she was only eight years old, hosted her own radio show on WOR and shared the bill at Roseland Ballroom with the Count Basie Orchestra by age 15. After several standout performances on Broadway, it was the opening of New York's first integrated nightclub, Café Society, that made Hazel Scott a star. Named the "Darling of Café Society," she wowed audiences with her swing renditions of classical masterpieces. During the 1940s and 50s, her sexy and vivacious presence captivated fans worldwide, while her marriage to the crusading Congressman and minister, Rev. Adam Clayton Powell, Jr., kept her constantly in the headlines. In a career spanning over four decades, Hazel Scott was a trailblazer, becoming the first African-American entertainer to host her own television show—The Hazel Scott show aired on the DuMont network in July of 1950. Yet her outspoken advocacy of civil rights and refusal to play before segregated audiences would cause irreparable damage to her stellar career. She became the target of the House Un-American Activities Committee (HUAC) during the McCarthy Era, eventually forcing her to join the black expatriate community in Paris where she would live throughout the 1950s.  One of the most sought-after talents of her era, Scott’s legacy is now experiencing a newfound appreciation and recognition.

Hazel Scott appears in the following:

Long before Martin Luther King's "I Have a Dream" speech, the former "Darling of Café Society," Hazel Scott spoke of her  hope of a future with "all racial prejudice eliminated."