Eric Ripert appears in the following:

Frites and Fries: an Amuse-Bouche for Food Fridays

This week we're kicking off Food Fridays series, and to whet your appetite, we're sharing a conversation from last spring. In May, hundreds of WNYC listeners joined Leonard Lopate in the Great Hall of Cooper Union for a conversation with three great French chefs. Jacques Pepin, Daniel Boulud and Eric Ripert talked about falling in love with cooking in France and then finding their way to fame and fortune in America’s kitchens. 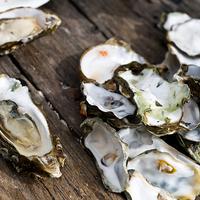 Internationally recognized chef and owner of New York's famed Le Bernardin restaurant, Eric Ripert, discusses his first TV series "Avec Eric," on PBS. It takes viewers beyond just how to cook, and instead delves into why we cook. "Avec Eric" premiers on Sunday, September 6th, at 4:30 pm, on PBS.