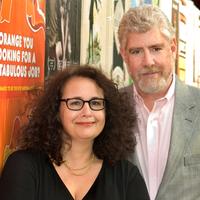 Bob Garfield, co-host of WNYC's "On The Media" and Advertising Age columnist, looks at the effects of the recession on Super Bowl advertising.