During the intermission of the final concert of the 1941 season, Aaron Copland said this of WNYC American Music Festival:

"...As a composer, I feel that the more American music is played, the sooner we will create an important music of our own in this country. This festival, it seems to me, demonstrates, at least two things. One- it shows our composers are writing more music than ever before; that they are more active, creatively, than ever before. And secondly, I think it shows that they are not being performed to the extent that they should be performed. There has been a considerable amount of criticism in that direction for many years. And I think that that criticism has helped American composers in getting performances much more than they have in the past. But nevertheless, the proportion between the amount of works available and the amount of performances given those works still remains, pretty much, what it was 10 or 15 years ago. 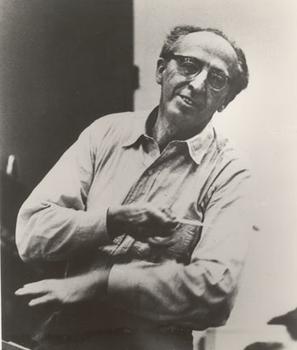 "It is through festivals of this kind that we shall develop an important music in this country. I've often felt that people in general, particularly music lovers, have only the haziest ideas as to how really outstanding musical geniuses are developed. They do not spring up overnight from nowhere. Never have and they never will. The important composer always arrives on the scene as the result of a long line of lesser men. And those lesser men -wherever they are- must be nurtured, their works must be heard, and we must be interested in everything they are doing. As a result of all that combined effort on the part of [an] entire school of composers, one day, one of those men in that school becomes a Beethoven. But the Beethoven does not appear suddenly, without warning and from nowhere with a great symphony under his arm. That again is why festivals of this kind are absolutely necessary, absolutely needed, if we are ever to develop an important music in this country. (Applause)

"Naturally, I feel that the role of radio is particularly important in this connection. You know the typical concert audience is not the most forward-looking audience in the world. The concert audience tends to know too well what they like. They're too set in their ways. They've heard too many great masterpieces. The radio public, on the other hand, not being quite so cultured, perhaps, not knowing quite so well what they like, may one day turn on a piece without even knowing who composed it and suddenly decide that they like it. That's all we want. And that's what we hope for. And so, in this development, this extraordinary development of new American music, it seems to me that we must turn our attention to the radio public. Because the radio public, not having to pay anything for admission to a hall, being able to turn off the radio whenever whatever they hear doesn't please them, that radio public holds for us, I think, our future American audiences. In closing all I can say is, I hope for bigger and better WNYC festivals in the future...(Applause) Thank you."

Thanks to the NYC Municipal Archives and its Director, Kenneth R. Cobb, and to Andy Lanset for his research and preservation work.