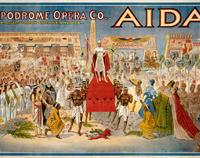 WNYC is a media partner for the Dahesh Museum of Art’s “Salon Thursdays” Inaugural Event.  A talk and a booksigning with Fred Plotkin exploring Aida and Egyptomania. Mr. Plotkin will discuss the opera, where and how Verdi found his Egyptian influences, its reception at the Cairo Opera House in 1871, and the many meanings it contains.

WNYC is a media partner of the Comadres Y Compadres New York Writers Conference . At the Medgar Evers College of the City University of New York. This conference will provide Latino writers with access to published Latino authors as well as agents and editors who have a proven track record of publishing Latino writers.

WNYC is a media partner of the Caribbean Crossroads Exhibition three-day symposium bringing together scholars and practitioners from across the Caribbean and its diaspora. Presented with El Museo del Barrio, the Queens Museum of Art and The Studio Museum in Harlem. October 11 to October 13. 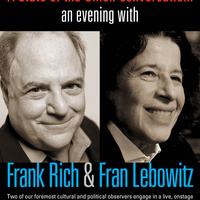 An Evening with Frank Rich and Fran Lebowitz

WNYC is a media partner of “An Evening with Frank Rich and Fran Lebowitz”. A live onstage conversation around current themes relevant to the presidential race. 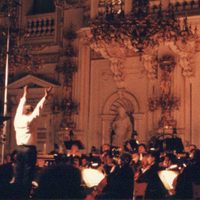 WNYC is a  media partner for the Beyond Cage Festival, highlighting some of John Cage's most significant works and his legacy in the music of our time.