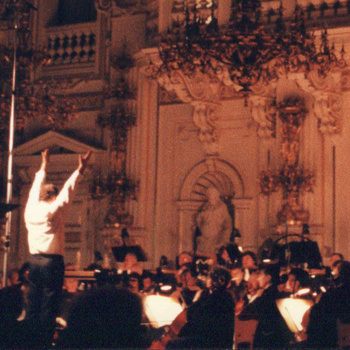 WNYC is a  media partner for the Beyond Cage Festival, highlighting some of John Cage's most significant works and his legacy in the music of our time.

In conjunction with the centennial of John Cage’s birth, artistic director Petr Kotik and S.E.M. Ensemble, Inc present “BEYOND CAGE – John Cage at 100 / Music at 2012”, a festival highlighting some of Cage’s most significant works and his legacy in the music of our time.

BEYOND CAGE will also offer the unique opportunity to hear performances and discussions of Cage’s music by longtime collaborators and interpreters such as Joseph Kubera, Christian Wolff, Petr Kotik, and Talujon Percussion Ensemble, among others. All the living composers will participate in the performance of their work.

In the mid-20th century, Cage created pieces that opened a new path to the composition, performance and perception of music. The festival’s nine program will span four generations from Cage and his close associates (Morton Feldman, Christian Wolff and Earle Brown) to young emerging composers, and will display the composer’s broad and lasting influence on today’s composition.