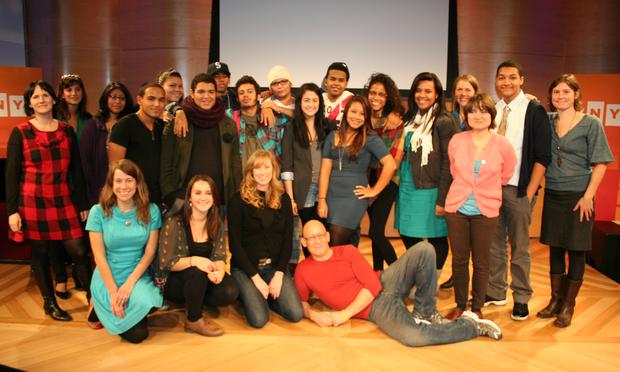 Radio Rookies partnered with the NYC Salt teen photography program to create multimedia stories documenting Roosevelt Island’s Main Street. Many New Yorkers know little about Roosevelt Island besides that the tram takes you there. Over the course of a 6-week intensive workshop, the Short Wave Rookie Reporters found all kinds of fascinating stories on this island that's so close, yet so different from the rest of the city.

Their stories are part of a collaboration with the Mapping Main Street project which aims to collect stories from all of the more than 10,000 streets named Main in the United States.

Short Wave Radio Rookies went to Roosevelt Island's Main Street to report multimedia stories. They found a colony of cats and a whole community of people who love them.

Living in Pain on Roosevelt Island

Roosevelt Island's Octagon building has a long history. It started out as a "lunatic asylum" and ended up as a high-end apartment building.

Wandering up and down Roosevelt Island's Main Street, these Shortwave Rookies realized that the infamous Noel wasn't the only character out there.